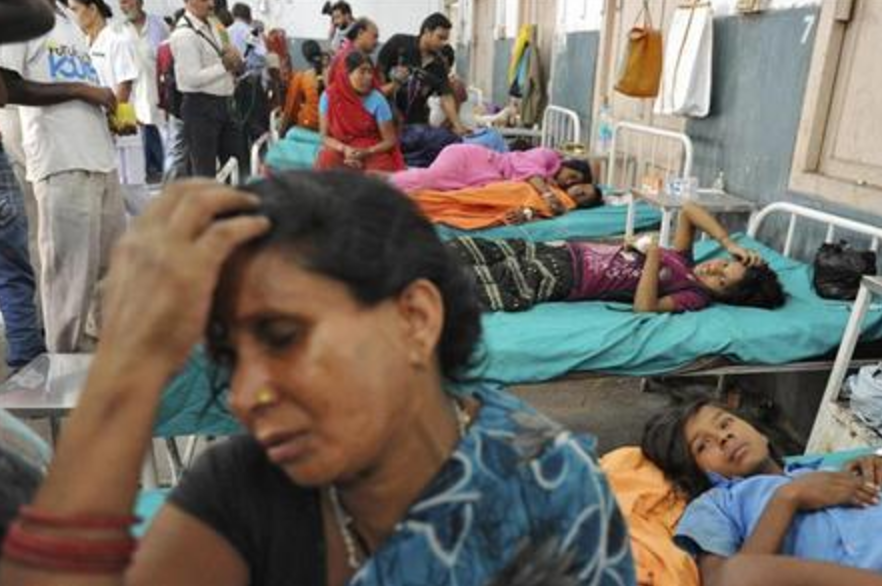 On November 8th, there was a massive disaster that hit India that most people did not hear about. When most of the world was watching the US election, no one noticed when the prime minister of India, Narendra Modi, made the suprise announcement that they planned to demonetize the country and make everyone use credit.

This means that India just did what what Sweden, Australia, and many other western countries have been waiting to do – end the exchange of cash. In our latest podcast, we talk with our partner who is on the ground in India and can’t leave his house because the entire nation is in disarray. “This is our 9-11,” our partner said from India – referring to the terrorist attack on America on the 11th of September, except in India, their disaster came on the 9th of November.

Why would banks want to get rid of money? Well in India they say that it helps to get rid of the ‘black money’ – meaning the money that is used for illegal activities.

In reality, it gives the bank and government more control on daily transactions of all people. The new law in India means:

People are in full panic. The Indian government has said that people have to deposit their old notes into the bank before they become obsolete, which has led to long lines of people snaking around the block of every major bank in India. There are reports of more than three dozen people dying because hospitals, ambulances, and pharmacies refuse to accept cash and cash has been the only thing that some people have to offer. A child reportedly died at a hospital owned by Union Culture and Tourism minister Mahesh Sharma, after the staff refused to take cash for the treatment.

Several poor elderly people have committed suicide because all of their savings was in cash and they did not see any future with the government making their savings worthless. So why aren’t people talking about it and what does this mean for missions?

You are NOT hearing about this on the news because so many western governments want to do the same thing and they do not want their constituents hearing about the possible disasters, like what has happened in India.

From a missions perspective, this is a disaster! Because most of our mission activities are illegal, our transactions pertaining to those projects are done in cash. This keeps the activities of the missionaries more clandestine. These projects are seriously attacked when the government (that does not allow evangelism) and the bank work together.

You can learn more on this podcast: