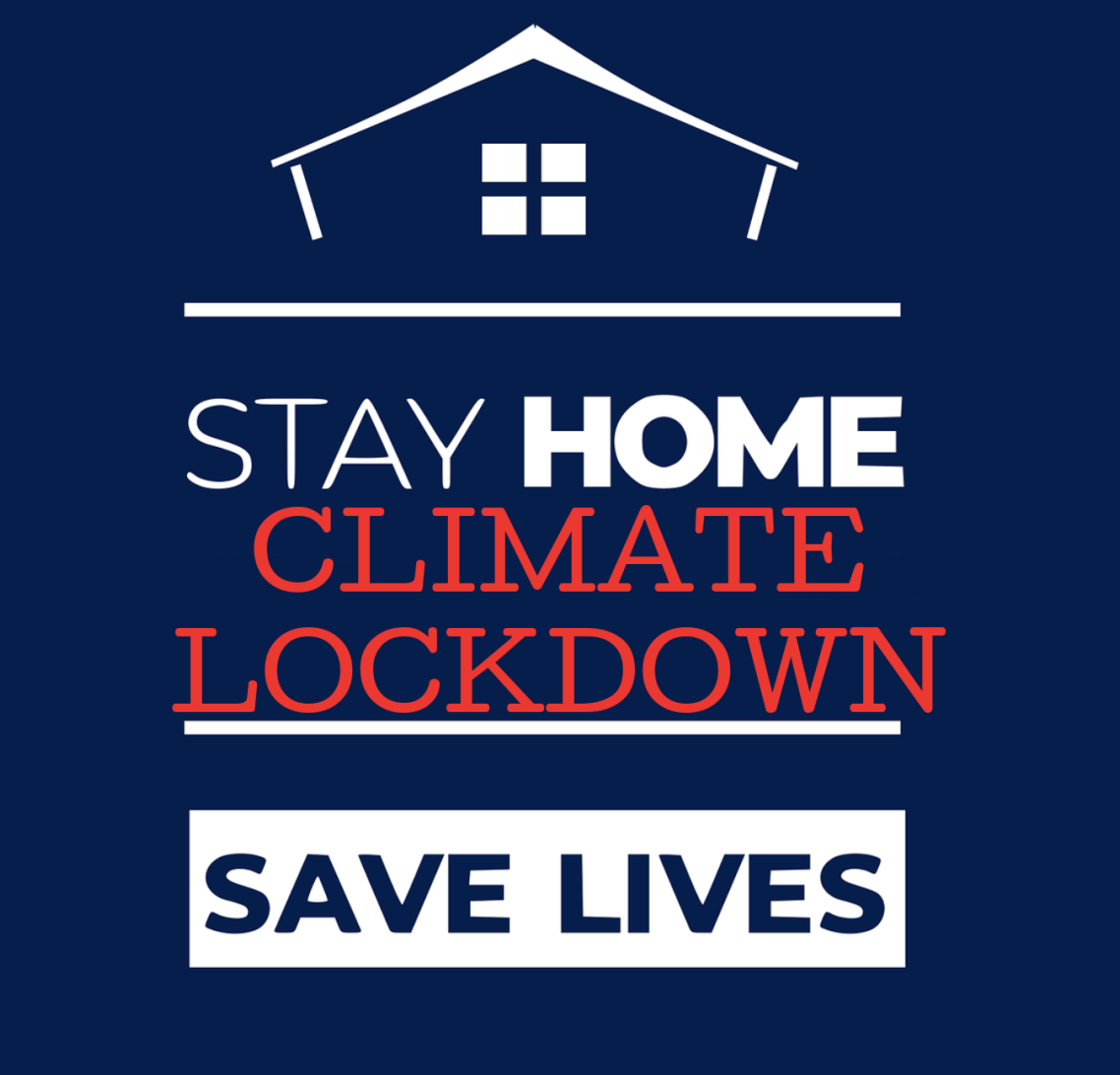 Could we see a worldwide Climate Lockdown to combat Climate Change in the same way that we have seen it used to combat COVID?

The last two years have been an insane example of what governments have the power to do in the name of public safety and, whether you agree with lockdowns to combat a pandemic or not, you have to admit that the worst impulses have very little balance of power to be checked by the people.

In some ways, COVID restrictions have been a dress-rehearsal for governments to see what they can do in the name of “public health.”

In 2020 and 2021, with very little resistance, international travel screeched to a halt, small independent businesses were shut down, citizens were locked in their homes, papers suddenly became mandatory for venturing out to public venues, electronic contact-tracing went global, churches were shut down, prayer meetings banned, and even singing hymns was illegal in certain countries.

Now – imagine for a moment that the very same argument is made for Climate Change in the name of public health and safety.

Could the lockdowns of 2020 and 2021 be the answer for fighting Climate Change and saving the future?

United Nations envoy for climate action, Mark Carney, says that Climate Change is a much greater threat than COVID. “When you look at climate change from a human mortality perspective,” he says, “it will be the equivalent of a coronavirus crisis every year from the middle of this century, and every year, not just a one-off event.”

So, how do we address this disaster? How can we save lives? How can we keep people from dying in the streets as a result of climate change?

According to the UN, China’s reduction in pollution production saw massive drops in 2020 and 2021 due to the Covid lockdowns. South East Asia, overall, saw a 40% reduction in the level of harmful pollution caused by traffic and energy production in 2020.

Not only did China see a difference, but Europe and North America also saw emissions reductions and improved air quality in 2020.

Perhaps this is the answer we have all been looking for to combat climate change and save lives!

Would those who complain about access to businesses and loss of basic freedoms be labeled as selfish science deniers, as they have been during the COVID pandemic?

This is not hyperbole. Calls for drastic government measures have been at the forefront of solving the climate crisis and if a rational argument can be made for saving lives, as in the case of COVID lockdowns, then basic religious freedoms will be no doubt be laid down on the sacrificial alter of ‘public safety.’

China’s banning of churches and spreading the Gospel has been taking place for decades in the name of ‘public safety.’ Like the advocates of lockdowns for Climate Change, the Chinese government backs up their arguments with science and law.

Perhaps we have all learned a little something from COVID?  Maybe some governments learned the true nature of their power in the name of public safety and maybe some Christians have learned the limits that they are willing to go in choosing between following the Word of God and the laws of man.