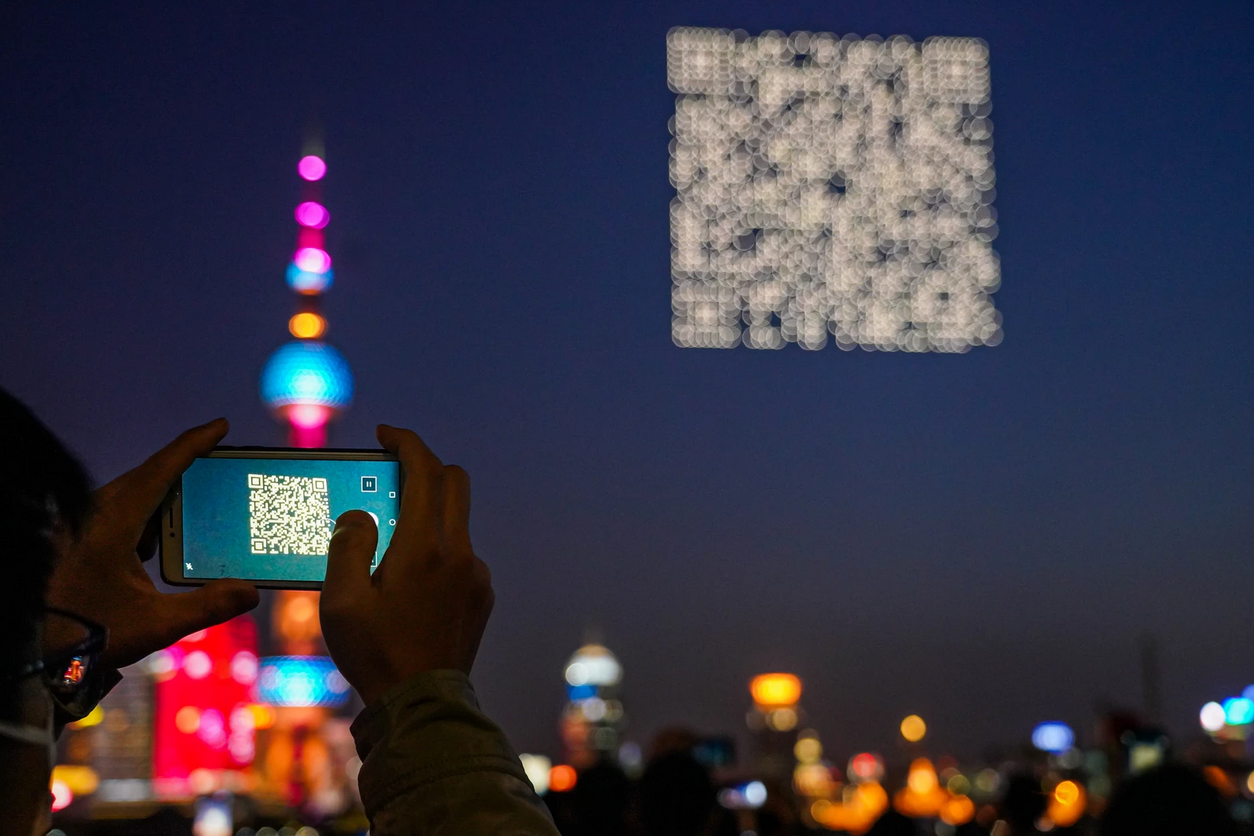 Hundreds of drones were launched in Shanghai on Saturday night and lit up the sky with a massive QR code.

QR codes are used for almost everything in China, including permission to travel during the pandemic, but this QR code was special. It was a massive advertisement campaign run by a Chinese video-streaming company called Bilibili on the first anniversary of the Chinese release of the wildly popular role-playing game Princess Connect!

The floating QR code that lit up the night sky in Shanghai’s Bund district was created by 1,500 illuminated drones that linked to a homepage set up by Bilibili.

Is this the future for China’s advertising?