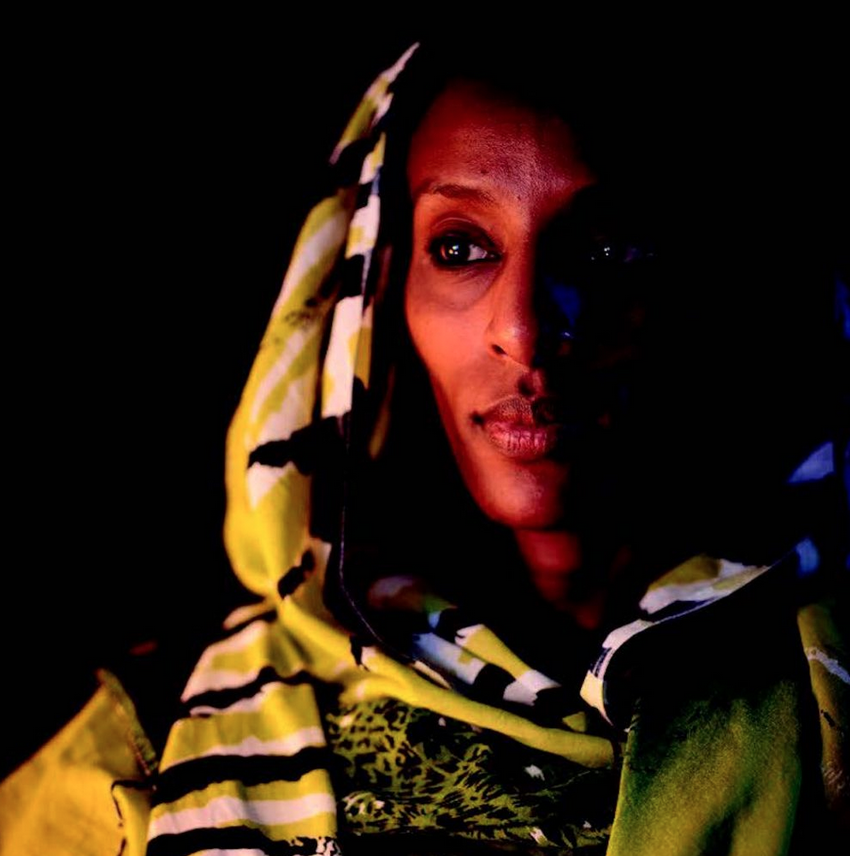 It was Christmas Eve. Mariam had bought all the food she needed for a huge Christmas celebration, but something was about to interrupt her plans. Amid the excitement and preparations was the gnawing reality that she had been summoned to the Islamic court of Sudan. She was being charged with apostasy, leaving Islam.

“Before you stand in front of the judge today, you need to know that the best option is to accept Islam and say the Shahada in front of everyone,” Mariam’s lawyer told her. The Shahada is the confession that there is no god but Allah and Muhammad is his prophet.

“No, I will not,” Mariam said to her lawyer, shaking her head. “I will accept the punishment coming to me, but I will not deny Jesus and accept Islam just to escape jail or to keep from being executed.”

“Please consider it,” Mariam’s lawyer pleaded again, but Mariam could not entertain the idea. She had come too far with Jesus. She clung to His word in Isaiah 41:10: “Do not fear, for I am with you.”

Mariam was excited to celebrate the birth of Jesus. In Sudan, Christmas is not celebrated, so when she walked into the courthouse on Christmas Eve, it was just another day for everyone else.

When her charges were read, the entire courtroom went silent following the sounds of hissing, like air slowly being let out of a tire. When Mariam tried to defend herself, the prosecutor audibly gasped, because it was not acceptable for a woman to speak out in court.

She didn’t look down. She wasn’t ashamed. She wasn’t a scared little dog they could simply kick at will. She felt the Spirit of the Lord and was bold.

The judge ordered that Mariam be removed immediately from his courtroom and sent to jail. The court bailiffs came and handcuffed her. Mariam had never been handcuffed in her life. The feel of cold, hard steel rubbing the knob on her wrist bone was new. She was sent to jail together with her newborn son.

After arriving at the clinic, Mariam got her first Christmas gift – the news that she was pregnant again!

Now she was in prison with both a baby in her womb and a newborn in her arms. The Sudanese jail was no place to spend Christmas. It was only about six in the evening, but there was not much light in the dark, dank, dungeon-like cell area. One large cell was divided into two smaller cells by a brick wall down the middle, with one side for men and the other side for women. The female side was less populated, with only eight women leaning against the bars trying to get a good look at her.

When Mariam stepped into the cell and the door slammed shut behind her, the gravity of the situation hit hard. She was with her young son, in jail, having been accused of a crime punishable by death.

Most of the women looked younger, most likely in jail for prostitution—a common crime in Sudan.

Mariam had nothing else to feed her son. She opened the bag she had brought for him and noticed she only had two diapers left.

As the sun began to set, cold winter drafts from the cloudless desert wind swept through the jail, dropping the temperature by several degrees within minutes. There wasn’t any way to block the outside winds. The iron bars on the windows left openings for the night chill to enter. Not knowing she would be in jail on Christmas Eve, she hadn’t brought any warm clothes. She had anticipated being at home eating homemade Christmas cookies and preparing the lamb for the Christmas feast.

She had a deep urge to say, “Please help us. It’s Christmas,” but knew her plea would be lost on the guards, since Christian holidays are not recognized by Muslims. She shuffled across the cell and found a corner to huddle in. She got a thin blanket from the prison and laid her son down on it. It was the only insulation between him and the cold, hard floor. She took off her top-layer sari, leaving only her undershirt on, and used it to wrap him up to keep him a bit warmer.

She crouched over him and wept as she rocked back and forth, shivering. She tried to keep from making any noise. She didn’t want the other women to know how afraid she was. She had never been in trouble with the police before. She had never been arrested or put in jail. She was not a hardened criminal; she was a common housewife. She just wanted to go home and put her son in his own nice, warm bed.

She continued to rock back and forth, crying. She silently prayed without ceasing, “Help me, Jesus. Help me, Jesus.” This was all she could think to say. Her mind was so confused, and in such a state of shock, that she couldn’t piece together any other thoughts. She cried until her eyes dried up and her head throbbed.

“Honey, it is going to be okay,” a woman said, but Mariam paid no attention to her. She could tell the other women were veterans who had been in jail before. It didn’t seem to be as big of a deal to them as it was for Mariam.

She didn’t want to make friends or enemies. She wanted to get out as quickly as possible. But something inside of her told her this would not be a quick visit. She began to cry again, even as she was dozing off. Mariam wasn’t falling asleep, but she wasn’t completely awake, either. The jail cell lights were still on. She drifted in and out of consciousness, not knowing which of her thoughts were dreams and which weren’t. She could feel herself giving up. She had thought she had the strength to endure, but she didn’t.

Late in the evening as Christmas Eve was bleeding into Christmas morning, Mariam was between sleep and consciousness, when suddenly she felt a soft hand touch her shoulder. The hand wasn’t necessarily warm, but it warmed her body. As soon as she felt the hand, she heard a soft voice say, “You are not alone.”

The lights were still on. It was dark outside, but it was bright enough in the prison cell for her to be somewhat certain that what she had felt and heard was not an illusion brought on by the mysteries of the dark.

“Jesus?” Mariam asked, sure it must have been He who had touched her shoulder. “Jesus, is that You?” She didn’t see anyone else who could have spoken to her in such a sweet, loving voice.

“Guard!” one of the women called out. A guard soon appeared to see what the commotion was about.

“The new girl,” they said, pointing at Mariam. “She has gone crazy. She’s talking to Jesus.”

Happiness flooded her body once she realized Jesus had touched her shoulder in the prison cell. She was filled with overwhelming joy that could only be expressed in laughter. It started with a quiet, suppressed giggle, but it grew into a small chuckle, then into bigger, louder laughter.

“Oh, my. She is insane,” the women chattered.

“Are you okay?” the officer asked. “Do you need to go to the hospital?”

“No, I am okay!” she said, mid-laughter. “I just saw Jesus!” When she said that, they all thought she was even more insane. “Jesus talked to me!”

“I swear, two minutes ago, this woman was crying uncontrollably,” said one of the women. “Now? Now, she says she is talking to Jesus? Now she is happy and laughing. She is crazy!”

“Well, let Jesus come and take you out of here,” the guard sneered, clearly growing upset and combative. He opened the door and whacked her twice on the back with a short rubber whip, but Mariam didn’t feel a thing.

Somehow, in that midnight hour on Christmas Eve, Mariam had gone from despair to complete happiness. The peace of the Lord fell on her like anointing oil. Her heart filled with joy, and she couldn’t stop laughing. Just at the moment she had thought she couldn’t take any more, Jesus came and gave her the strength to go on.

Christmas morning dawned, and Mariam was a new woman. She was bold and without fear. She would need the strength of that evening as she faced the darkness of torture, mutilation, and humiliation. Mariam was sentenced to 100 lashes and death by hanging, but she still refused to deny the Jesus that was born on Christmas morning.

If you would like to read Mariam’s complete testimony, you can do it by clicking below: