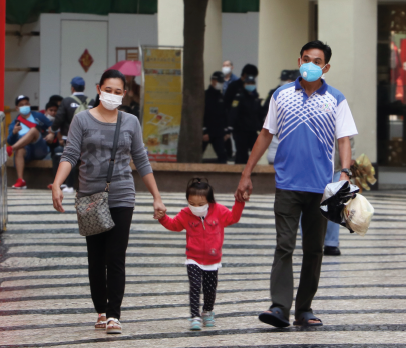 The coronavirus has absolutely devastated the world economy in a way that hasn’t been seen since WWII. Unfortunately, most people have been bombarded with so much misinformation that they are simply not sure what to do or who to believe.

Let’s be honest. Most of the news is absolute garbage. Who wants to listen to it?

Back to Jerusalem is a Chinese ministry, not a news agency, and that is why we have been at ground zero since day one. As a ministry, we use all of our resources to update our supporters, readers, and prayer partners with the most accurate information possible.

Back to Jerusalem teams and partners work in the Chinese city of Wuhan and were among the first to sound the alarm in January 2020. Most mainstream media news anchors and reporters have never been to Wuhan and have no sources on the ground. They basically tell you what the Chinese government wants you to hear.

All of the information that BTJ shared in the earliest months of the coronavirus outbreak has stood the test of time and proven to be correct even after several months of changing information from some of the most trusted news sources.

Back to Jerusalem has built more than a hundred medical clinics in China and has an extensive network of doctors and medical staff who were trained by BTJ. In addition to this, BTJ currently runs community clinics in China with Christian staff that give regular updates about the situation with the virus. We have our ear to the ground and use those resources to provide timely and trustworthy information.

If you would like to understand what is going on in very simple terms, we have posted a SPECIAL TWO HOUR PODCAST on www.backtojerusalem.com. Look for Episode 460: Coronavirus Update – How Many People Have Died In China?

In this podcast we answer the questions:

In addition to laying out a detailed timeline, discussing the origin of the virus and how many people in China have really died, we also share SIX important factors that you will simply not hear anywhere else.

First! When evaluating the timeline in our special podcast, we point out something that you might not know and that is Thailand is ground zero for what we know today – not China. China lied for as long as they could. Thailand was the first nation to tell the world the truth and open up the eyes of the world to the dangers of the coronavirus. In our special podcast we share why.

Second! The World Health Organization was a part of a major cover-up in China. In January and February, the WHO was aware of the deadly virus and deliberately ended ALL of their reports on the coronavirus in China with one very important sentence: “WHO advises against the application of any travel or trade restrictions on Thailand based on the information currently available on this event.”

Third! Five million people fled Wuhan in late January. Five million people! The WHO recommendation gave a window of flight available to those in Wuhan to travel around the world to South Korea, Italy, England, America, and many other countries. During our SPECIAL TWO HOUR PODCAST, we share how we know details regarding this great flight that was aided by the WHO.

As a result, when China arrested doctors for sharing information, beat medical staff for leaking reports, and made it possible for reporters to disappear in Wuhan – WHO praised the Chinese response for being quick and strong.

When China refused to share information or samples of the live virus and did not allow WHO doctors access to Wuhan facilities, the WHO praised the transparency and urged the world to follow the Chinese ‘model’ response.

Fifth! 21 million people vanished in China since the beginning of the coronavirus outbreak. 21 million phone accounts – mobile and landline – disappeared. Poof! Gone! Why?

We share with you what most likely happened to those 21 million accounts as it relates to the real death count in China.

Sixth! The only scientific lab in the world studying the coronavirus was located smack-dab in the middle of Wuhan – the place where the virus broke out. There is overwhelming evidence that the coronavirus came from a virology lab in Wuhan and we lay it out for you.

We share this information and much more on our SPECIAL TWO HOUR PODCAST available exclusively at www.backtojerusalem.com.