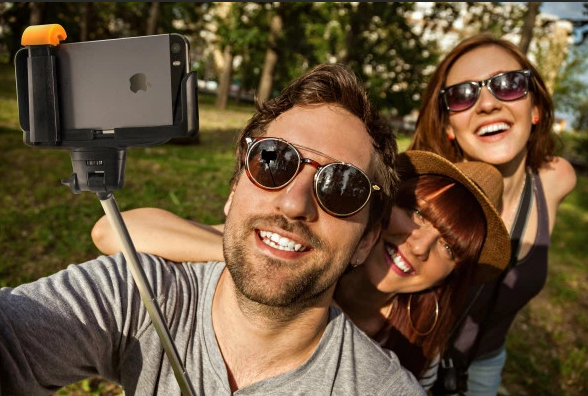 Have you ever been surprised at how much stuff you have? We are literally a generation of Christians with more and more stuff – cars, clothes, gadgets, widgets, furniture – lots and lots of stuff. Many of our homes have massive garages, which are not really for our cars, but extra storage for our sh….stuff.

Oh, I know, it seems hip to recycle and love the green earth, but our generation is so so so far from living a really green life.

Now, the old-time Christians – they were the true green earth recyclers. They used and reused everything! The elders of the church 80 years ago, they were WWII and Korean War vets. They didn’t just show people where to sit and hand out bulletins – they doubled as a handyman that could fix every gadget known to man so that it could be used over and over again.

Today, metrosexual-millennial-iced-mocha-cappuccino Christians have a broken gadget – they just throw it away and buy a new one – or two – or three. In fact, recent studies have shown that millennials are more likely to break their old iPhone on purpose to justify to themselves the need for a new one when the newest model hits the shelves.

For many of us, the newest gadgets brings us happiness. Going out and shopping for new clothes to celebrate friendship or taking a family member to the mall can feel like spending quality time together. Buying new stuff can give a special buzz of endorphins that is equivalent to riding a roller coaster or falling in love. Sometimes, we like to buy stuff when we are sad as a kind of therapy for the soul.

As a result, millennial Christians often find themselves on an endless treadmill of materialism, full of purposeless clutter distracting us from our true calling.

In the Sermon on the Mount, Jesus explains how we should live among material possessions:

Do not store up for yourselves treasures on earth, where moth and rust destroy, and where thieves break in and steal. But store up for yourselves treasures in heaven, where neither moth nor rust destroys, and where thieves do not break in or steal; for where your treasure is, there your heart will be also (Matthew 6:19–21 NASB).

We’re called to put our energy and passion – not in the things that fill our garages and closets, but in the Kingdom.

Makes sense, right? Welp, unfortunately, many of us love our stuff—a lot. We love shopping for it, collecting it, showing it off, and putting a picture of it on Instagram.

Now the Bible is not against us owning stuff, as long as the stuff does not own us. In other words, when our stuff keeps us from completing the purpose for which we were created, it is no longer a good thing.

Chinese Christians in the underground house church live lives of minimalists so that they can put as much passion and energy into the Great Commission as possible.

“Is that what you are taking,” the American missionary responded, almost laughing at how little Lotus was bringing.

Puzzled, the Chinese missionary honestly responded, “Oh, am I bringing too much?”

Lotus knew that the people in North Korea had very little and wanted to live as one of them. Once inside North Korea, although she had access to a car, she chose to ride the bus or walk from village to village – just like the locals. In doing so, she built a special relationship with those that she was serving and led many North Koreans to Christ.

If you would like to place your treasures in heaven and not on earth, then there are many ways to do so.

One way of course is to join together with missionaries like Lotus, who are serving on the field with those that do not have a lot of ‘stuff.’

For less than $1 per day, you can help BTJ missionaries to

Only $1 per day may not seem like it will buy that much ‘stuff’ … but to those we work with and help every day across the world …it is everything!