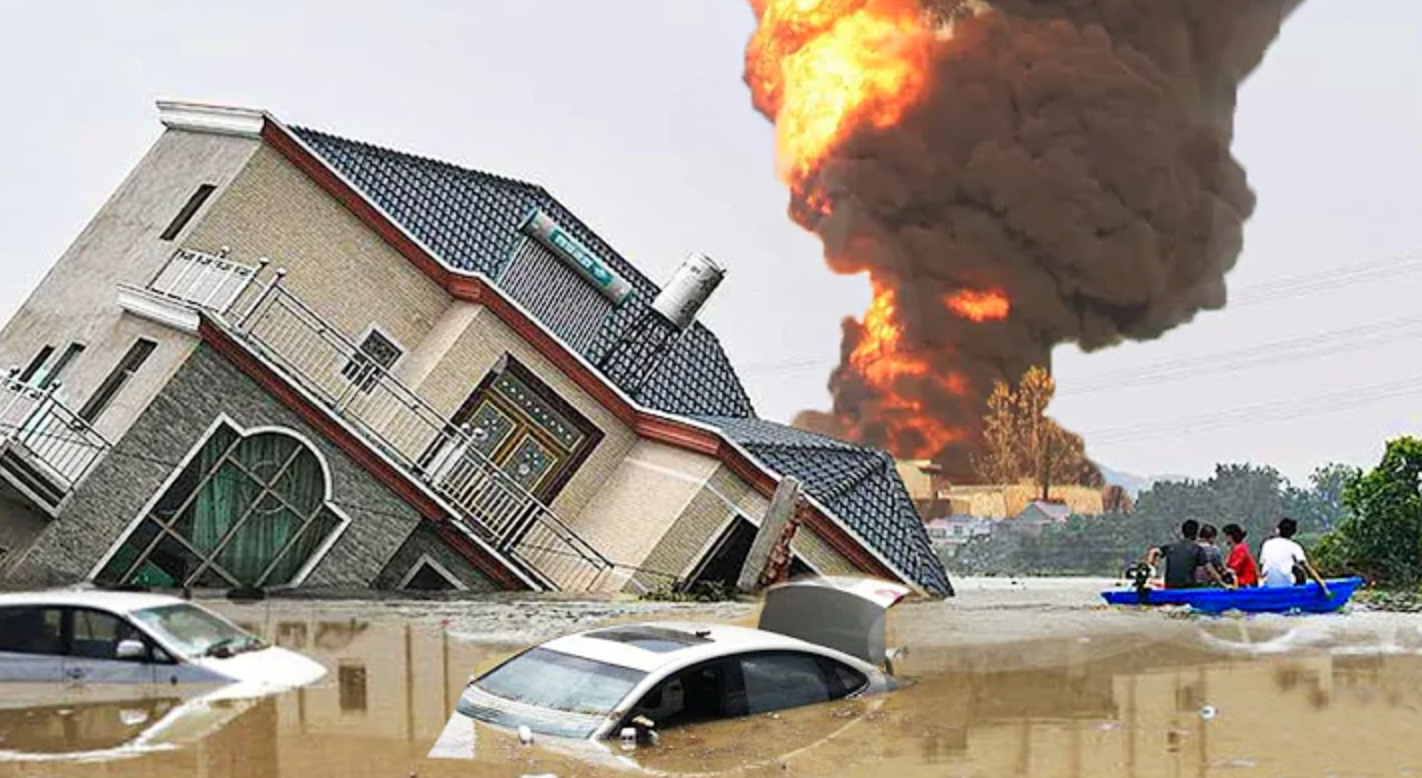 In the last few hours, China has experienced catastrophic flooding in Henan Province’s capital city of Zhengzhou.  Some are calling this the worst flooding to ever hit China.

Three people have been found dead, more torrential rains are expected for the next two days and there are serious concerns that a massive dam might give way under the pressure from the rain. Henan Province has about 100 million people, which is more than ¼th of the total population of the United States in just one Province. Many Chinese have suddenly found themselves trapped at home, in subway stations, and residential buildings and have been calling for help, but there are not enough emergency responders to answer all of the calls.

At the same time today, a large factory exploded in what appeared like a bomb.  It was caught on video seen here:

Henan is the home to three of the largest underground house church networks and has perhaps suffered the most persecution in the last two years of any of the other networks. BTJ partners are on location and working around the clock to provide emergency aid to the victims.

Right now, more than 10,000 residents have been moved to shelters and secondary locations. BTJ is sending food, blankets, and hygiene kits.

Please consider a one time donation to this effort. A gift of $20 USD can provide one blanket, a five pound bag of rice, and hygiene products. You can donate now by clicking here: