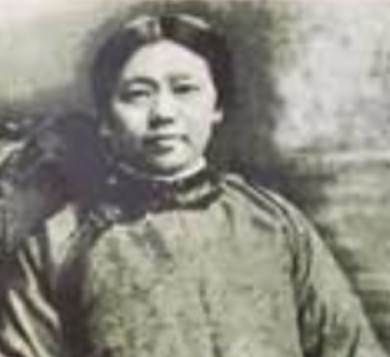 When people think of Chinese Christian heroes, is there anyone that we think of as highly as Watchman Nee? I mean, he is a legend! Only superheroes get names like Watchman as their first name!

Watchman was one of the most powerful Christian apologists of the 20th century who published several life-changing books and spent 20 years in prison for fighting evil before he was finally martyred for his faith. He is still being recognized for his awesomeness. On July 30th 2009, US Congress officially recognized the astonishing contributions of Watchman Nee.

However, few people know the secret weapon that God used to bring Watchman Nee to Christ. That secret weapon is known as Doru Yu. Dora Yu is not a name that many Christians have ever heard of, but her ministry changed China.

Dora Yu is one of the earliest revivalist preachers to completely cut financial support from the West and “live by faith,” paving the way for today’s independent house church. Dora launched a Bible Study and Prayer House that grew into a Bible School and trained up young preachers and sent them into the most remote areas of China. She published one of the earliest hymnals in the Chinese language and is one of China’s first overseas missionaries by taking the Gospel message to Korea, making her an irreplaceable figure in the Back to Jerusalem vision.

Dora’s ministry journey in China began when she was born in 1873, at the American Presbyterian Mission compound while her father was a preacher in training. She grew up watching her father preach to the Chinese in a small village near Hangzhou.

In 1888, at the age of 15, Dora blazed a trail for Chinese women when she left home to attend medical school in Suzhou, becoming the first female graduate of the school of medicine in Suzhou.

What makes her a hero for Back to Jerusalem though comes in October of 1897, when Dora traveled with the American Southern Methodist Episcopal Church as a missionary to Korea, essentially setting the blueprint for today’s BTJ missionaries. As soon as she arrived in Seoul, Korea – she hit the ground running, practicing medicine and preaching the Gospel to local women. The number of believers in Seoul increased so rapidly that Dora was hardly able to keep up.

Dora returned to China where she had a personal experience with the Holy Spirit and became a full-time minister, preaching in fiery revival meetings. By 1920, Dora Yu was traveling and speaking throughout China, including Fuzhou, where a woman by the name of Lin Heping (Peace Lin) received Jesus and was born again.

Shanghai had an outpouring of the Holy Spirit and lives were transformed. Strong local leaders were trained up and sent out. Dora didn’t know it then, but she was laying the foundations that would help the Chinese house church through the hardest trials of the 21st century. In the same city as Dora’s Bible school was a strange and dangerous fire and it was not from the embers of the Holy Spirit revival. It was something far, far different. It was the fire of the Communist Party, where Mao Zedong was helping to recruit young people to take over the nation in the name of new age atheism.

While Dora was preaching to the masses to dedicate themselves to Jesus Christ, Mao was recruiting thousands to give their life to the Communist Party.

Hundreds of thousands of Christians were eventually slaughtered by the Communist Party, but because of the dedication of Christian leaders like Dora, the seeds of the Holy Spirit were never destroyed. They were perhaps frozen underground during the cold harsh winter of the Great Leap Forward, but they did grow again and came back stronger than ever.

Perhaps Dora could not have predicted the massive number of believers in China today who can trace their roots to her ministry, but God was always faithful and used her to change the nation of China forever.