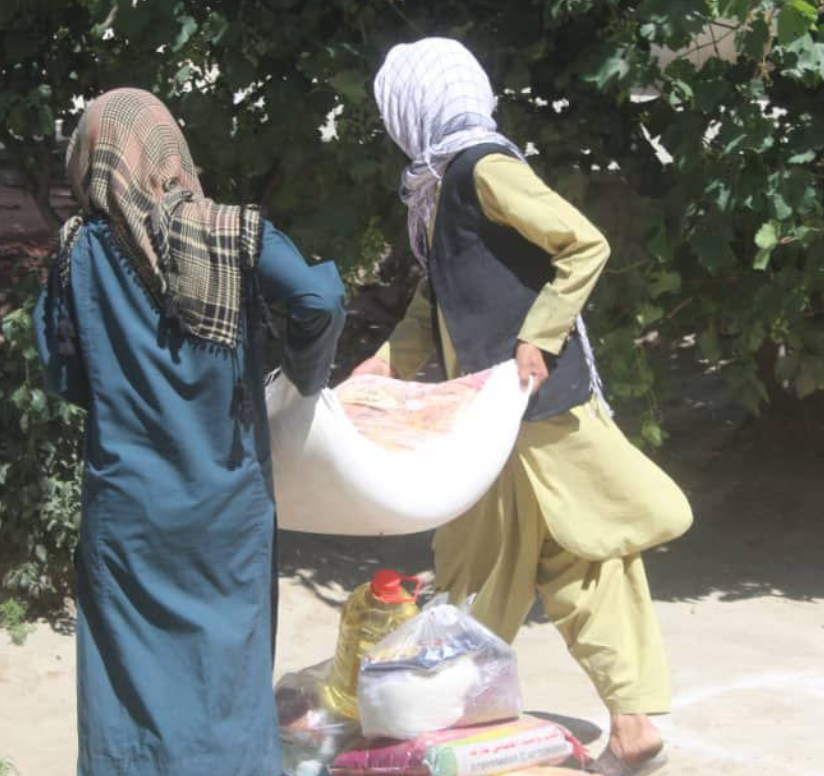 As a direct result of prayers and support, BTJ has conducted several clandestine food distributions in Afghanistan right under the nose of the Taliban.

As seen in the photos, food moved through the hands of BTJ teams in Afghanistan to make it directly to families who are on the verge of starvation. During these increasingly difficult times, not many organizations have the resources to carry out projects on the ground in Afghanistan. The Taliban have simply made things too dangerous. Most foreign organizations have pulled out, due to the safety concerns for their staff.

However, the situation facing the people of Afghanistan on a daily basis is too dire to abandon them.

According to the World Food Program, “nine out of ten people in Afghanistan do not have enough food to eat.”

The crisis in Afghanistan is exacerbated by the war in Ukraine and global inflation. One of the representatives with WFP, Ms McGroarty, said that 19 million people are suffering from food insecurity. “The scale of needs in Afghanistan are unprecedented in terms of hunger and food insecurity, and that’s really driven by the economic crisis and the continuing climatic shock,” she said. “They just don’t have the means to put one decent meal a day on the table. Over 90% of the population are just not getting enough to eat.”

The world has been watching helplessly while people suffer under the Taliban, as it continues to bring death through Islam. Entire Afghan villages are selling their young children and even their own body parts in order to survive.

There are three ways you can help send food to Afghanistan today.

2. Send a check to your nearest office

3. Join GateKeepers! GateKeeper support is often used to help in places like Afghanistan.