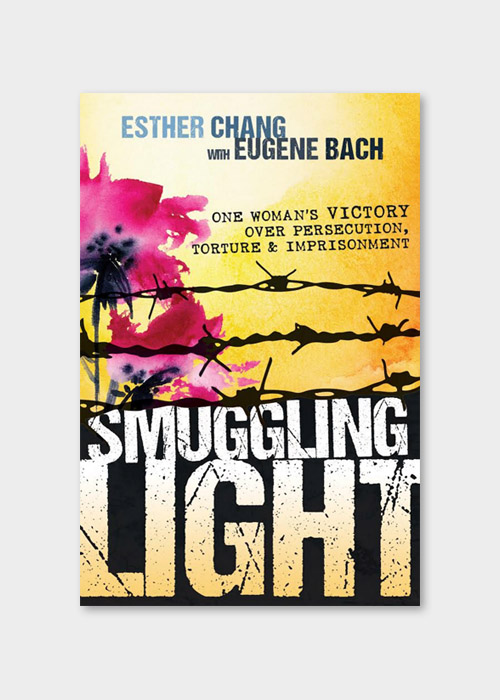 A true story about a woman who was called to do the impossible – preach the Gospel in North Korea. For her love for the North Korean people she faces prison in both North Korea and China, and is hunted down by mercenaries set on taking her life! A  must read for anyone interested in North Korea.

Smuggling Light is a true story about a woman who was called to do the impossible – preach the Gospel in North Korea. Follow Esther’s amazing journey as she runs from God’s calling, only to be pulled back by her own love for the North Korean people. Esther preaches in North Korea, plants churches, and is thrown in jail. Miraculously, she is released from prison in North Korea, but is sent to a secret underground prison for women in China, where again, she is miraculously released. Finally, she is hunted down by mercenaries from North Korea. It is a epic journey that is certain to encourage you and challenge your faith.