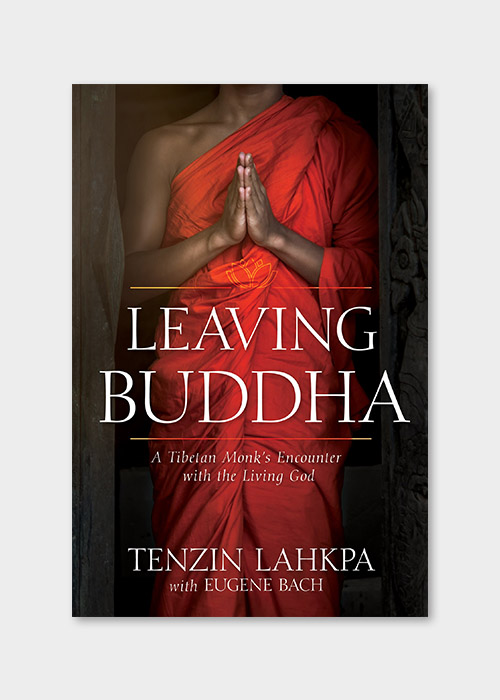 Leaving Buddha opens a window on the mysterious world of Buddhism. But ultimately, it is a moving story of redemption, reconciliation, and the power of the gospel—for all people of all nations.

As a child, Tenzin Lahkpa (a pseudonym) was forced to join a Buddhist monastery, where he suffered beatings and abuse. Even so, he grew up to be a dedicated, fervent follower of Buddha, becoming an official reader of the sacred texts and training students at the monastery. Yearning to visit the Potala Palace in Tibet, traditional home of the Dalai Lamas, he embarks on a painstaking 2000-mile trek over the Himalayas—with no extra gear, changes of clothing, or money—alternately standing and bowing prostrate each yard of the way. Inspired to continue his pilgrimage, he travels to India to meet with the renowned teachers of the Dalai Lama school. But the people he is supposed to meet have left, and the only ones remaining there are some Christians, from whom he hears for the first time about Jesus Christ and His sacrifice on the cross. On his return trip to Tibet, he begins to have dreams and visions about Christ…

This is the fascinating story of a highly dedicated Tibetan Buddhist monk who makes the radical, almost unheard-of decision to leave his monastery and follow after Jesus Christ. His hometown neighbors and former colleagues want him dead. His own family members abduct him and try to kill him by stoning. But Tenzin escapes and begins a new pilgrimage as a humble follower of Jesus and a church leader—sharing the love of God as one of only thirty Christians living among eight million Buddhists in his region.

Leaving Buddha opens a window on the mysterious world of Buddhism. But ultimately, it is a moving story of redemption, reconciliation, and the power of the gospel—for all people of all nations.

2 reviews for Leaving Buddha: A Tibetan Monk’s Encounter with the Living God

Tales from Fu Fu’s Forest: The Power of Love [Audiobook]