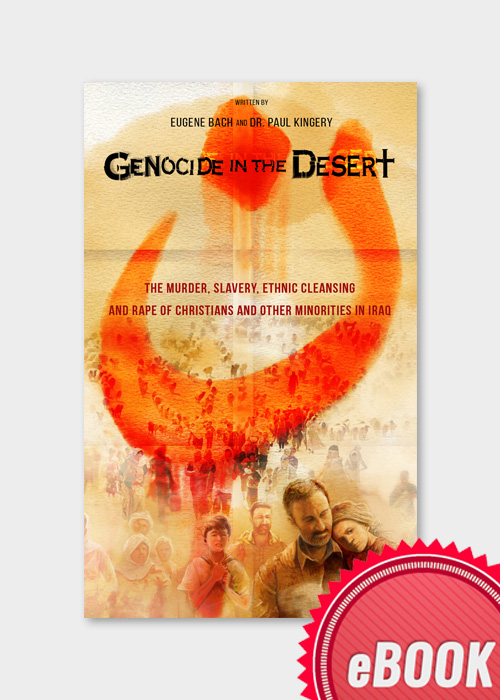 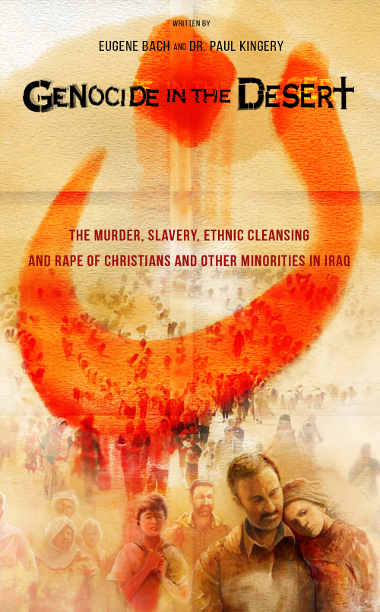 Genocide in the Desert E-Book

The Murder, Slavery, Ethnic Cleansing and Rape of Christians and other Minorities in Iraq.

Read about the Biblical history of Iraq, and see how the characters of scripture tie into and compare to todays current events. Real life testimonies of the attacks and horros of ISIS in Iraq. This will open your eyes as to what has really happened, and will prompt you to pray. Warning, not for the weak of heart or young children!

During three months in 2014, nearly one million people from ancient Christian communities were targeted in a deliberate campaign of hate. This book captures many of their untold stories for the first time.

What is taking place against the Christians and other minority groups in Iraq is a clear case of genocide, but many are finding it hard to even utter the word “genocide” for fear that it might be offensive to the Muslim world. The silence is deafening and is an indictment on the world-wide Christian church.

This genocide is not an accident.

There are few places on earth where Christianity is as old as it is in Iraq. And according to the Bible, Iraq’s geographical location is central to both the creation of man and the end times. Iraq is in the heart of the Middle East and represents the country with the most insane persecution against Christians in the world today. For Christians who take the Great Commission seriously, Iraq is in the center of the final frontier for the Gospel message. What is taking place in Iraq must not be ignored by the universal church. The same group that is attacking Christians in Iraq is also launching attacks in the Middle East, Africa, Europe, and even America. Ignorance is no longer a luxury we can afford. Ignoring the challenges in Iraq will only fuel the problem. This book boldly shows how Islam was forced on the Iraqi people to imprison them and delay the return of the Messiah. We must sound the alarm to collectively take the Gospel message into the heart of one of the last unreached regions on earth before it is too late.

Tales from Fu Fu’s Forest: The Power of Love [Audiobook]