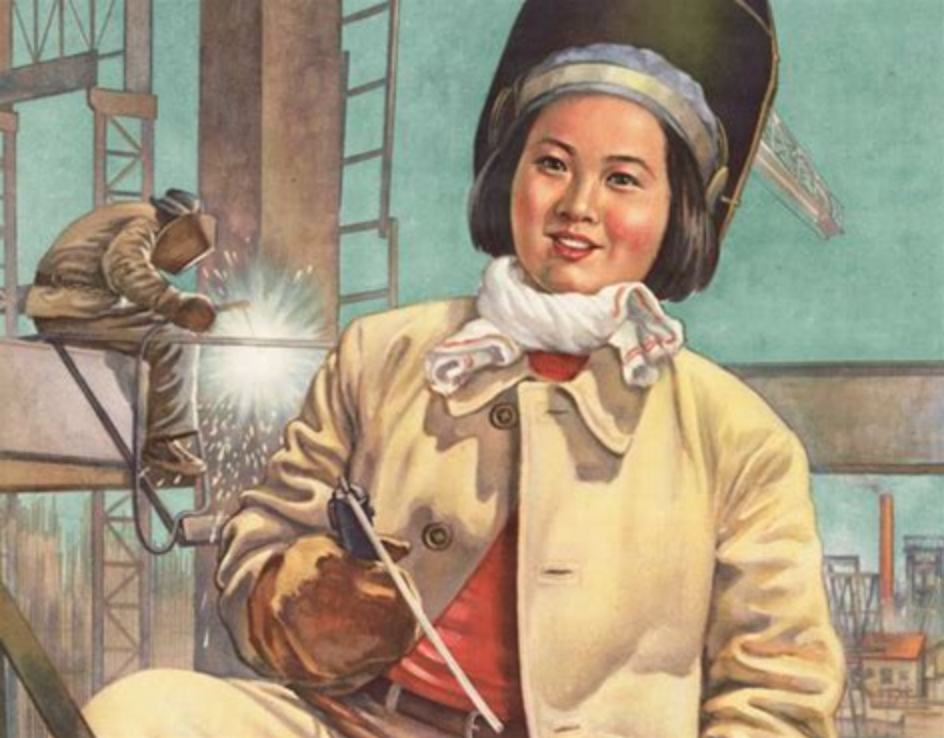 “The times have changed, men and women are the same.”

This might sound like the beginning of a speech in 2021 from the European Parliament or Harvard University, but it isn’t.

It is a direct quote from Mao Zedong.

You might think that the attack on gender is new and a part of an enlightened movement, but it is not. It is old, tired, tried, and indeed it destroyed an entire nation, but unfortunately the lesson has been long forgotten and it is women who will pay the price.

Not long after the Communist Party took power in China in 1949, Mao launched the ‘Chinese Cultural Revolution’ – a dark period in Chinese history as aggressive attempts were made to erase gender, much like we are seeing today in western society. In the 1960s, the Chinese Communist Party, empowered with the idea of evolution, essentially disavowed all gender and sexual identities. It was forcefully taught that differences between male and female were social constructs of the male patriarchy, meant to keep women down and men in power.

Massive campaigns were launched to show women as fierce fighters who could hold their own on the battlefield. Women working in factories and coal mines were exalted as patriots above those in the role of home-makers. Women were promoted as strong, robust, and muscular in propaganda that was plastered everywhere in China.

Mao’s slogan “Whatever men comrades can accomplish, women comrades can too,” was splashed across banners in China and anyone who disagreed was considered to be an anti-revolutionary and sent to re-education camp.

Re-education camps were meant to change the thinking of those who had been brainwashed by centuries of the controlling patriarchy, affectionately known as the ‘bourgeoisie’. Women were stripped of any right to grow their hair long, wear make-up or perfume, wear dress shoes or dresses. Femininity was no longer recognized (except, of course, when Mao ordered the ‘service’ of his private haram).

This was all done in the name of equality. The Communist Party was effectively ending the gender gap once and for all.

Except they did not. Not even close.

Throughout the cultural revolution, women suffered more than anyone else. Though they were not forced into foot binding (a brutal practice that ended during the Cultural Revolution), they were beaten, raped, tortured, kidnapped, and imprisoned. They were not allowed to keep their babies and had to give up their own children to be raised by the community. They were still forced into marriages and long-term servitude.

Mao’s wife, Jiang Qing, was able to gain unprecedented power that would seem to prove that women were equal to men, but still she suffered. She was removed from Mao’s living quarters, not allowed to visit her husband while he had multiple extra-marital relationships, and in the end – she was blamed for all the bad that Mao had done.

When Mao denied that God existed and believed that all humans were the result of evolution, the idea of gender-erasing seemed normal, but the Bible says that “He created them male and female and blessed them.” (Genesis 5:2)

God made both man and woman with equal value, but separate roles, in His image. Man and woman are, together, the balance of nature and made in the image of God. When we try to erase the image of God by removing the masculine or feminine identity that was given to us by our Creator, we can expect a disaster.

Millions of women suffered and died during this experiment and many young people today who have never heard of the Cultural Revolution, are headed down the road to repeating it. They unwittingly repeat the words of Mao Zedong and shout, “The times have changed, men and women are the same.”

It is important for Christians to know this history and see how the enemy is trying to aggressively strip the identity of our friends and family members.

China presents a stark warning for us, if only we are willing to listen.