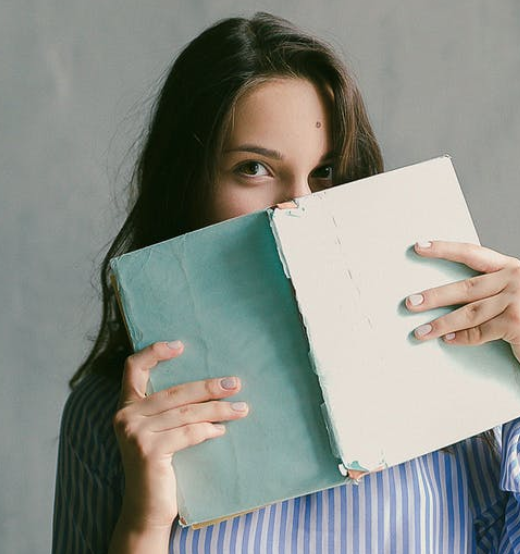 Well, here’s a lifehack – make a New Year’s resolution that is reasonable, enjoyable, rewarding and easily achievable under even the most demanding circumstances.

This year, read a book. Read one book. Read a book that will help you understand missions, politics, and the world around you.

And to all the judgmental, spiritually elite, legalistic, hawkish Christians out there – no. Before you even mention it – just no. No… the Bible doesn’t count because it is more than a book! The Bible is a mandatory instructional guide needed to assemble your life. You do not get points for reading the assembly instructions for IKEA furniture (assuming you can read Swedish) and you don’t get them for reading the Bible.

I am talking about reading a book this year other than the Bible … I’ll pause for your gasp.

No, seriously, this year make a commitment to read more and instead of making an insane commitment to read a new book every hour for the entire year of 2021, commit to something a little more obtainable – like reading just one book.

And if you are only going to read one book this year, I would like to make a strong recommendation.

I didn’t write it. I don’t know the author(s). The book does not promote ministry in any way and we do not sell it on our website, but the benefits of reading this book goes far beyond the subject matter. 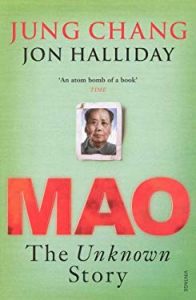 Mao: The Unknown Story is an intimate look into one of the most pivotal leaders in world history and will give you unbelievable insight into what is happening in the world today, in ways that you cannot even begin to imagine.

While following the history of China and the rise of Mao Zedong, you will be taken on a journey that will slowly open your eyes to the real agenda of the world around you.

The great biblical philosopher once said, “What has been will be again, what has been done will be done again; there is nothing new under the sun.” – Ecclesiastes 1:9. This passage of Scripture has never been truer than the story of China and the rise of Mao Zedong.

The rise of Mao Zedong was accompanied by a strong wave of anti-Christian sentiment in China, not unlike what we are seeing today. Christians were accused of denying science. They were accused of being selfish. They were systematically sent to re-education camps. Many did not survive.

Famine, disease, and unemployment hit an all-time high, so Mao Zedong took emergency powers to “save” the people. He implemented a centralized government, which eventually led to the death of tens of millions of people and a diaspora of displaced Chinese refugees around the world.

Mao Zedong’s followers led violent and bloody protests in the street in the name of equality. They demanded an end to sexism and gender roles. Gender roles were a social structure that needed to be thrown out, so China adopted the same clothing, roles, and titles for all citizens regardless of sex.

Mao Zedong’s followers demanded an end to racism against China’s minority groups. Statues were torn down. History books were burned. University professors were thrown in jail.

The police in Beijing were told to stand down. Chinese police were a part of an old patriarchal system that needed to be defunded and restructured. Their absence during the riots gave rise to the protestors, who took the law into their own hands, known as the Red Guards. The Red Guards enforced a new socialist law.

Mao Zedong implemented a new centralized banking system that is almost exactly like the New Reset that is being proposed by the World Economic Forum in Davos. This would help to explain why the founder, Klaus Schwab, has been given the highest friendship medal that China can award a foreigner and is one of the few people in the world who has an open invitation to teach at China’s most prestigious universities any time he wishes.

In 2021, the world is likely to see major changes that are even greater than the changes in 2020. There are many answers to the new challenges that we face and many of the answers that governments around the world are suggesting are not new ideas. They have been proposed before – by Mao Zedong.

Reading Mao: The Unknown Story can help us to understand much of what we are seeing take place around us today.