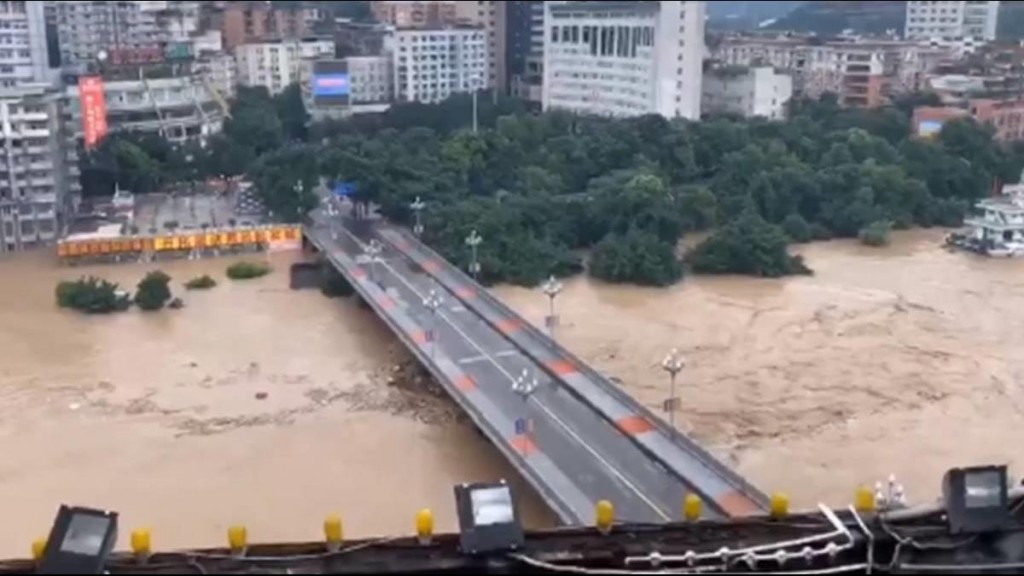 Very heavy rainfall has led to the first code red flood warning in 80 years. The Qijiang river is bursting its banks in many places. At the moment it is unclear how serious the situation is because communication has been lost in some areas.

Tens of thousands of people have been evacuated already, as water levels are expected to reach up to 6 meters (about 20 ft) above safe levels in some places.

Today the worst of the flooding is set to reach the city of Chongqing, a population centre with more than 30 million people. This is also the area from which BtJ’s work in Western China is coordinated.

Another concern is the ‘Three Gorges Dam’ downstream from the flooded areas. The Taiwan News reports:

Given that the Qijiang is a tributary of the Yangtze River, the Three Gorges Dam will be facing its biggest test since it opened in 2003. At least one Chinese scientist, hydrologist Wang Weiluo (王維洛), is questioning the dam’s integrity, given numerous cracks observed and substandard concrete used in construction.

These floods have the potential to impact tens of millions of people in the next days. Please pray that the dam will hold, and that correct measures will be taken by the government to protect as many people as possible. Please also pray for our workers in these areas, and for strength and comfort for believers impacted.