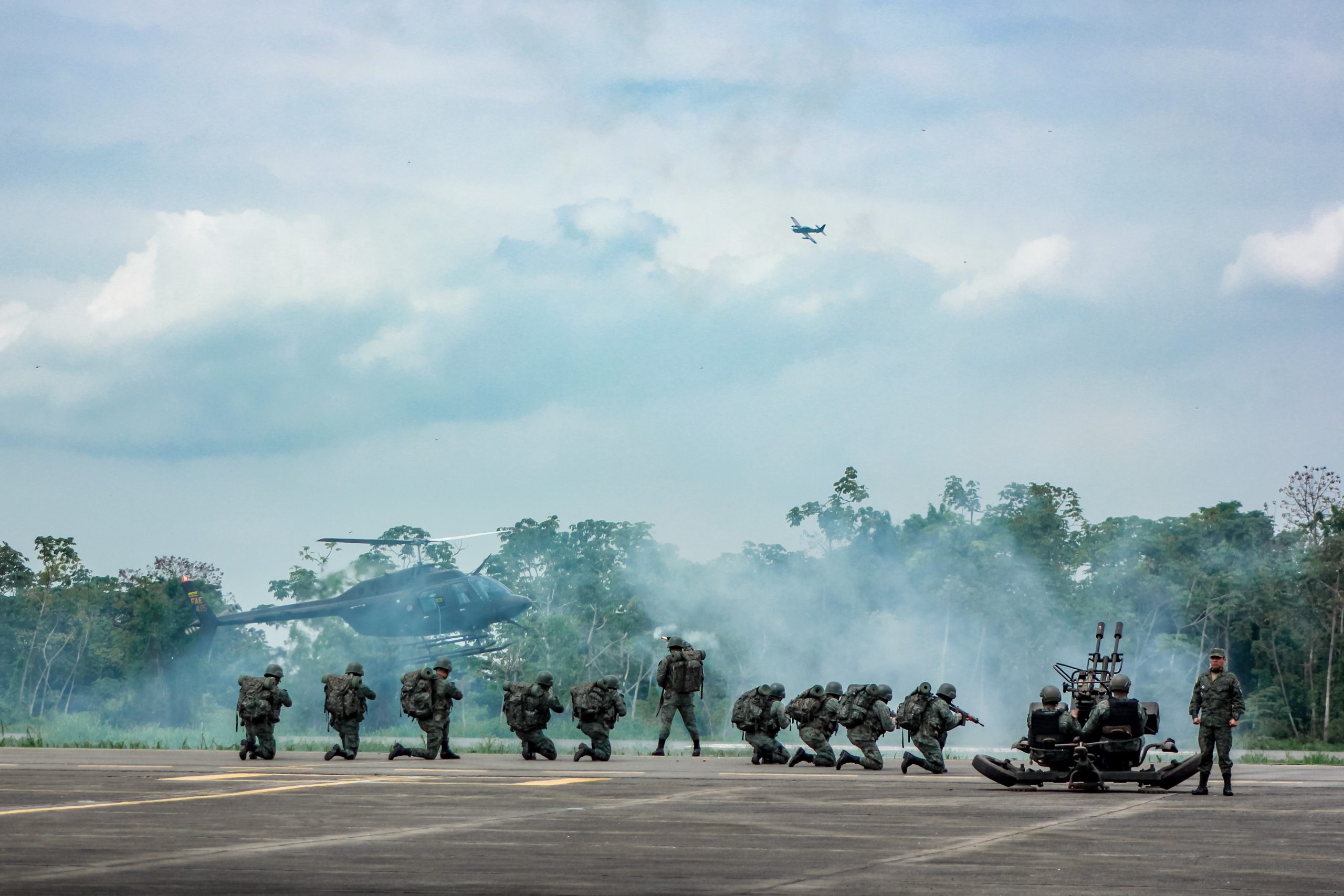 “PREPARE FOR WAR!” – This is the shocking message posted by the People’s Liberation Army of China which has since gone viral. The phrase could be translated as “prepare for war” or “ready to fight,” but China’s official English newspaper, the Global Times, makes it clear that they are “Preparing for war.”

Has the DRAGON awakened?

The Communist Party of China has spent the last four decades as a reasonably quiet military force, choosing to grow their economy and international relations rather than participate in battles.

However, this year, the world has been shocked to see a more aggressive China. At the beginning of this year, China threatened Australia with a missile attack, and just recently, China threatened to shoot down an airplane carrying or accompanying Nancy Pelosi if she chooses to visit Taiwan: an act that China sees as a violation of their national sovereignty.

Does China’s threat represent a change in strategy that is more in line with Russia’s aggressive strategy?

China has the world’s largest army, which is one reason why those who study biblical prophecy have taken notice. Could China be the aggressor to the people of Israel that the Apostle John talks about in Revelation? Are we seeing the beginnings of the Armageddon?

Revelation 16 describes the final battle that marks the end of the world, and John’s description of one of the armies could definitely be used to describe China’s army today. When the apostle John wrote about the battle he witnessed in his revelation, it would have probably seemed inconceivable that there would ever be an army of 200 million soldiers (see Revelation 9:16), especially since the population of the entire world in the first century AD is estimated to have been between 170 million and 400 million.

John shed more light on this army of 200 million by adding a few descriptive details, saying that it would come from the East and from the mouth of the “dragon.”

The battle that John observed in his vision is known as the Battle of Armageddon, (see verse 16). The term ‘Armageddon’ is used in the Bible to describe a military battle over Jerusalem which takes place in northern Israel between rebellious nations—led by the Antichrist—and Christ Himself, as He returns to the earth.

In our book, CHINA AND END TIME PROPHECY, we lay out the political, economic, and religious conditions in China that seem to be pointing to end times. It is not just China’s military threat that has reminded us of the teachings of John, but also China’s electronic ID system, facial recognition technology, social media scoring, commerce control, socially-engineered peer review programs, war against the church, persecution of Christians, re-education camps and their current program to translate the Bible into a more socialist friendly book. Couple these things with China’s multimillion-man army, aggressive military campaigns, permanent seat on the UN Security Council, and financial influence over most of the world, and there is no doubt a recipe that is reminiscent of the mark of the Beast and end-time economy prophecies concerning the “Dragon,” (See Revelation 13:16–18).

Many eschatologists have argued that references to the dragon, the beast, and the false prophet give us clues that China might be a member of the unholy trinity that declares war on Christ for a final showdown. For generations, the armies of China have been feared and have been the subject of many theories regarding the end of the age. The great conqueror Napoleon reportedly said, “China is a sleeping giant. Let her sleep, for when she wakes she will shake the world.”

Has the Dragon awakened? It has, but there is hope!

After years of watching China persecute Christians and war against the church, it is easy to connect China to the dragon with an army from the East. However, in recent years, there seems to be another army in China on the rise—one that is very different from the one described in Revelation 9 and 13. It is a Christian army in the land of the dragon that is quickly approaching 200 million. It is an army of Christian believers, pastors, evangelist, and missionaries who are experiencing the persecution Jesus spoke of when He said, “Then shall they deliver you up to be afflicted, and shall kill you: and you shall be hated of all nations for My name’s sake” (Matthew 24:9).

The rise of this new army in China is one that would not be against Christ at His coming, but rather for Him. This army of believers are currently fighting a battle “against principalities, against powers, against the rulers of darkness of this world, against spiritual wickedness in high places,” (Ephesians 6:12).

With any prophecy about end times, it is important that Christians focus on completing the Great Commission. This is the calling that we have. The final battle of Armageddon is coming, the Dragon will rise, but that will not stop every tribe and nation from hearing the Good News of the Kingdom before the return of Jesus Christ our Savior!

To read more about the role of China in end-time prophecy and how God is using the church of China to fulfill the Great Commission, you can pick up CHINA AND END-TIME PROPHECY on our website