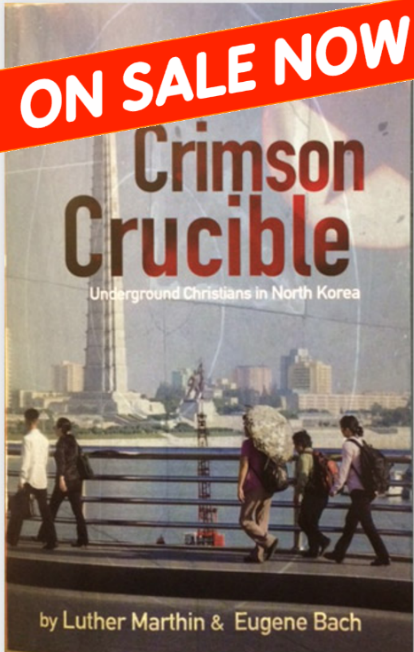 North Korea is a country shrouded in mystery. It brings to mind barbed wire, famine, and nuclear war-head shenanigans.

What is not well known about North Korea is the ever-persisting growth of the underground house church that is currently birthing in the trenches of persecution. What God has done in North Korea in the past and the new work He is doing there today will blow your mind.

For the month of February ONLY, we are offering this book for ONLY $5

There is a body of believers there that has held out for generations, even after years of persecution and attempts to destroy Christianity. Crimson Crucible is a rare first hand account of the stories of the men and women of God and how they are persevering.

This is not another book about North Korean politics or man-made solutions for their problems. It contains the latest information on what God is doing in North Korea, as spoken by the North Koreans and Chinese missionaries themselves. Be prepared to see a side of North Korea you’ve never seen before.