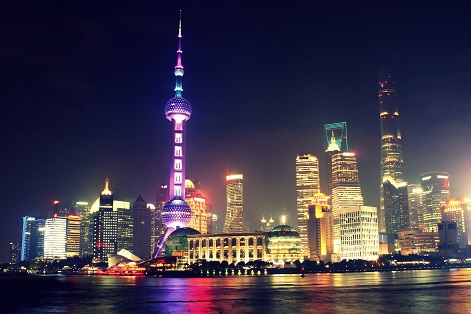 In the wake of the communist and cultural revolutions, China is in the midst of a new revolution – a spiritual revolution. Despite continued government efforts to stamp out any religious activity that is not government controlled, China is experiencing an explosive growth of faith that is largely driven by the unregistered house churches. It is said that there are at least 60 million Protestant believers in China today, with numbers increasing by the thousands every day.

Understanding the underground church in China is about as easy as ordering food in a Chinese restaurant if you don’t speak Mandarin – that is, it’s not so easy! Some house churches (for example, those in Xinjiang province) are still experiencing high degrees of persecution… where going to prison has become an accepted part of everyday life. Other house churches in the big cities, however, meet openly in large numbers and are very well organised; they are not banned, but they aren’t permitted by the government either. One church in Chengdu works with the local police authorities by providing them with a weekly list of people who attended the church; wanting to progress past the old underground church mentality, the pastor has made giving name, address and contact details a prerequisite to joining the church. As the population of China is being increasingly soaked up by the cities, the house churches are responding strategically. Just like Jesus entered the city of Jerusalem, so believers are intentionally moving into the Chinese cities. While reflecting on the significance of a city, one pastor commented that cities are symbols of hope and opportunity, places where people go to find culture, justice, education and generosity. Although his congregation already lives in the city, he exhorts them to keep entering the city in a spiritual sense; not with worldly goals but with renewed purpose and zeal to see their city as a place for spreading the Gospel and establishing God’s Kingdom. Struck by Paul’s example, they are determined to keep re-entering their cities physically too, if need be. In Acts 14, Paul is stoned and thrown out of Lystra for preaching the Gospel – verse 20 continues to say that he simply got up and went back in. When churches outgrow the dingy office blocks that they often operate from, they send some members to plant churches in other cities. They say this model works well for them, because even if the mother church is closed then the new plant can keep going. Can you imagine being so relentless in your pursuit of the Gospel that you would be willing to move to another state just to see the church grow? Why are we in our cities? What dreams do we bring to them? The Chinese believers are asking these questions.

Their response? They are creating a city on a hill, a light to be seen by all – a Jerusalem. Whether within the borders of China or elsewhere in the world, the growth and establishment of God’s Kingdom is the all consuming passion of the underground Church. Some believers are called to places like Syria, Iraq and Afghanistan, and from all over China they are gathering at secret schools to receive bible, language and cross cultural training. This requires great sacrifice. Sometimes businesses are closed. Sometimes relationships are ended. Sometimes children are left with grandparents so that this equipping can take place. But always God is the center of their lives and His mission is the fire in their hearts.

Based on the following article by Ian Johnson, The Atlantic, April 2017