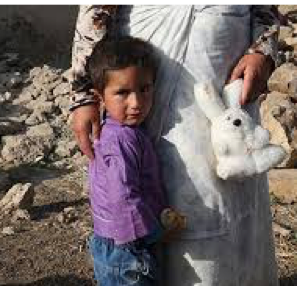 The deadliest earthquake of 2017, felt as far away as Turkey and Pakistan, hit Iran on November 12 killing more than 580 people and injuring 7,460.

Iran was hit with another powerful 6.0 earthquake three weeks later in the southeastern city of Kerman.

Again, about three weeks after that on December 20, an earthquake of 5.2 magnitude hit just outside the capital city of Tehran.

It seems that the nation of Iran is being shaken.

When the deadliest earthquake in 2017 hit Iran, BTJ immediately responded by sending in two separate teams of aid workers, one of which was from the Kurdish Province of Iran where the devastation was the worst.

They asked for $20,000 USD in aid relief and we put the request on our website.  In less than 24 hours we had the $20,000 USD that was asked for. Over the next month, the response from BTJ supporters was overwhelming. More than $80,000 USD in support came in from all over the world!

100% of everything that was brought in was sent to the teams in the field.

BTJ was able to provide food, blankets, tents, and financial support to families.

The quake was a major tragedy to the people living in the disaster zone, but now there are doors opened for ministry.

BTJ is working with the survivors, preaching the Gospel, and planting churches.  Most aid workers are starting to leave the disaster area, but BTJ plans to stay longer to help with the next phase of support.

You can give to this cause at: https://backtojerusalem.com/support/disaster-relief/ or mail your check to the address on back of this newsletter, with “Iran Relief” written in the memo.