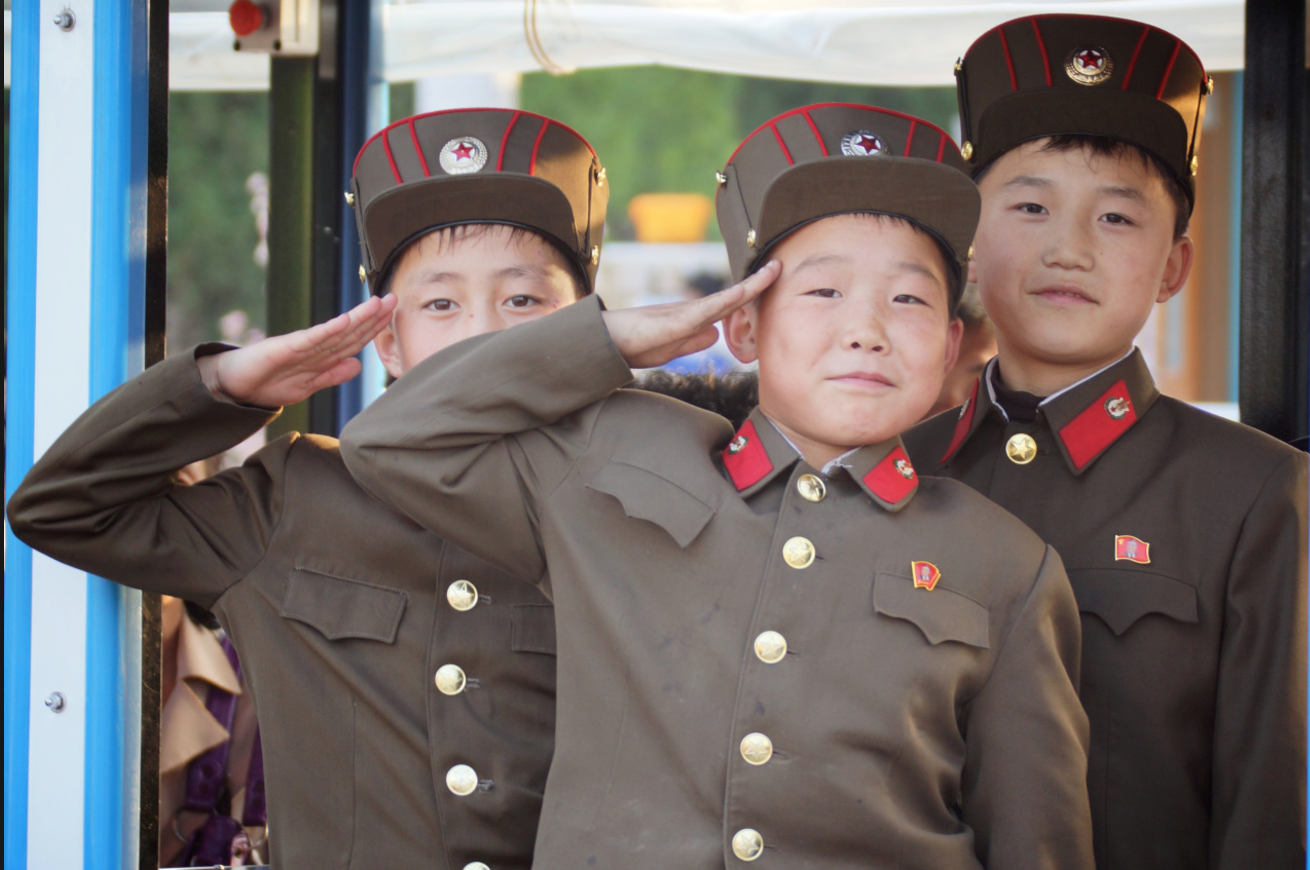 A chilling message from the North Korean Youth League warns that the “earth will break’ if it launches an attack. According to the latest reports, they are prepared to use the 5 million children in their Youth League to attack their enemies by strapping them with nuclear bombs.  The Youth League (Central Committee of the Kimilsungist-Kimjongilist Youth League) is a state sponsored agency that brainwashes children under the age of 15 and prepares them to be Communist soldiers. The Youth League is an extremely important tool for the Dictator Kim Jong-un. It is the only mass organization expressly mentioned in the charter of the Workers Party of Korea. It has been compared to Hitler Youth, but even Hitler’s Youth, as gruesome of tasks that they were charged with, were not trained as suicide bombers.

This latest threat of North Korea is more closely related to what children are being forced to do in ISIS.

North Korea’s state-run Korean Central News Agency reported a spokesman saying the youth were ‘keeping themselves fully combat ready to mercilessly wipe out with five million nuclear bombs the group of devils who are trying to bring nuclear disaster to the inviolable country.’ Using children as suicide bombers is one of the most desperate and evil threats that North Korea has ever publicly issued and shows how little value human life really has in the Communist nation.

Back to Jerusalem missionaries are currently working in North Korea building relationships with children and sharing the Gospel with them whenever possible. The children need to know that they are not expendable in the eyes of their Creator.

Because of the intense situation in North Korea, Back to Jerusalem is running a series of podcast to share information directly from North Korea and how the increased tensions of pending war is impacting every day people on the ground and the ability to preach the Gospel.

Back to Jerusalem will also be providing a special audio reading of the Crimson Crucible – a book about the underground house church in North Korea. The special podcasts and audio book can be found here: