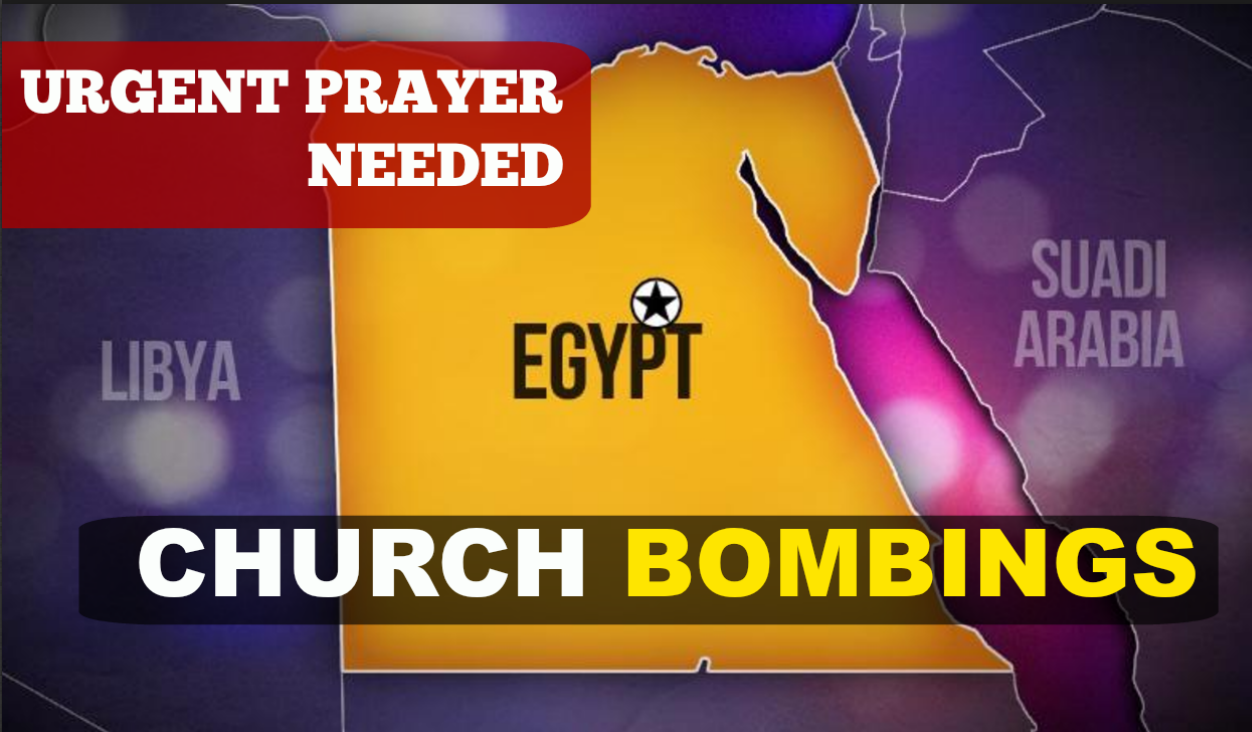 Islamic State claimed responsibility for the attacks, which also injured more than 100 people and occurred a week before Coptic Easter, with Pope Francis scheduled to visit Egypt later this month. Paul Rav, a missionary currently serving in Egypt, was available for a live interview from Cairo over the phone only hours after the attack.  That interview is available here:

Paul Rav gives an update from the field here:

Continue to pray for the Christians in Egypt as the persecution continues and pray for the BTJ missionaries serving among the Muslims to bring the light of Jesus Christ.