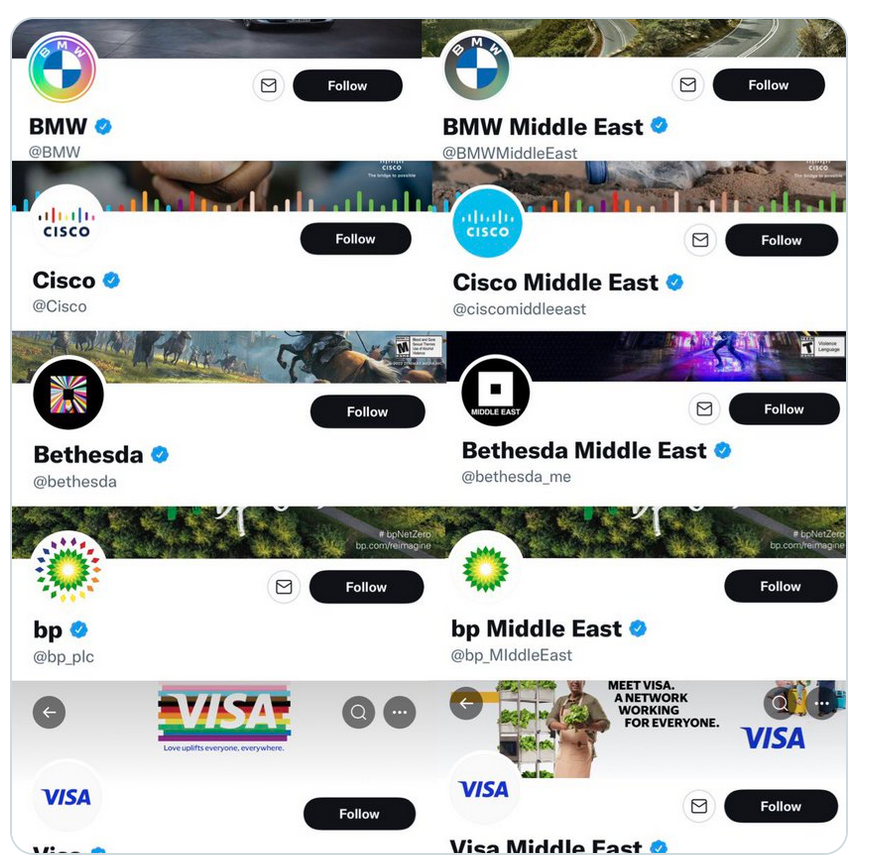 Pride month is a time when some of the world’s largest and most influential corporations promote homosexuality and LGBTQ+, but it is interesting to note that their “pride month” has less pride in China and the Middle East.

In fact, their “pride” seems to have lost its pride.

One user who noticed posted, “Why @BMW is on solidarity with all #LGBTQ around the world but not in the Middle East?”

Why @BMW is on solidarity with all #LGBTQ around the world but not in the Middle East? pic.twitter.com/4HW5rSpsGN

This month in June, some of the world’s largest corporations are splashing everything they have to promote homosexuality and the LGBTQ life style, and advocating for others to do the same, but their promotions stop at the door of Communism and Islam.

In the Middle East specifically, where Islam is integrated into the law, most corporations are silent.

BMW, one of the most noticeable brands, changed their social media logo for pride month on Twitter, Instagram, Facebook and LinkedIn, as well as its regional social media accounts, including India, South Africa, the UK, and Mexico to a colorful rainbow. However, suspiciously they did not change a thing to their Middle East social media accounts or their Chinese WeChat account.

This is good to point out, because it once again reminds us that, as massive corporations openly berate and attack Christian values and principles, they, at the same time, willingly submit to the demands of Islam and Communism.

In Communist China, laws against homosexuality under President Xi have drastically increased and grown more aggressive. In most of the Middle East where Islam is integrated into the law, homosexuality is a crime and, at times, punishable by death. These stances in China and the Middle East do not dissuade major corporations or their investments in the least, proving, at least in part, that their virtue signaling has nothing to do with pride and everything to do with profit.