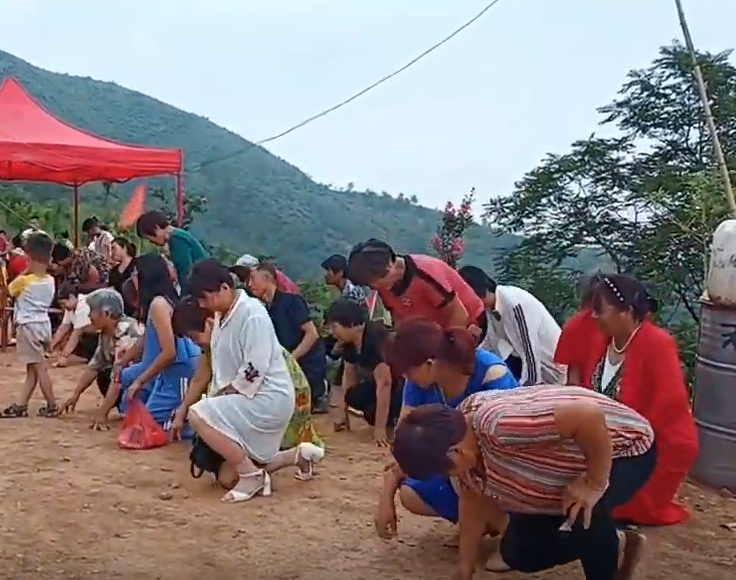 In 1927, a pastor by the name of Jing Dianying started a church in Shandong Province, China, where Christian believers sold everything that they owned and lived together in a peaceful community.

Everyone worked together and all of the belongings were equally distributed. Soon after their founding, the popularity of the idea grew and soon there were over 100 communal Jesus Family churches throughout China. Their system and lifestyle was very similar to the goals of the Communist Party that was also growing in China.

The Communist Party needed the support of everyone, including the Christians, to be able to overthrow the government and take power. Communist Party representatives approached the Jesus Family and pointed out all of their similarities. They both believed that all people were equal and that no one should be poor, homeless, or without medical care. They both believed in communal responsibility and equal distribution of wealth.

Their only difference was that the Jesus Family believed in Christ and… well, the Communist Party did not.

Soon after taking power though, things changed. The Communist Party saw Christianity as a threat. It was a closed-minded religion and the Bible and it’s teachings were offensive. The Communists demanded that the Jesus Family give up their Bibles, abandon their faith, deny Christ and take a knee to bow before Mao Zedong.

However, Pastor Jin, the founding Pastor – refused to bend the knee.  He would only take a knee for the One true God.

Pastor Jin refused to bow the knee to Mao, so he was taken to a re-education camp where he would be taught the truth of atheism and science. Pastor Jin died in prison after brutal beatings and harsh conditions.

I met Pastor Jin’s granddaughter one night in a small city in Guizhou called Liu Panshui.  She spent hours sharing with me the stories about the Jesus Family during the rise of Communism.  “When I was a little girl, it was not acceptable to not support the Communist Party. Even though my father and grandfather supported them, in the end – it was not enough,” she said.  “They killed my grandfather and my father.”

They killed them because they refused to bow before Mao Zedong.

Not all Christians were like Pastor Jin and his family.

“Several Christians that supported the Communist Party did bow down on their knees,” Pastor Joshua said to me after hearing Pastor Jin’s daughter’s testimony. Pastor Joshua is a pastor in an underground network of four million believers.“ After Christians started to compromise their faith to appease the Communist Party in hopes of gaining their trust, they soon found it easier and easier to justify to themselves giving up more and more of what they believed.“ he continued. “When the Communist Party came to my village in Henan, they lined up the Christians on a wall and demanded all the Christians to deny the name of Jesus and bow before a portrait of Mao Zedong. Those that did not bow were executed. Those that denied Jesus and bowed down were appointed as the head of the official government church in our area.”

The bowing never stopped. Every Chinese citizen in China was required to have a portrait of Mao Zedong and they were expected to bow down in front of it every day.

Even today, though it is no longer expected, the personality cult of Mao Zedong continues.  Last year, Chinese could be seen paying respects to an image of Mao Zedong and getting down on their knees in worship, in this video.