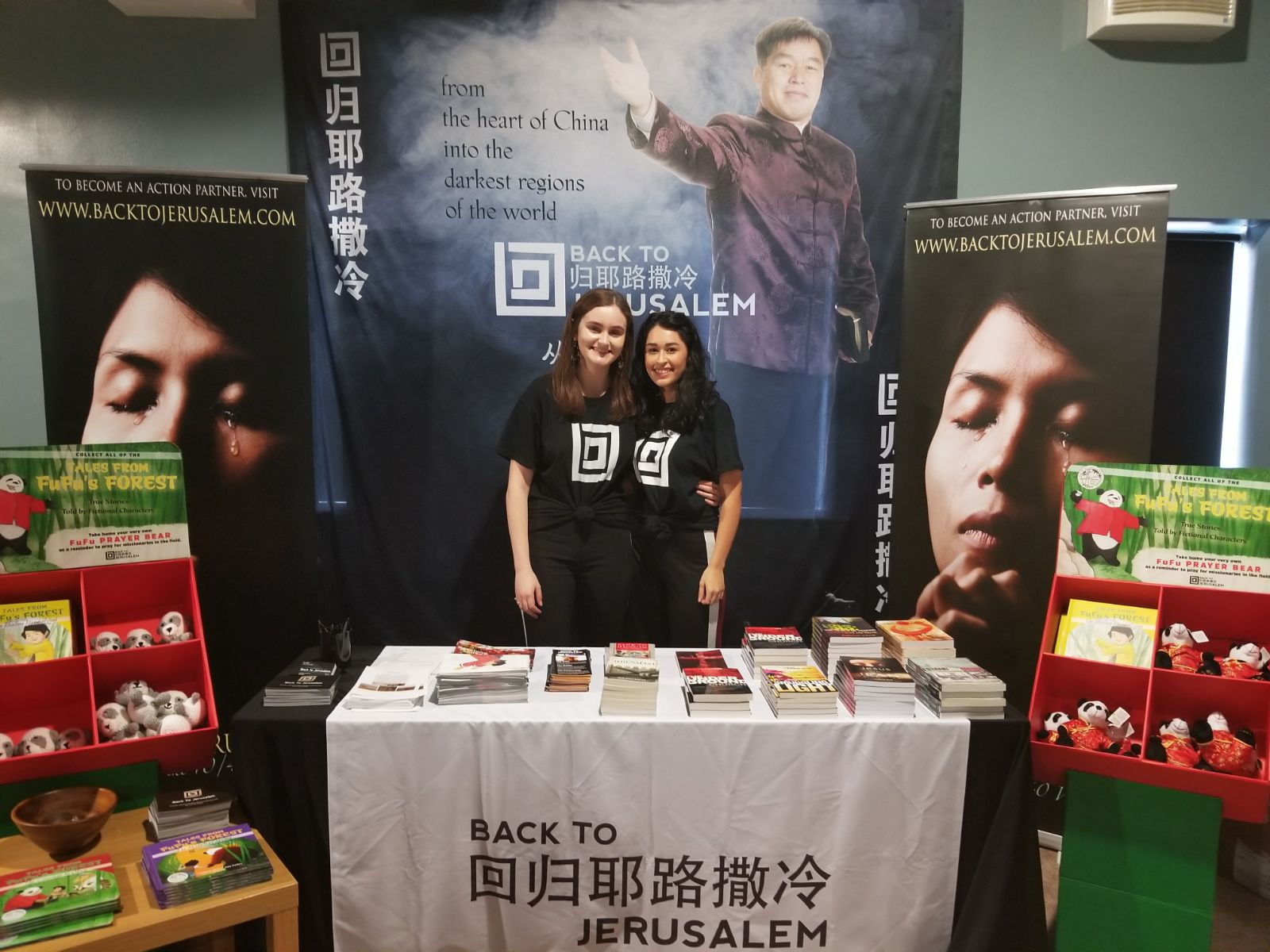 J28, a church in the North of England, hosted a mission conference last week, with Eugene Bach as one of the speakers. To share some of the blessings with you, one of the attendants wrote down her impressions.

“I do not know how I am going to get there but I am definitely going!”, I thought to myself. The flyer had a simple design of a 2D blue world on it, with the words, “Go to Grow – Missions Conference”. Something beyond the careful design, was drawing me into the world of missions, reminding me of the simplicity of the Gospel when Jesus told the disciples, “Take nothing for the journey–no staff, no bag, no bread, no money, no extra shirt.” (Luke 9:3)

Do you know how hard it would be to have this level of faith in God’s provision, even the for the most dedicated minimalist? Challenges have always been a part of mission and it was refreshing to hear first-hand about all about the perils of a modern day missionary, including having your wallet stolen in Rome, having the locals jack up the price to an obvious foreigner whilst in China and having a bathroom without windows in Ireland!

We also heard about God’s abundant grace, timely miracles, angelic workers and abundant favour for desperate necessities. Eugene Bach discussed in-house technological advances that will make the Bible more readily available to those in the 10/40 window who need it the most. Understanding the needs of this area, which holds 90% of the world’s unevangelized peoples, is extremely relevant knowledge to every Christian who claims to obey Jesus in accomplishing the Great Commission.

The conference had a type of electricity in the atmosphere. The Holy Spirit was everywhere, in the books on the table, in the worship leader’s song and in the genuine, joyous smiles upon the congregation, as individuals would relay their own experiences of mission work in Africa and China. Pastor Danny from J28 Church and also Back to Jerusalem UK Director, apparently loves to sends his congregation members on missions, according one beautifully enthusiastic congregation member.

Not everybody is a missionary, however. Some people are called to support the missionaries. When the missionary returns, exhausted and wounded from ploughing tough ground with all their available spiritual muscle and guts, sometimes with very little fruit to show, what is then expected of the missionary upon their return? A glowing report basically, regardless of the painful truth of their current desperate needs. Were they worth our spare change the congregation ponders, as they perform to us like some puppet on a purse string. It is a form of madness when the missionary has given all they have on the battlefield, yet this wounded soldier is not given the physical support and love to get strong once again for the next round.

A beautiful part of the conference was little Chinese prayer bears being given out to the children as a reminder to pray for the missionaries throughout the world and the underground Chinese church. Maybe, we all need the equivalent to prayer bears, as with all that happens around, how easy is it to forget that one lone missionary?

Missionary work comes with numerous challenges, yet when someone asked me if I would like to do this work, upon true reflection of these discussed realities, my honest answer is, “I do not know how I am going to get there but I am definitely going!” I pray for the spirit of boldness for more missionaries to come forth to do the work also.