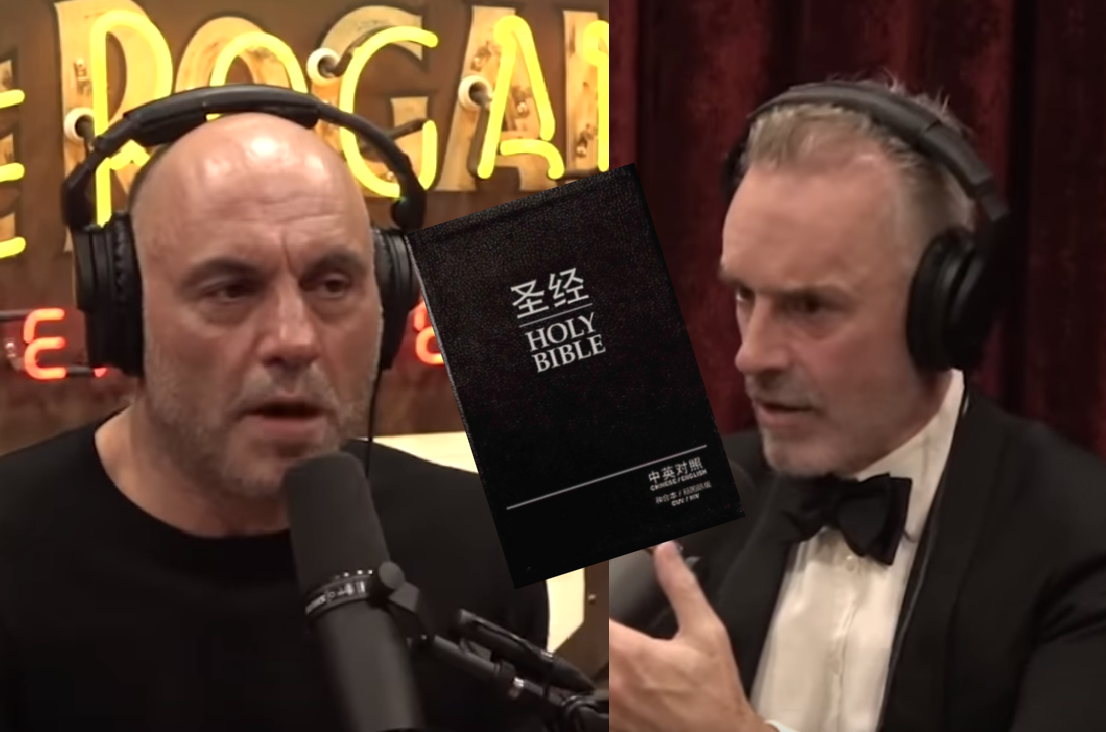 Jordan Peterson joined the Joe Rogan Experience Podcast earlier this year after visiting the Bible Museum in Washington DC and what he learned on that trip was revelational. “I just walked through the Museum of the Bible in Washington,” the trend-setting academic said, before revealing what he learned. “I just figured it out…I just figured it out this week,” he continues, “it isn’t that the Bible is true, it is that the Bible is the precondition for the manifestation of truth, which makes it way more true than just truth.”

Jordan Peterson is a world-renowned Canadian clinical psychologist and former academic professor who has gained a massive online following for his controversial breakthroughs on social thinking, which often are in conflict with mainstream talking points. He was admittedly agnostic, but has been very open about his search for the truth in today’s society and, on his journey, he has discovered that the Bible is not only true, but it more true than truth because it is the “precondition for the manifestation of truth.”

In practical terms, this simply means that any statement or idea that is in line with the Bible can be categorized as truth and anything that goes against the teachings of the Bible is a lie.

In China, the Communist Party has spent more than 100 years teaching that the Bible is not true. In fact, soon after Mao Zedong took over in 1949, he ordered all the Bibles to be rounded up and burned in the streets and a new, more modern book, was put in its place, known colloquially as the Little Red Book of Mao Zedong’s Quotes.

After the Bible was burned and Christians were either re-educated or killed, the influence of Mao’s new book became the new religion and Mao became a god to be worshiped. Mao’s teachings were truth and the Bible was a lie, but as Jordan Peterson pointed out, the Bible is the “precondition for the manifestation of truth.” This fact that Jordan Peterson has stumbled upon is not just true for Canada, but is universal.

After more than 70 years of Communist rule in China, the inescapable truth is this – the number of Christians is far more than the number of registered members in the Communist Party. Mao is dead and Jesus is alive. Mao’s Little Red Book has been abandoned and the Bible is the number one most demanded book in the world.