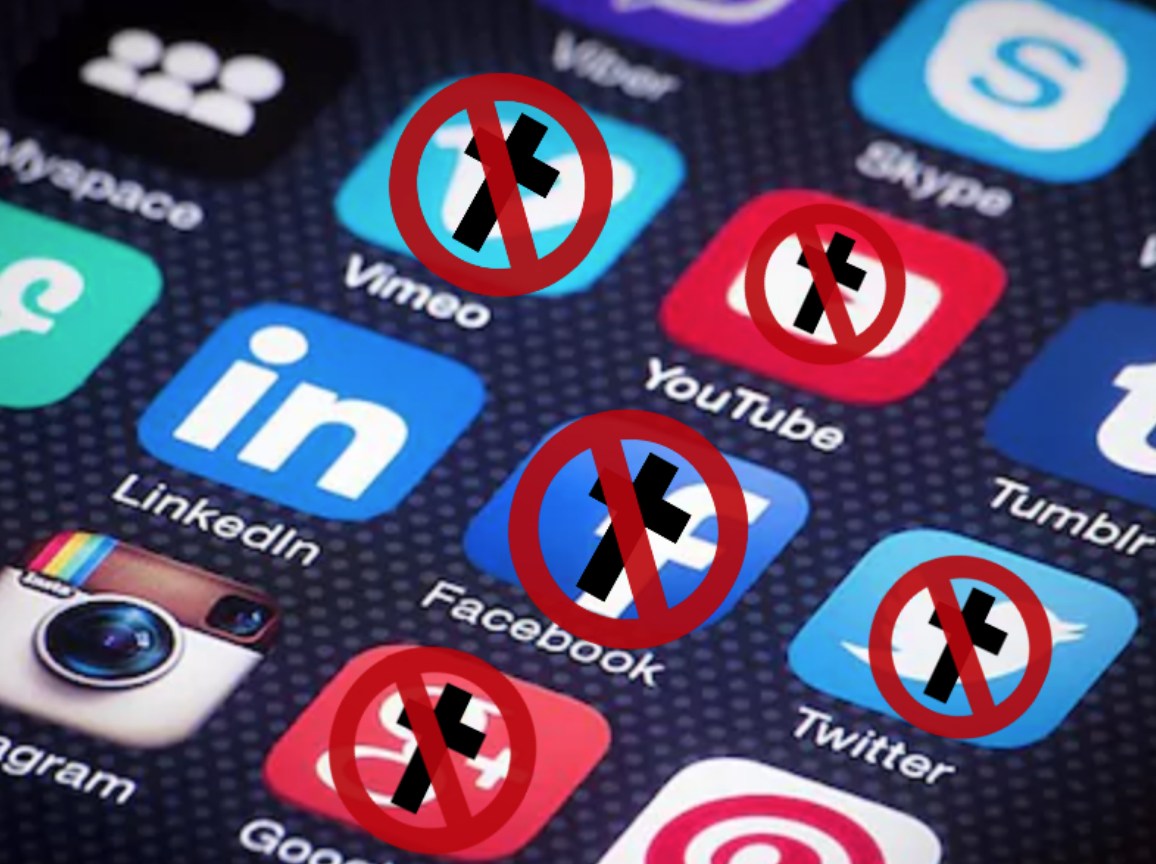 Over Christmas I bought my youngest son a “Google Home” device. We chose Google Home over Amazon’s Alexa after seeing a video where Steven Crowder asked some generic questions and found a very strong bias (https://www.youtube.com/watch?v=MECcIJW67-M&t=31s)

After opening up the box and testing the Google Home device, I decided to ask similar questions. I asked Google Home, “Hey GOOGLE! Who is Jesus?”

Google did not know.

Odd.  We did open it on Christmas Eve.

Ok. I asked it another simple question, “Hey GOOGLE! What is Christmas?”

Again, Google did not know.

No problem, I thought. It is brand new and I have only just pulled it out of the box.

So then I asked the device, “Hey GOOGLE! Who is Muhammad?”

This time GOOGLE Home knew exactly who Muhammad was and gave me a very long and sweet introduction.

I did a podcast with Google Home together with Back to Jerusalem director for the UK, Pastor Danny Miller (https://backtojerusalem.com/podcast/episode-281-why-does-google-hate-christmas/)

I found it odd that Google Home did not know what Christmas was since the biggest sales day of the year for Google Home is Christmas – the birthday of Jesus!  Christmas Day contributed to the most sales for Google, but still did not ring a bell, but Muhammad – no problem.

Google was also very knowledgeable about Kwanza – a fake holiday, as well as the Indian holiday Diwali – which in all fairness is huge for Hindus, but was not the reason for the dramatic increase in sales for the Google Home device.

By itself, this might not seem to be a big deal, but when added to the many things that we are seeing with social media, this is very alarming.

Earlier last month, I did a podcast highlighting a very disturbing speech by Apple’s CEO Tim Cook where he capitulated and even endorsed China’s censorship.

Episode 277: Could Apple And Google Join China To Persecute Christians?

The three big giants of the tech industry, Facebook, Google, and Apple have been lining up to sell freedom for access to China’s huge market. They have seen that social media is being used to drive the future for China.

In China, it is social media that is increasingly being used against Christians.

Last week in Nansha District, a large Municipality of Guangzhou, China issued their first government ID by using WeChat, a mega-social media app used in China. According to security analysts, this trend highlights the increasing reliance of the Chinese government on government controlled social media.

China sees social media as a way to monitor their citizens and follow their activities. Christians have been one of their top targets. So far it has been successful. The government now knows that they can effectively use technology companies and technology companies know that there are large profits for those that play along with the Chinese government.

GOOGLE, Apple, and Facebook are lining up to be next to profit from this break through technology in China.

Mainland officials announced that more than ten units, including Nansha Branch of Guangzhou Public Security Bureau – which is like the Chinese version of the CIA – would issue digital ID using social media giant WeChat.

Never before in the history of man has a government ID been implemented by a social media company to promote public policy. This is huge!

For the past 20 years, online media has greatly helped Christians who have been long locked out of mainstream TV networks, big magazines, academia, and government.

In the past ten years, social media has let Christians find each other and champion causes and speak up for the persecuted Christians. It has been a wonderful way to share messages and ideas. Back to Jerusalem has over 35k followers on Facebook and other ministries and mission organizations can say the same. As a result, many Christians have gladly and enthusiastically signed up for accounts on Facebook, Google, and Youtube. Many of the people reading this article hold an iPhone or Android powered device.

But are things about to change?

There is a new boss in town

Now that most Christians are all rounded up in one place online, what they have to say is being greatly censored and what they are able to see is fed to them.

“Chillingly, a growing censorship of Christian and politically conservative viewpoints on the internet is happening,” said the National Religious Broadcasters, a group set up in 1944 to combat corporate censorship of evangelical radio ministries.

Twitter, Facebook, Google, and Youtube are now routinely monitoring and censoring Christian messages on line and increasingly finding themselves taking the side of those who persecute Christians and persecuting Christians.

These are private companies, so it should be an easy fix right?

Christians could just easily switch to a service that is pro-Christian right?

Apple and Google have partnered together to prevent their platforms from being used to facilitate applications that allow free speech. That means that if you have an Android or Apple product, as are most devices around the world, then you would not be able to use a free speech application that would rival Twitter or Facebook.

They are able to do this by claiming that free speech is equal to hate speech. They argue that social media needs monitoring to keep it free from hate speech and any program that allows hate speech cannot be used on their platform.

What is hate speech?

When social media app GAB was launched as a Christian answer to the increasing censorship of Twitter and Facebook, Apple and Google immediately blocked access to their platforms stating that GAB was a pro-nazi program used for racism and hate.

Christians, not wanting to be identified with hate and racism, have naturally distanced themselves to any program like GAB and have stayed with Facebook and Twitter.

However, GAB does not seem to be making any deals with the Chinese government at the moment, whereas Facebook, Google, and Apple are standing at the door, appearing ready to sign a deal with the Communist government.

We will be monitoring this development throughout 2018 and posting the updates in our podcast which can be found here: