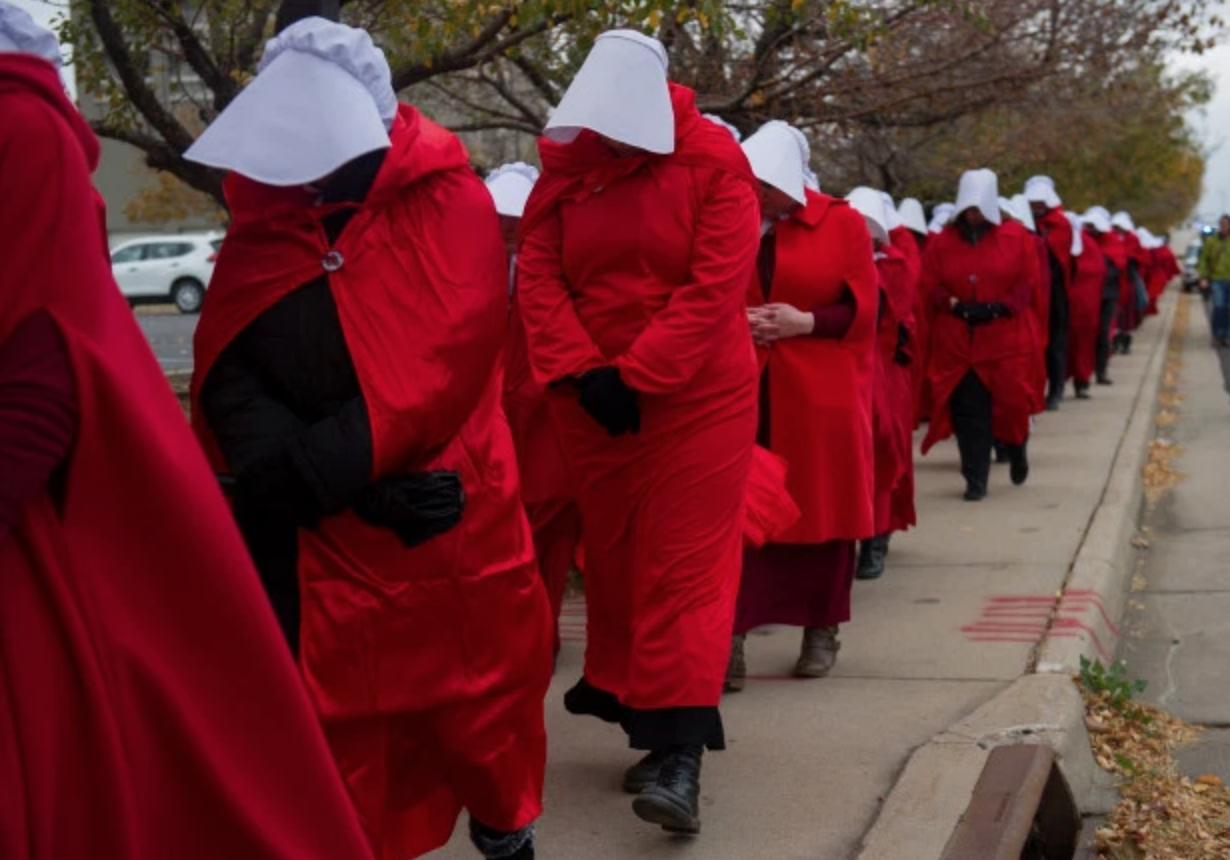 A Handmaids Tale is an American dystopian drama series that has sparked references in Canada, England, and the US in reference to abortion protests.

The entire series is based on the idea of a near future event where a religious theocratic government “Gilead” establishes rule in the United States in the aftermath of a civil war. The strong inference is that the evil government that controls the reproduction of women is Christian.

Even though the entire series is hypothetical, the events that take place are very real and there is much that Chinese history can teach us about a Handmaids Tale.

We explore this more in our recent podcast. To listen, click here:

Margaret Atwood, the author of the book that the TV series is based on, actually used a Communist Society like China as the setting when she wrote the books. She traveled to Berlin in the 1980’s and was motivated by the Cold War while writing her dystopian inspired novel.

According to Ms. Atwood, she had a box of newspaper clippings from Berlin that she used while writing the books.

In regards to the inspiration for the books, she said, “I had been thinking about it before I’d arrived, and at that time — when I was in West Berlin—I also visited Czechoslovakia and East Germany and Poland. They weren’t revelations, because being as old as I am I knew about life behind the Iron Curtain, but it was very interesting to be right inside, to sense the atmosphere. “

In the 1980’s, East Berlin looked much like Communist China. In fact, while many of the future religious theocracy in America is fantasy, the reality in Communist China was very real.

The comparison between the Handmaid’s Tale and Mao Zedong’s China are unmistakable:

What many protestors that target Christians in their protests do not recognize is that Christian societies have existed for 2,000 years and have never represented the society in the TV series Handmaid’s Tale, but they can be found in Communist, Islamic, and Buddhist societies.

To learn more about the connection between Communist China and the Handmaid’s Tale, click here: