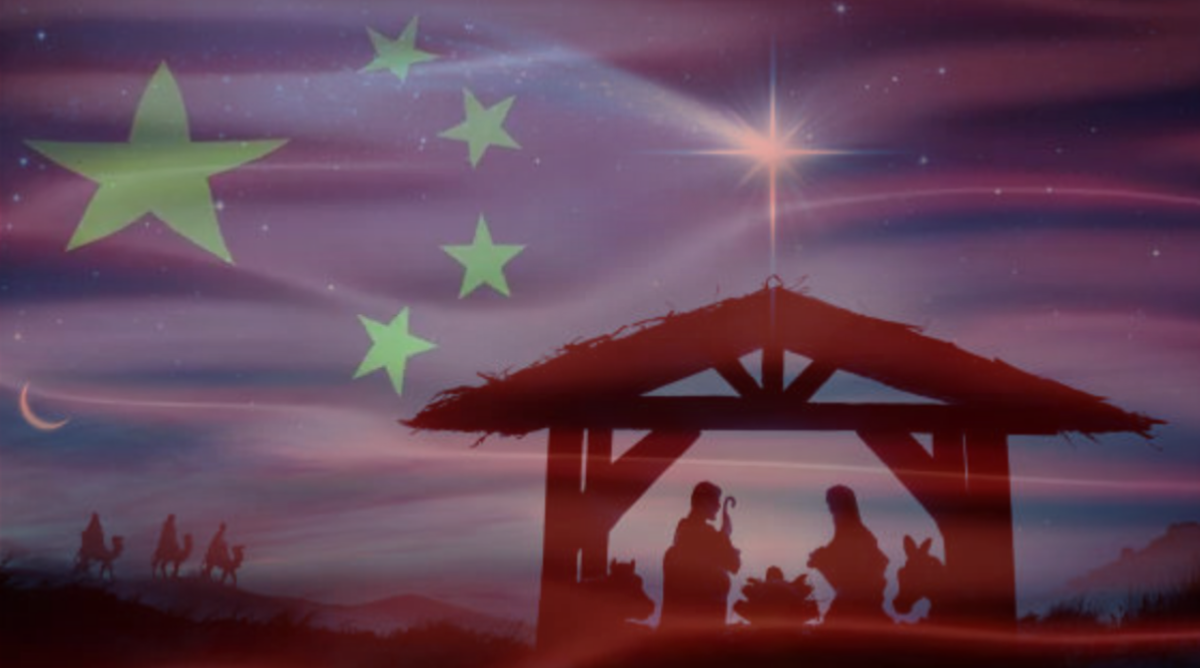 Christmas is under attack in China. .

Christmas has been a growing holiday in the last two decades. It is the time of the year that has brought in a lot of money into the economy and was widely accepted in the beginning, but now China has recognized that the true meaning of Christmas is a growing problem.

The disciplinary arm of the ruling Chinese Communist Party has banned its members and government officials from celebrating Christmas, likening the practice to “spiritual opium” for members of the atheist party. 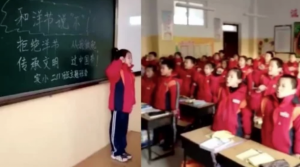 A recent video from 2017, screen shot pictured above, has shown children in school being forced by the teacher to just say “NO” to Christmas.

The Jining No.1 Education Department in Inner Mongolia issued a document (pictured below) that “banned all Christmas-related activities and behavior last Christmas in 2017. 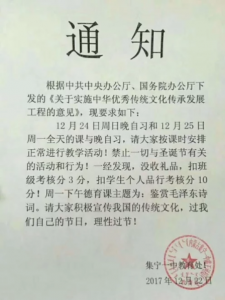 A notice issued by the Commission for Discipline Inspection of Hengyang city warned government officials not to engage in meals and gatherings on Christmas Eve, warning that those caught violating the rules would be punished.

Below is a video of black-clad security police forcibly removing a Christmas tree. 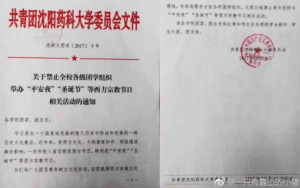 Security members have pushed the crackdown on Christmas as a part of their “Cultural Self-Confidence” approach – which is a new program introduced last year by President Xi Jinping who sees “firming the self-confidence” as the final road towards ‘socialism with Chinese characteristics.’

According to Hong Kong’s South China Morning Post, “Five progressive Christian groups and 100 individuals in the city are behind the defiant call to action, urging believers to attend their church services on December 23 and 30 in black outfits, as “Christ is being persecuted … the church in China is being persecuted”.

This Christmas, BTJ has provided a book to remind children about the real meaning of Christmas. It is an amazing Christmas story of a well known Christian believers named Brother Yun (The Heavenly Man) who spent a memorable Christmas in prison in China.

This Christmas book is available right now to all that would like to have one to read to their children today. It is an ebook and is available for immediate download.

Tags Back to JerusalemBrother YunChristmas in ChinaThe Heavenly Man Christmas