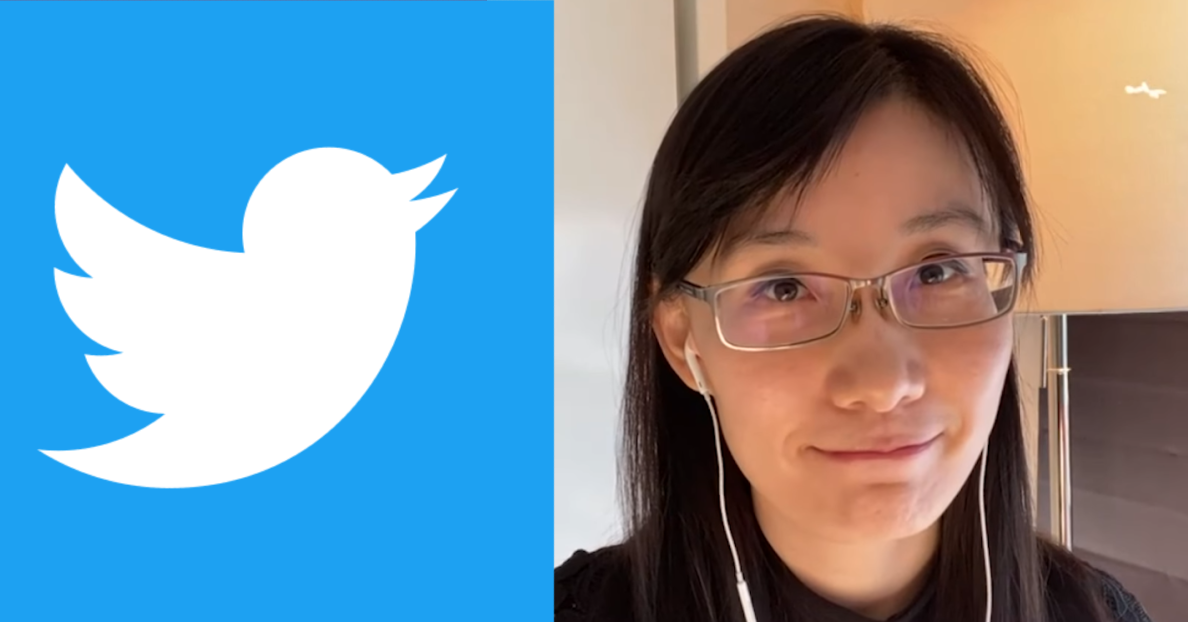 It has happened again. Twitter has shut down an account of an inside expert who shares revealing information about the origin of the COVID-19 virus.

The Twitter account of a Chinese virologist who worked in Wuhan, the city with the only virus research lab in China, has been shut down after she came out with a report regarding the origin of the virus. 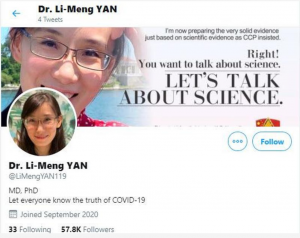 This is just one of the reasons why BTJ has started DingDash – a free and open forum that is not censored by the government.

Dr. Li-Meng Yan, who specializes in virology and immunology at the Hong Kong School of Public health, said that she was asked by her boss Professor Leo Poon, to travel to Wuhan to investigate a ‘new pneumonia’ outbreak in December 2019. Professor Poon was one of the scientists who identified the genome sequence of the 2003 SARS coronavirus epidemic.

To this day, Dr. Yan remains the only doctor living outside of China to have first hand knowledge of the virus from ground zero in Wuhan.  She has information that no one else has, or is willing to share. For this, Twitter has “suspended” her account. 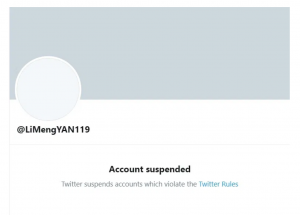 A website called Zerohedge, was the first to break the story on Sunday. After publishing the report they immediately posted, “How long before the @LiMengYAN119 account is silenced.”

Zerohedge might not consider themselves prophets, but they might be more accurate than some modern-day Christian prophets – in less than two days Dr. Yan’s account was suspended, which is basically the same thing as being shut down. She is locked out and no one can access the account.

Why was it shut down? Because she “violated the Twitter rules.”

What rules did she break?

Twitter can’t say, but everyone knows. Dr. Yan is sharing first hand scientific information that goes against the WHO and in 48 hours she garnered more than 60,000 followers.

Dr. Yan has released a report about her findings regarding the origin of the COVID-19 virus. Her report collaborates what BTJ has been reporting since January – that the virus most likely escaped from the Wuhan Virology Laboratory and did not originate at the Wuhan wet market from bat-soup.

The report can be read in its entirety here:

“I decided to report this development to my supervisor,” Dr. Yan said, “who is also a World Health Organisation (WHO) consultant. There was no response from the WHO and my supervisor. Everyone warned me that do not cross the right line and keep silence or else I would be made to disappear,” she said.

Dr. Yan hoped her supervisor would “do the right thing on behalf of the Chinese government and WHO,” but those hopes were shattered when she fled for her life to the US in April.

An exclusive interview with Dr. Yan can be seen here.

Twitter currently has an army of 4,600 full time workers that enforce their own code of ethics, control the flow of information that they deem to be important, and tries to slant the conversation toward their world view.

Sometimes Twitter employs these forces for marketing; to make a few extra dollars. Sometimes they do this for control; to appease governments, so that they can obtain greater access to closed markets.

Twitter, like the WHO, is not run by a doctor or a scientist, but they both aggressively shut down the speech of a doctor with first hand information about a virus that has single-handedly shut down the world economy and killed almost a million people.

DingDash operates similar to Twitter, but is on an open system and is not controlled by corporate or government entities. DingDash does not sensor speech, collect personal data on users, share information with marketers or governments, and absolutely DOES NOT shut down accounts of doctors who file unique reports about viruses causing pandemics.