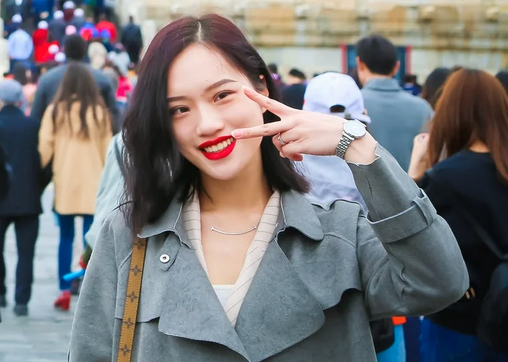 First Europe, then America, and now Asia have opened up for tourism again after two long years of Covid-19 travel restrictions. Lines for security at Stockholm’s Arlanda airport were over two and half hours long. In Amsterdam’s Schiphol airport, passengers were stretched outside in a queue that was easily over a kilometer long! More than 2.4 million travelers passed through TSA checkpoints in American airports last week and became so overwhelming that 1,700 flights had to be canceled last Thursday.

However, with everyone starting to travel again, there is one group of well-known tourists who are noticeably absent from the tourist crowds – the Chinese.

The Chinese are still trapped in their country, forced to abide by draconian rules that no longer make sense to the rest of the world. China is still forcing citizens to wear masks in public, wear disinfected gloves, eye goggles, shoe coverings, and full white sanitation suits on airplanes, and is still enforcing rolling lockdowns. They are pushing a ‘zero-covid’ strategy that has proven over and over again to be unsuccessful, which is forcing many people to ask – why?

Why is China so strict? Why is the Chinese government still pushing laws that have clearly not worked anywhere else in the world and punishing their citizens? Why has the rest of the world opened up for tourism, but the Chinese are still imprisoned in their own country?

China is the last ‘zero-covid’ hold-out and many mission experts are concerned that China’s Covid-19 policies have nothing to do with “disease control” at all, but have everything to do with control.

In the last two years, the Chinese government has been shutting down more churches than ever before and the Covid-19 restrictions have conveniently come at the same time, leaving many to wonder if the two have anything to do with each other.

It is not just the church that is feeling the pressure. China’s ‘zero-covid’ strategy is coinciding with a China that is more aggressive than ever militarily, economically, and politically.

Dr. Eva Pils, a professor of Law at King’s College London, affiliated at the US-Asia Law Institute of New York University Law School, and an external member of the Centre for Human Rights Erlangen-Nürnberg, wrote about China’s policies saying, “The Party has used its vast and concentrated power to fight not only the virus, but also domestic critics of its response, including medical professionals, journalists, human rights activists, a constitutional law professor, and citizens simply speaking up via the social media because they were engaged, or enraged, or both.” She continues on, “The fight against one of these ‘enemies’, inevitably, has affected that against the other.”

It seems that, in terms of Covid, China is not willing to allow a perfectly good pandemic to go to waste. Unfortunately, it does not seem that Chinese tourists will be joining the rest of the world any time soon.