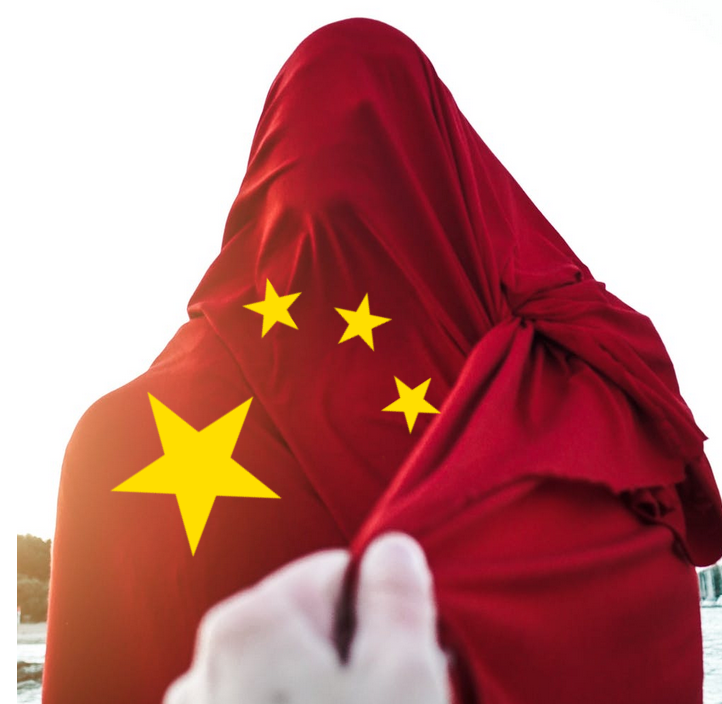 The Chinese government wants all Chinese to be proud of their country and their history and for good reason. They have a long and illustrious history that stretches back thousands of years – further back than any European or American empire.

However, there is a secret that they are hiding and it is a secret that could change the course of history for the Chinese people, if they only knew. The Chinese government actively pretends that Chinese history started in 1949 and the thousands of years prior to the rise of the Communist Party were all hardship and toil, but that simply isn’t true.

In China’s long history there is one emperor that rises above all the others – Kangxi. Kangxi is widely known as the greatest Chinese emperor to ever live. Kangxi ruled longer than anyone in the long history of China and it is said that it was under his rule that we got the name “China”, originating from “Qing” which was pronounced ‘Chin,’ or ‘Kina’ by the Iranian-based missionaries who first brought the Gospel to China.

Ask any Chinese about Kangxi and they might say that he is remembered in China for ushering in a 100 year golden-age of wealth, peace, and prosperity, but beyond that, not much more is known.

And there is the secret. Kangxi, China’s greatest emperor, asked Jesus into his heart.

Consider a poem written by Kangxi:

The Treasure of Life

The treasure of heaven is comprised of Sun, Moon and Stars;

The treasure of earth consists of crops, gold and silver.

The treasure of a kingdom is to have righteous officials;

The treasure of a family is to have descendants with piety.

Yet, Gold, silver and jade are not as precious as one’s life.

Hundred years of age is nothing compared to eternity.

Coming and going in life is like a dream.

The best food and clothing don’t mean a thing.

It’s no exception for someone born in a royal family.

The most important thing in the world is life.

Something that white jade, gold and silver can’t buy.

Even plain porridge can be satisfying;

No cloth is fit to wear for a thousand years.

Heaven’s gate was closed due to the first man’s sin;

The path to salvation is through the Son only.

I would like to accept God, the Son and the Holy Spirit;

And receive from Thee my free gift of eternity.

The poem is very clear and extremely dangerous, because if the Chinese people were to ever learn that their greatest emperor was a follower of Jesus, the atheistic teachings of the Chinese government would be in even greater danger than they already are.

Of course, if you mention this to a Chinese, they will be shocked and five minutes into Googling it, they will quickly discover two things – first, it’s true and second, there is much debate about whether Kangxi was really a Christian or whether he simply viewed Jesus as just another god, like in Buddhism or Chinese pantheism. However, the debate fades with the mounting evidence of even more poems of this nature from Kangxi.

The Poem on Truth

Everything as seen by the eye is His creation.

He who has no beginning and no end, is three persons in one.

Heaven’s gate was closed to the first man’s sin and reopens through the Son.

Rid of all false religions, we should become real disciples admired by everyone.

The Poem of the Cross/The Death of Christ

When the work on the Cross was accomplished,

blood formed a creek Grace from the west flowed a thousand yards deep.

He stepped onto the midnight road, to subject Himself to four trials.

Before the rooster crowed twice, betrayed thrice was He.

Five hundred lashes tore every inch of His skin.

Two thieves at six feet high hanged beside him.

The sadness was greater than any had ever known;

After reading these poems, critics will argue that it is possible these were not written by Kangxi at all. However, historical evidence mounts even higher for those who have lived in China and studied the history of its emperors.

Kangxi’s father, as well as Kangxi, ordained the building of elaborate grand churches which still stand in Beijing today, that you can go and visit. Kangxi gave living quarters to foreign missionaries in the Forbidden City: an area only reserved for priests, royal court members, and the royal family.

There is also the fact that Kangxi was well-versed in China’s history, a history that is very much rooted in Biblical foundations. Kangxi would have learned of the prayers of Huang Di, the first emperor of China who prayed at Tai Shan Mountain to Shangdi 上帝, the One True God of the Chinese people who created all things. Shangdi 上帝 is the name that Christians still use for God.

Kangxi’s belief in Jesus Christ and his dedication to God might be one of the biggest secrets ever hidden from the Chinese people.

Today, BTJ is working to reveal this secret and appreciate all the help we can get.