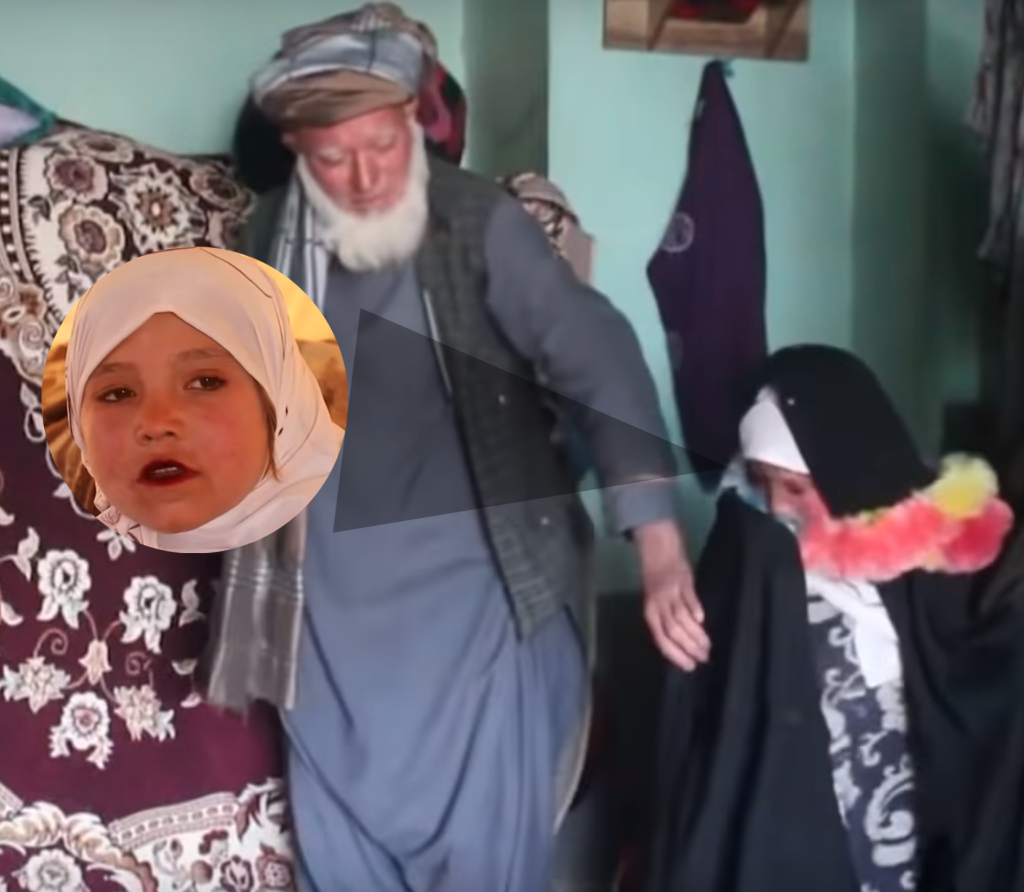 A 9-year-old little girl was sold to be the bride of a 55-year-old man in Afghanistan.

According to a heartbreaking CNN report, Parwana Malik, a nine-year-old little girl, was sold by her father to a 55-year-old stranger for 200,000 Afghanis (about $2,200 USD), so that he could buy food to keep his other children alive.

When it came time to make the purchase, Parwana’s father took the payment and handed his daughter over. Parwana was dressed in a black Muslim hijab and tried to hide her face from the strange old man. “This is your bride,” Parwana’s father said with great sadness. “Please take care of her — you are responsible for her now, please don’t beat her.”

From there, Parwana was forced to leave her home and her family to go and live in her new home with her new ‘husband’.

The situation in Afghanistan is dire and even though our knee-jerk reaction is to send money, food, and aid, that strategy has already proven to be a failure. America, the UN, and the European Union have already dropped trillions of dollars of aid over the last twenty years into Afghanistan and it did not change a thing. No one could honestly make an argument that Afghanistan is better off today than it was 20 years ago, even after all the money that has been invested into the nation.

Perhaps the only thing that can truly change the situation is the Good News of Jesus Christ. Even when Afghanistan was under the control and influence of the United State, it was still illegal to preach the Gospel. At one point, the United States military even collected all the Bibles that were sent to be handed out to Afghanis, piled them up and set them on fire! (a violent act that they would have never done to the Koran).

Here is the reality that no one wants to admit, and until we are willing to admit the root of the problem, it is impossible to fix it. Afghanistan’s biggest problem is not war and it is not the Taliban. Afghanistan is not poor because they do not have money and food. Nine-year-old Parwana is not only being sold because her father had no other way to feed his family. The cold hard truth is, Afghanistan is suffering from the stranglehold of Islam.

Islam has held the people in an unending downward spiral of misery. Islamic Sharia Law has ended the opportunity for girls to go to school or work. It is Islam and the example of its founder Muhammad that permits a young prepubescent little girl to be sold to a gray-bearded old man. Muhammad was 53 years old when he married his favorite wife Aisha, who was only six years old at the time of their marriage.

Afghanistan needs the freedom that only the Gospel of Jesus Christ can bring to break the chains of Islam’s hopelessness. That is why BTJ missionaries are focused on preaching the Gospel in Afghanistan, because they believe that the only thing that will change the situation for 9-year-old girls like Parwana Malik is the Good News of Jesus.

Please continue to pray for more missionaries to Afghanistan. Afghanistan needs Jesus now more than ever.