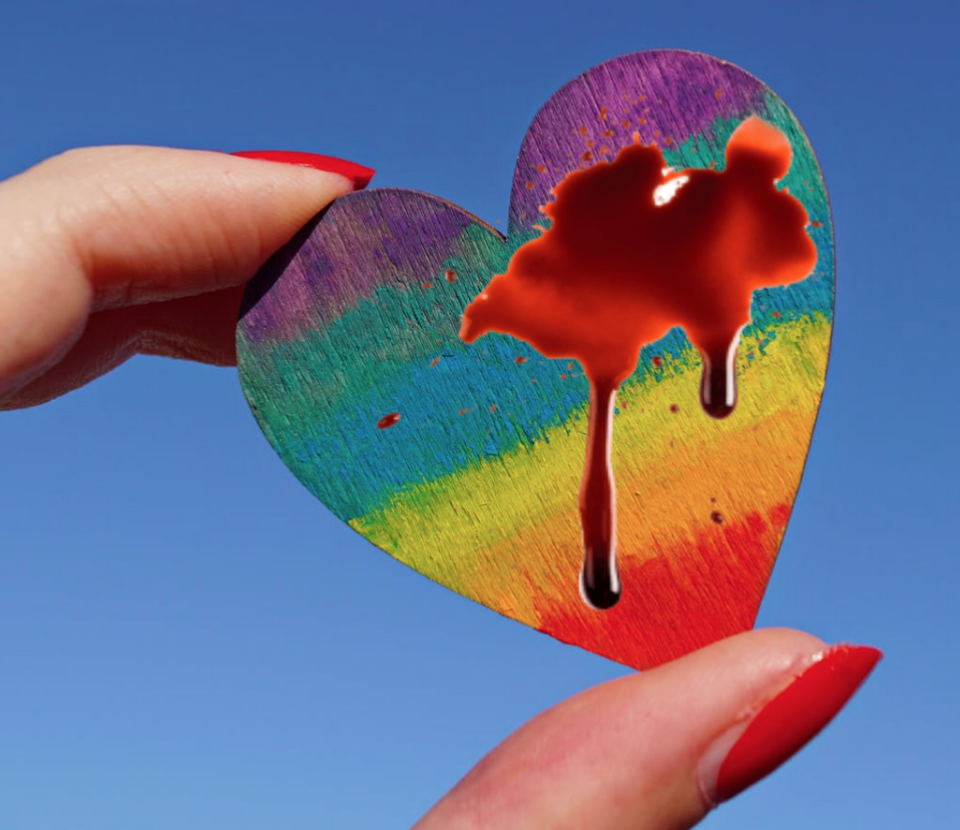 I have spent the last six years following the footsteps of revival and learning lessons about missions from the first century church. When I first started this journey, I NEVER dreamed that I would discover the history about homosexuality and persecution against early believers – but that is exactly what I found.

What I stumbled across while researching the history of revival blew me away and challenges the things that I have been told about homosexuality in the church.

Before I began this study, I thought of homosexuality as a modern-day phenomenon. Of course I knew that it had always existed, but I never thought it was something that was widely accepted the way it is now. But as I walked in Paul’s footsteps prior to the outbreak of revival in Europe, I realized I was wrong.

The pieces started to come together when I traveled throughout the ancient Roman Empire, in places like Rome, Assos, and Mitylene. When I studied the history, I discovered that homosexuality was not only practiced, it was institutionalized. Not only were same-sex relationships common and acceptable, but Roman males often proved their power, dominance, and virility through forcing their male slaves to serve their desires. Their conquests were sometimes celebrated through homosexual acts, and young male slaves were the most prized possessions. It was even commonly practiced among the military ranks, as homosexuality was even associated with entrance into the military.

In the recess of my mind, I guess I had always thought of homosexuals as being victims – being wrongly abused throughout history, but that idea came unraveled as I dug deeper in to church history.

What I found was very disturbing.

For starters, I discovered that Nero, the emperor of Rome, was quite possibly one of the most evil tyrants to ever live.  He was often recognized by the early church as the ‘anti-Christ’ because of his obsession with persecuting Christians. He set Christians on fire, fed them to wild animals, and had their babies slaughtered to entertain crowds.

Nero is also the one who had Paul executed.

Nero took a young boy named Sporus to be his wife. He had Sporus castrated while he was young so that he would continue to look like a young boy. They were married in a public ceremony. Nero often had Sporus dress like a woman and accompany him on official trips. He, like many Romans, was proud of his relationship with a member of the same sex.

Nero did not need a gay pride parade. 2000 years ago, it was part of Roman daily lives. Homosexuality was actually a part of their religion.

Before Nero’s marriage to Sporus, he married a man named Pythagoras in a public ceremony where Nero was the bride. Both homosexual relationships and marriages were widely accepted and practiced.

During the days of the early church, many young boys like Sporus were castrated and forced to serve the sexual appetites of Roman elites, some in the most grotesque manner, and often when they had served their purpose, they were killed.

The homosexual lifestyle of the Romans during the days of the early church was often predatorial, preying on the innocence of small children. Emperor Tiberius, who ruled over Rome when Jesus was crucified, made small children serve him and all of his royal guests. When he tired of violating them, he would send his men out to find new children and kill the abused ones by throwing their bodies over cliffs.

I was completely caught off guard to learn this aspect of Roman and European culture prior to the days of revival. I was totally unaware that homosexuality was in fact more accepted during the days of Paul than it is today, not the other way around.

When Paul went to Rome, he was facing sexual practices that were not only instituted at the highest levels of power but were deified.  He addressed it in his letters to the early church.  When I learned this information, it made his words in Scripture take on completely new meaning.

This dark hole of history went even deeper.  This newly found information blew my modern ideas about homosexuality out of the water and challenged me to my core.

I share in more detail about what I found on Day 34 of our new 61 Day devotional Chasing Revival. The entire Bible study also has a 9 part video series and a work book.

To learn more about the persecution of the first century church, the spread of Christianity, and the history of revival – click here: