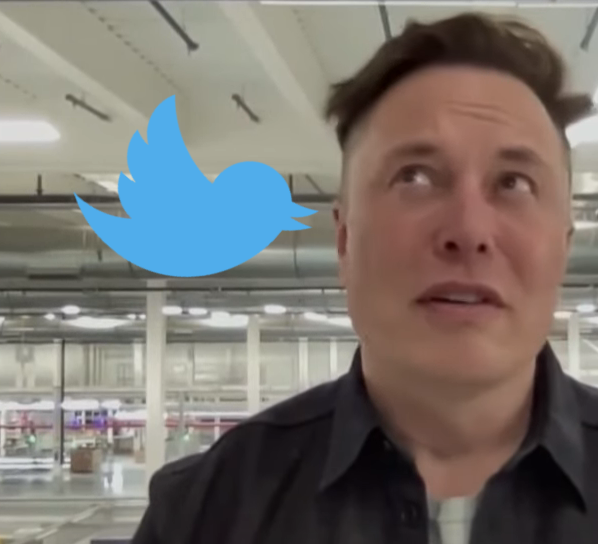 Twitter has a notorious history of silencing Christians. Most recently, Twitter banned the Christian satire site, Babylon Bee, for making a joke about a man, living as a woman, getting an award for being a man.

The joke was funny.

Even the seemingly innocent Mother Theresa is not immune to the tyrannical Twitter police. Her quotes have been black-listed on Twitter and banned from the social media platform.

It seemed that the anti-Christian bias of the Twitter ‘Brown Shirts’ was all the work of a secret cell of secular elites in Silicon Valley. That is until billionaire Elon Musk made a bold move last week to buy the largest share of Twitter.

By doing so, Elon Musk exposed something that few people knew, ripping the curtains away to expose a secret that has been hiding in plain sight for many years – and that is that the Royal Family of Saudi Arabia has been the largest and longest share holder of Twitter.

Al Waleed bin Talal is a member of the Saudi Royal Family and grandson of Saudi Arabia’s first king and Lebanon’s first prime minister. In his own Tweet, he admitted that he owns the largest share of Twitter and is not ready to sell, saying, “Being one of the largest & long-term shareholders of Twitter, @Kingdom_KHC & I reject this offer.” 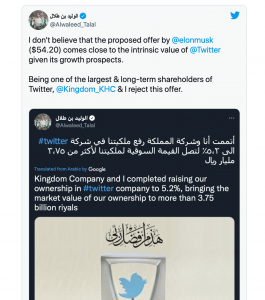 Perhaps though, it was Elon Musk’s response Tweet that revealed even more about the connection between the restrictive nature of Twitter and the Saudi influence, which read:

Interesting.  Just two questions, if I may.

How much of Twitter does the Kingdom own, directly and indirectly?

What are the Kingdom’s views on journalistic freedom of speech? 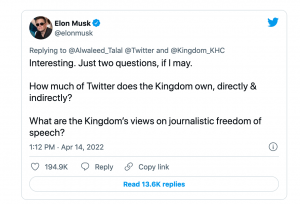 Elon’s last question hits home in the wake of the murder of journalist and The Washington Post columnist, Jamal Khashoggi, who was allegedly killed, hacked to pieces, and disposed of in the Saudi Embassy in Turkey.

Does Saudi Arabia have more influence over Twitter than we know? Is the anti-Christian environment of the Twitter platform and the connection to Saudi Arabia (a nation that kills Muslims who convert to Christianity), more than just a coincidence?

This is a fair question for Christians to ask following the two former Twitter employees who were charged for spying for Saudi Arabia.

The lack of free speech on Twitter is just one of the reasons why BTJ launched our own microblogging platform at DingDash.com. DingDash is one of the only social media platforms out there that was launched by Christians, for Christians, and allows believers in closed countries to have freedom of speech.

DingDash is currently available in China, Saudi Arabia, and Iran and is absolutely free for you to set up an account today.