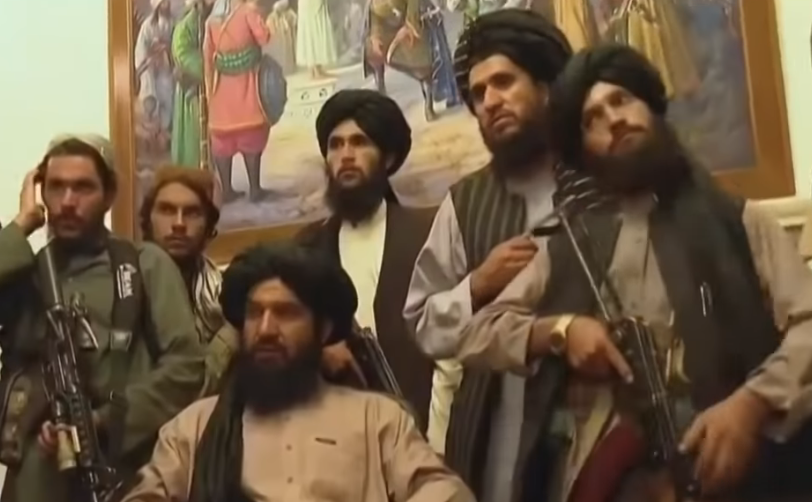 The Taliban has taken over Afghanistan and Christians are once again the primary targets, but there is more to the story than you are being told.

The return of the Taliban was inevitable and I share why in our most recent podcast.

After 20 years of US and international military forces fighting, training, building, and investing billions of dollars into the country, it would seem that the Afghan government (supported by the west) would be able to stand on their own – at least for a few years. That is the promise that US President Biden made only a couple of weeks ago when confronted in a news conference.

Unfortunately, the government of Afghanistan didn’t even last a few weeks. Why?

Why, after so much time, blood, and money invested in the Afghan government did the Taliban march through city after city with such astonishing ease, that diplomats and foreign aid workers have been caught off guard and are currently being evacuated in emergency military airlifts?

Kabul airport is a tragic replay of the fall of Saigon as thousands run to the tarmac, begging not to be left behind. They are begging to be airlifted out, because they know what will happen when the Taliban takes over again. They do not have to guess. They know that women will be beaten in the streets for not wearing a burka, converts will be executed, little girls will be forced to marry old men, and the most extreme form of Sharia Law, as practiced by Muhammad, will be forced on every breathing human being in the country.

The Taliban take over in Afghanistan has been a surprise to many, but it should not be.

The return of the Taliban was inevitable and in our podcast, I explain why.

Today, many people are blaming President Biden for pulling out US troops as the reason for the Taliban take over.

When his predecessor, President Donald Trump, demanded that all the troops be pulled out of Afghanistan and the US Embassy be shut down, his military advisors were able to talk him out of it. Biden’s first major foreign policy decision of his presidency did contribute to what we are seeing today, but there is a deeper reason for the fall of Afghanistan than just the removal of foreign troops.

You may be thinking, OK, if it wasn’t President Biden pulling out the troops, then perhaps it is a problem with the military leadership in Afghanistan – but they are all gone!

How can a nation fight against the Taliban when the top Afghani military leaders, planners, translators, strategists, and fighters are being given refugee status in Europe and America? Who is staying to fight for their nation?

The lack of leadership remaining in the country might be one of the reasons why the Taliban has returned, but there is a much deeper reason.

Many believe that China is to blame.

Last month, China hosted the Taliban leaders in the ancient city of Tianjin and, in doing so, signaled their support if they were able to gain control of the nation. China needs an ally against the Muslim extremists in Xinjiang Province, which shares a border with Afghanistan. China also has many plans with their One Belt, One Road initiative to gain access to all the minerals and natural resources in Afghanistan. The Taliban no doubt felt emboldened by the open support of the most populated nation in the world, with one of the most powerful economies and militaries with big promises of future investments, but to blame what has happened in Afghanistan today on China would not be fair. Though this is a major factor in the return of the Taliban, there is an even deeper reason why the return of the Taliban was inevitable.

The real reason why the return of the Taliban was inevitable is a reason that no one is talking about and it has to do with Islam. The politically incorrect conversation that needed to be had was never broached and doomed the people of Afghanistan.

The cold hard truth about Afghanistan is that the west sent hundreds of thousands of troops, spent billions of dollars building schools, roads, and a working market economy, attempted to bring equality to the sexes, and implemented a working democracy without ever asking one simple question – how can we help the Christians that are persecuted in Afghanistan?

When the western-backed Afghan government persecuted Christians, people looked the other way. When Christians were arrested, beaten, and killed by the newly established laws in Afghanistan, it was greatly ignored. When normal every day Afghanis saw American troops, many of them celebrated thinking that they would finally be able to obtain a Bible. The world was shocked when the US military ordered the burning of all Bibles that had been sent to be distributed by churches in Afghanistan.

The western world attempted to build a democracy, create equal opportunities for women, establish modern education, and create a working market economy while allowing the persecution of Christians in Afghanistan and it went down in flames.

The best minds in the world put together the best plans for Afghanistan. The most expensive consultants were hired to lay out the most well thought-out initiatives. The best military in the world was sent in and executed their role without flaw. Some of the most amazing and selfless military heroes in history served in Afghanistan and I have had the privilege of knowing some of those fine men and women. They won every battle they were asked to fight and selflessly offered their expertise to the Afghani army. Many fine soldiers paid the ultimate price so that the Afghan people could have a chance at freedom. Many gave their life.

No expense was spared. The international community spent billions of dollars. Money came from every direction to make the situation in Afghanistan better, but in the end, what was needed the most could not be bought. It could not be won. It could not be planned.

Afghanistan couldn’t be forced to change on the outside. It could only be transformed from the inside with the Gospel – and the Gospel was blocked.

Many government officials claimed that religion could not be forced on the Afghan people, but that straw-man argument is disingenuous because no one ever appealed for such a thing. In the history of the Good News spreading around the world, it has been taught that the Gospel message can only be chosen as a matter of free will and can never come as a result of force.

Interestingly enough, the same government officials who protested the idea of freedom of religion being embraced in Afghanistan were also the ones who had zero problem with forcefully promoting the rainbow flag for the aggressive homosexual agenda at the Kabul embassy last month. 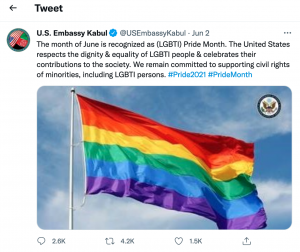 The hearts of Afghanistan could not be forced to change from the outside in, but instead were open for a transformation from the inside out and were denied. The Gospel message was denied by the leadership, consultants, and powers-that-be.

The return of the Taliban was inevitable, because the Afghan interim government that was supported by the west ultimately believed in the same ideas taught in the Koran – ideas that restrict freedom of religion, persecutes Christians, and openly attacks those who follow Jesus.

In 2020, BTJ launched Operation Black Trumpet to provide electronic Bibles in Afghanistan because the Afghanistan police were stopping suspected Christians and searching their electronics to find Bibles or any sign of Christian teaching materials. Operation Black Trumpet was NOT launched because of the persecution from the Taliban – but because of the persecution experienced by the western-backed Afghan government.

The builders of the world tried to build a free and open Afghanistan, but they failed because “the STONE the builders rejected has become the CORNERSTONE.”

Please join BTJ this week as we pray for the believers that are currently in Afghanistan and pray that the nation be transformed, not from the outside in – but from the inside out.