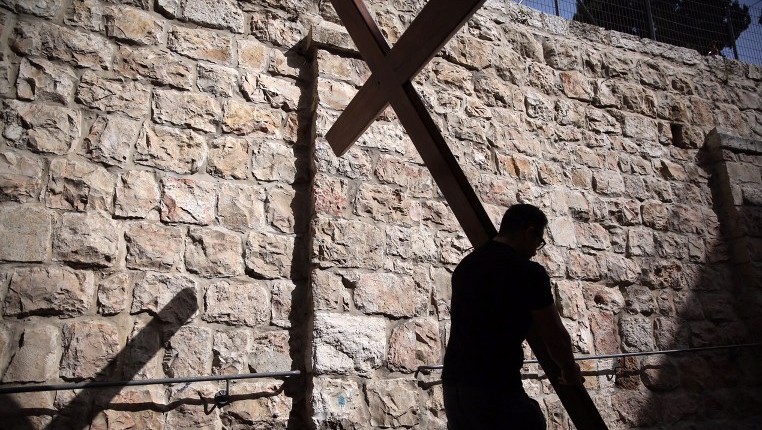 The UK is a post-Christian country. However, it still draws from deep Christian roots. Many institutions, such as schools, scout clubs and charities have strong links to the state church. Surprisingly, many people who otherwise have no faith or church connection, still want to marry in church and have their children baptized.

It is difficult to fathom why people would want to have the blessing of God on these important life events, if otherwise they feel quite happy ignoring His existence. But it seems that while many people do not feel they need or want God in their lives, they still like the Christian ethos and values, and think that these are good for their children to learn.

For them, Christianity means being kind and compassionate to one another, abiding by the laws of the land, being courageous and honest, promoting community and cohesion as well as respect and self-esteem. There is also a vague notion of a Higher Power who can help us when we are in trouble and a place called heaven, where all decent people will end up, smiling down at their loved ones left behind.

This generally approving attitude of much of the population of Christian values, gives many openings for sharing the gospel. However, there is the temptation for Christians to stay within the boundaries of what people expect them to say. Before we know it, we proclaim a gospel that is a bit like this: “God loves all people. He wants us to be happy. We should try to be good. If we make mistakes, God will forgive us, as long as we do our best. You can always pray if you need something. If bad things happen, He will comfort you. When you die you will go to heaven.”

This is a perfectly harmless gospel, and it is all true, except that some things have been left out. However, if we preach the full gospel, it will give offence.

Every culture has their own things that they find offensive about the Gospel. In Muslim cultures it is the scandal of claiming that Jesus was the son of God. God becoming a human is just not acceptable. A God who dies on a cross even less so. It offends every cultural understanding of what Allah is like.

In China, Christian theology is not a big problem. That is simply considered nonsense, and no true communist needs a God to believe in. The big issue is that the communist party tolerates no loyalties to an organization other than itself. It needs ultimate control. Christians are very faithful citizens, up to the point that the party demands what goes against their ethics. Then they will choose their faith. And millions of house church believers have refused to make their faith answerable to the government. In North Korea loyalty is definitely an issue, but more prominently maybe is the issue of worship. The level of adoration demanded for the leader and his father and grandfather are of a kind which no Christian can give to any human. The offence is that Christians have a God to worship, and all humans are just that, humans.

And in the West? The offence used to be the believe in the supernatural, which according to many people had been debunked by science. However, now that there is more acceptance of spirituality, that is no longer the main offence. Where Christianity offends the most is where it places demands on those who claim to be Christians. The gospel does not allow people to make up their own sexual ethics, for example. The gospel also demands the surrender of all the believer’s ambitions, possessions, time, relationships, desires and plans to God. We are not our own. And it offends Western thinking in its truth claims. There is a truth outside of us that we can believe or not, but that will not change according to our preferences.

The gospel message is an offensive message. Not because it is bad, but because it is the ultimate good, and will disclose the evil in every culture and in ourselves. The message of Jesus is not ornamental, and it can’t be neutralized by removing offensive elements. If that happens, the healing power of it will also be removed. The gospel is either a stumbling block that will offend and crush, or the Rock we build our lives on and that keeps us safe from the storm.

Leave a reply to Melanie - KANSAS, USA Click here to cancel the reply