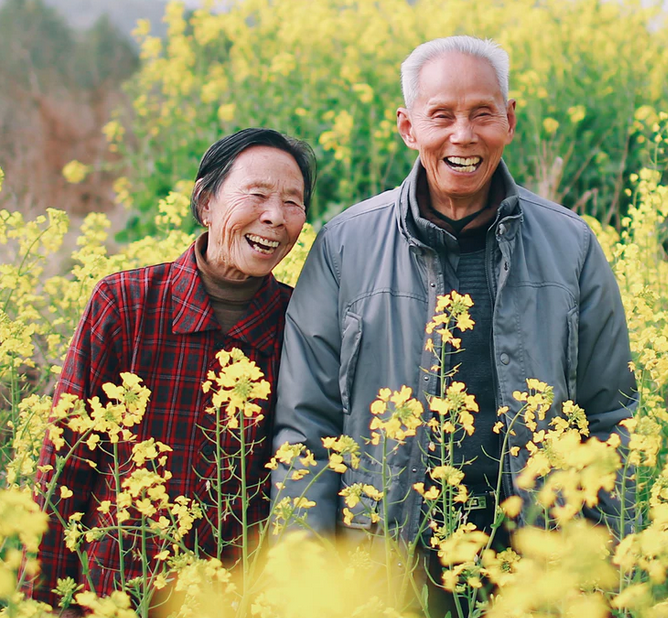 There is a church in China giving the government headaches. They are simply not doing what they are told to do.

In July, the government in China’s Fengtai County in Anhui Province, ordered the removal of the cross from the top of Shiwan Church. On the morning of July 13, state-funded demolition crews set out to remove it, but wisely decided against it when they were confronted by a group of bold elderly believers that were willing to protect the cross with their bodies. The senior citizens were told to move, but they did not budge. It is not clear whether they were being defiant, or didn’t simply didn’t have on their hearing aids. 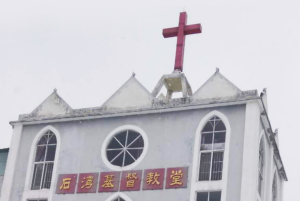 Above is a picture of the menacing Shiwan Church cross, that the government so desperately wants to remove.

After a while, it soon became clear that the senior Christians could hear just fine; it was their ability to listen that was the problem. The rowdy old Christians made it clear that the demolition crews would need to drive over them if they wanted to tear down the cross.

It has been monsoon season in China, so the local government planned to return to the church when the rains came, but the church sits on a mountainous dirt road that turns to mud in the rain and is difficult to drive down. Even so, the stubborn retired Christians promised that they would not leave, even during the rain.

The local government thought that it might try to wait them out and take down the cross when the Christians were at work, but the elderly Christians are retired and have no other place to be.

The local police warned the Christians that their information has been logged into the system and that they are now on a watch list.

The elderly group of Christian rebels didn’t flench at the threat.

They are not the only problem. Their pastor is just as bad.

A fiery preacher by the name of Liu Aijia has presented a lot of problems for the local police. They have asked her several times to submit a copy of her sermons prior to preaching them at the church, but she has been reluctant to do so. The previous pastor of the church left because of interference from the local authorities, but Liu Aijia is a determined woman.

According to Christian Aid, on July 28, the government took things a step further and arrested Liu Aijia and her husband, who is a traveling pastor. Liu was released two days later on July 30.

To make things worse, the information about the churches defiance is starting to spread around the villages of Anhui Province. Curious neighbors are walking to the church to find out what all the fuss is about and what they are finding is continuous singing, praying, and preaching! There is a rotation of church members guarding the church while singing beautiful Chinese Christian hymns.

The elderly members have inspired the community. Unlike many of the younger government officials in the area, they have been around since the Cultural Revolution. They know that the meaning of the church is not found in a building or in symbolism, but they have chosen to take a bold stand in open defiance of the government’s war on Christianity and not trade devotion to God’s Word for comfort.

For now, the cross still remains atop the Shiwan Church and nothing seems to be stopping the newly found 24/7 fellowship – not even Covid.