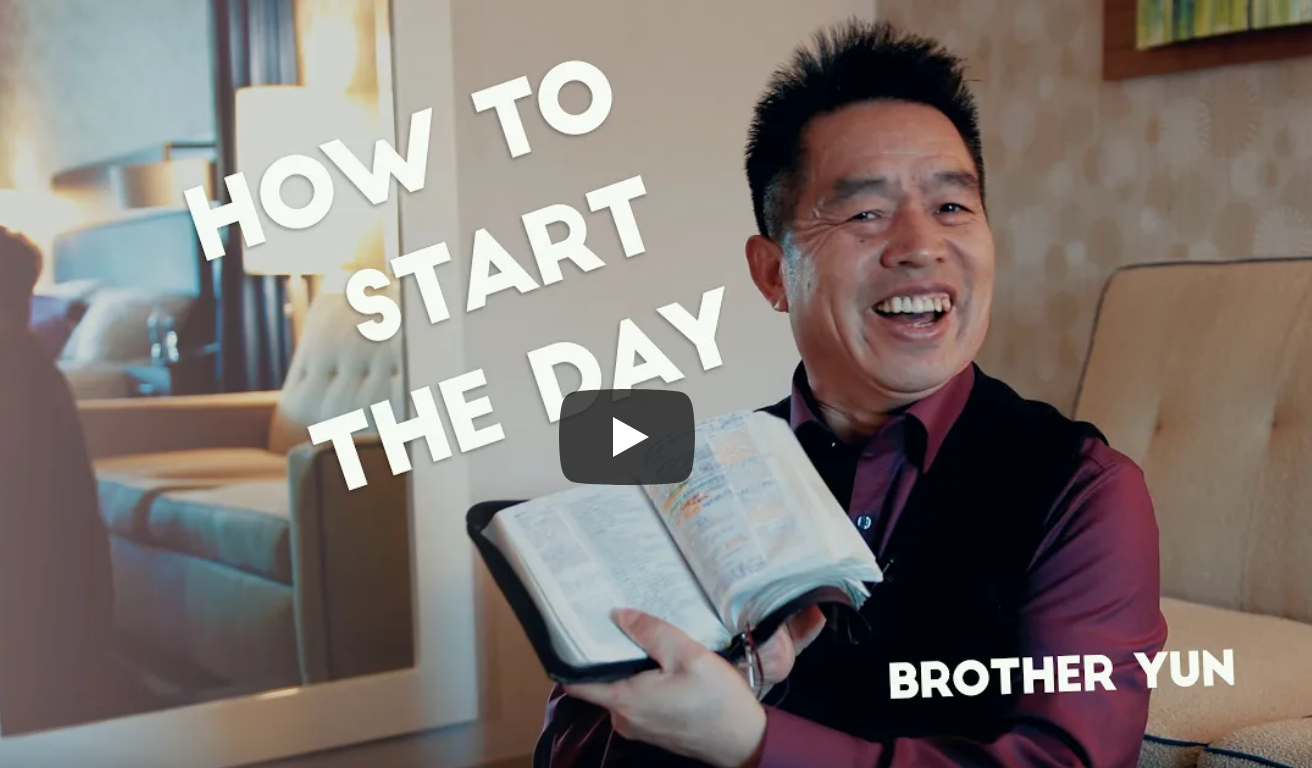 “In my opinion, when we first wake up every day, the focus should not be on what to wear, eat, or drink,” Brother Yun shares with the supporters of Back to Jerusalem.

“Clothing and food are necessary, but in my opinion…being clothed with the Lord Jesus Christ is the most urgent matter.”

Brother Yun, also known as the Heavenly Man, wakes up every morning in the early hours, just after 4 AM, to join his persecuted brothers and sisters in China who gather together to pray at 5 AM. Even with the time zone difference, Brother Yun maintains that 5 AM prayer is one of the best ways for Christians to start their day.

When asked what kept the church strong during times of persecution in China, house church song writer Xiao Min replied by writing one of the most beloved songs in the underground house church, called “Five O’clock in the Morning.”

Early morning prayer played such an important role in the underground house church’s survival during times of persecution, but that was not the only thing.

Brother Yun and several other members of the persecuted church will be joining us in Texas to share how their churches survived persecution.

For the first time in our history, BTJ is hosting a VOICES OF THE PERSECUTED CHURCH CONFERENCE to highlight the testimonies of underground house church leaders from China, the Middle East and Africa.

This has NEVER happened before!

Come and join these underground church leaders next month in Dallas, Texas, on October 22 & 23 for a powerful weekend of sitting at the feet of the persecuted church and learning from their experiences.

LESS THAN 30 TICKETS REMAINING FOR THE BBQ MEET & GREET

VoP Conference ’22 will have underground church speakers such as Brother Yun and his son Isaac Liu from China, Mariam Ibraheem from Sudan, Naghmeh Panahi from Iran, and Sister Esther from North Korea. They will share detailed information about the increase of Christian oppression, evangelism during affliction, and revival during times of intense persecution.

This is an underground church conference, so this meeting will not be in an auditorium but in an intimate setting and SPACE IS LIMITED.

An optional ‘meet-the-speakers’ Texas BBQ pre-conference dinner will be held on Friday evening, October 21 at 6:00pm, for those who would like the opportunity to spend some time with the speakers. Additional ticket is required for the meet & greet, limited to 200 people.

Get your tickets below: