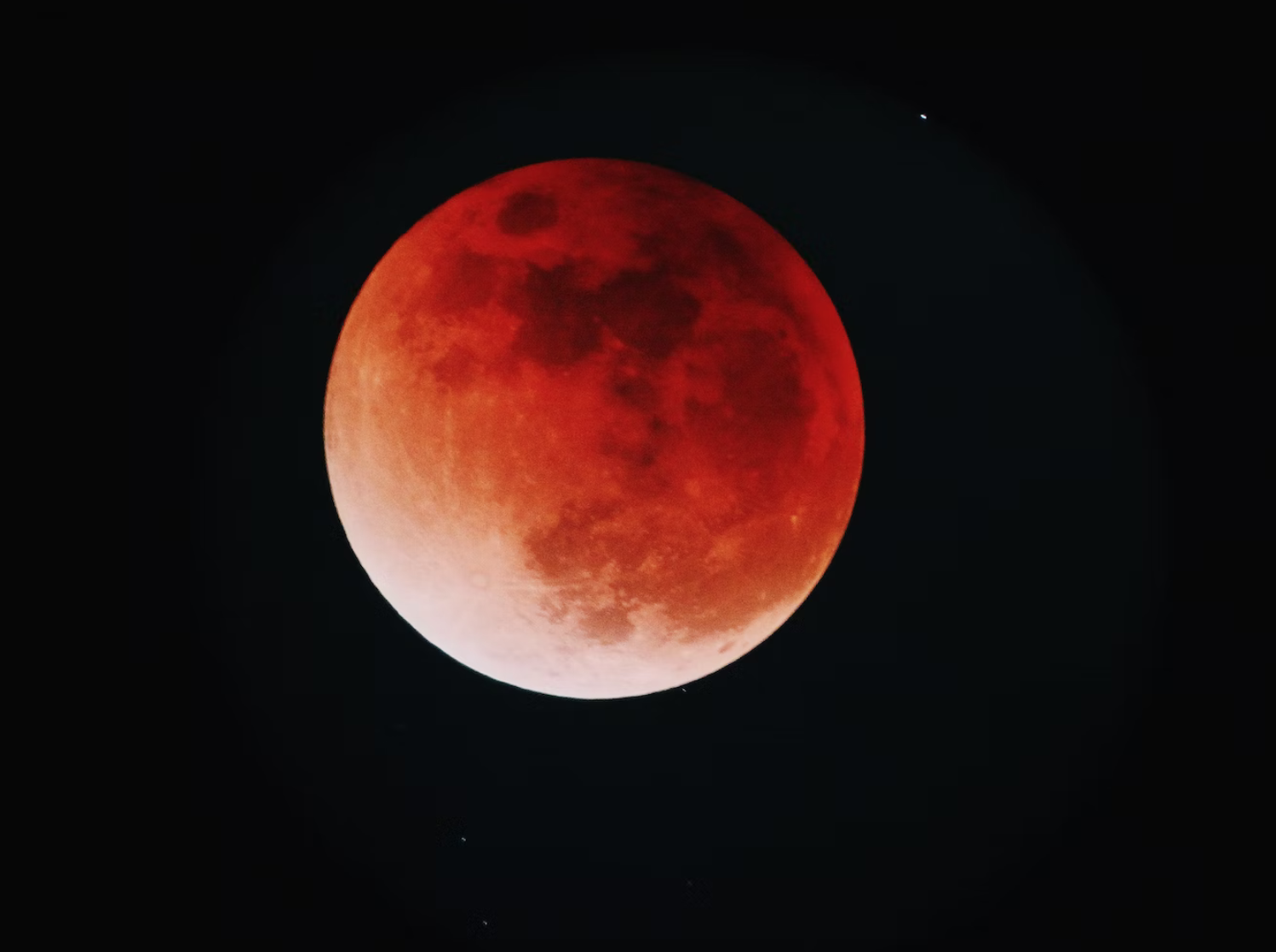 The first blood moon ever to appear during a US election day will take place this week.  According to astronomers, November will be a ‘jam-packed month‘ for celestial events with blood moons, fireballs from space and meteor showers. “Some of the most intriguing astronomy events of the entire year will unfold in the November night sky,” according to accuweather.com.

A lot of information has circulated as it pertains to blood moons and end time prophesy, but what is a blood moon and does it point to the return of Jesus?

In simple terms, a blood moon, like the one that will be taking place next Tuesday, is another name for a total lunar eclipse, not to be confused with a solar eclipse. The event is almost spiritual as the Earth lines up and passes between the Sun and the Moon, blocking the view of the sun. The Moon, not 100% obscured, can be seen slowly darkening and changing color from bright white to a grimacing orangish, red.

How does this natural phenomenon tie in with end-time prophesy? When talking about ‘blood moons,’ Christians often quote the book of Acts, “I will show wonders in the heavens above and signs on the earth below, blood and fire and billows of smoke. The sun will be turned to darkness, and the moon to blood, before the coming of the great and glorious Day of the Lord.” (Acts 2:19-20)

Revelation 6:12 also refers to the blood moon in the final days, “And I beheld when he had opened the sixth seal, and, lo, there was a great earthquake; and the sun became black as sackcloth of hair, and the moon became as blood.”

Looking for signs of the end-times can be undoubtably an all-consuming affair, but there is one single sign that should stand out to most Christians as the primary indicator for end-time prophecy. For BTJ in China, the words of Jesus about end-times is the single largest indicator pointing to the return of Jesus Christ and it is found in Matthew 24:14, “And this Gospel of the kingdom shall be preached in all the world for a witness unto all nations; and then shall the end come.”

It seems unlikely that any sign indicating the end of time could be more significant than the completion of the Great Commission. For Christians, end-time prophecy is not something that should instill fear, but instead it should bring unspeakable joy because it is the return of our Messiah. Last year BTJ published “CHINA AND END TIME PROPHECY,” a book focusing on the mission movement of China and the completion of the Great Commission in the last days.

China’s population, economic growth, and thirst for military power should take center stage by anyone interested in biblical prophecy and the completion of the Great Commission. China, as the ‘Red Dragon’ can be seen as the armies involved in the final battle. However, a different kind of army is also rising in China in these last days, and it is quickly approaching two hundred million people. This army is for Christ and is focused on completing the Great Commission, ushering in the return of the Messiah.

CHINA AND END TIME PROPHECY may change your view of end-time prophecy. Back to Jerusalem is not just a missions movement of the Chinese church. It is an eschatological event confirmed by both the Old and New Testaments. God is using the Red Dragon to fulfill His ultimate purposes.