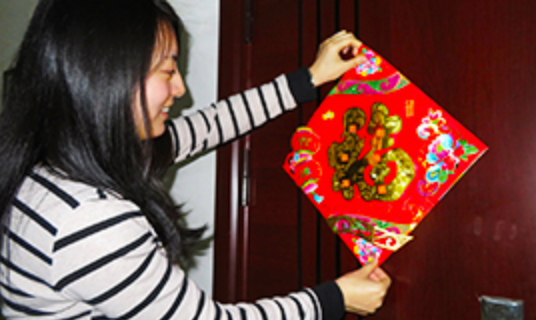 Today is the largest holiday of the year in China – Chinese New Year!

Hundreds of millions of Chinese around the world are celebrating meals with family members as they celebrate the year of the ox, but many have no idea that there is a secret message from God hidden deep in their traditions.

But it is the fifth thing that every family does which holds a secret that few Chinese know about.

Every family in China hangs decorations for Chinese New Year and every street, building, and home is decorated with red. Red is the main color for every decoration during the festival. The most iconic decoration are the banners that every family hangs outside of their door posts. 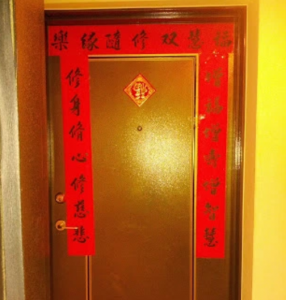 During the Pass Over festival, Jews remember the story of when their homes were protected from the death angel as it passed through Egypt.

Then they are to take some of the blood and put it on the sides and tops of the doorframes and the blood will be a sign for you on the houses where you are, and when I see the blood, I will pass over you. No destructive plague will touch you when I strike Egypt. Exodus 12:7,13

Is this a coincidence?

Could be, but for thousands of years, long before Buddhism, Taoism, or Confucianism, the Chinese prayed to the God of all creation, Shang Di 上帝. The annual worship on Mount Tai in Shandong Province and the border sacrifices, are closely related to the ancient worship found by the Jewish people to El Shaddai.

The earliest border sacrifices in China were made by the father of the Chinese people, Haung Di. Huang Di migrated eastward to China from the West and would have lived during the same time as the three children of Noah. This explains why many stories from the book of Genesis, like the Garden of Eden, the Great Flood, and Murder of Cain’s brother Able are all told in detail within the ancient Chinese characters.

The Chinese practice of posting the blood-red banners over their door posts to protect the home is an amazing opening to share about the Biblical concept of Pass Over.

Some Chinese homes also like to post another banner on their door. It is the Chinese character of blessing 福. The character for blessing, fu 福, consists of the characters 礻(God) + –口 (one man or mouth) + 田 (garden).

The word for blessing is to remember what it was like for God to be together with man in the garden. 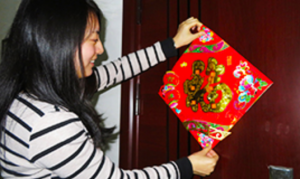 Many Chinese like to turn the character upside down on their door, which signifies letting the blessings flow like a river.

The secret of this fifth practice in Chinese culture is so true. When we are covered with the blood of Jesus Christ, we are protected from the death of sin and once again experience a time when God is together with us – this is the most powerful blessing that anyone in life can hope for.