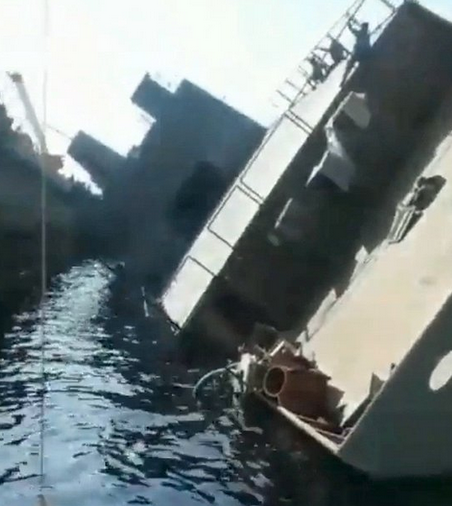 Who needs to fight the battles when the battle belongs to the Lord?

Satellite images confirm that the world has one less Iranian warship to worry about. Iran’s newest battleship, known as the ‘Talayieh’, has tipped over in a dry dock in the port of Bandar Abbas in the Persian Gulf.

It seems that Talayieh, a named that means “advanced guard” in Farsi, was in its final stages of construction when it rolled over onto its side before its maiden voyage.

Iranian Navy ship named Talayieh which was still under construction was capsized in the dry dock in Bandar Abbas. One person is reportedly killed in the incident. pic.twitter.com/0LFLLEZxMd

As Iran continues to threaten the nation of Israel with attacks, supernatural events seem to keep taking place that retard their military advancements.

Could this be the result of Christians around the world praying for the safety of Israel?

Maybe so. Maybe so.

Leave a reply to April Click here to cancel the reply