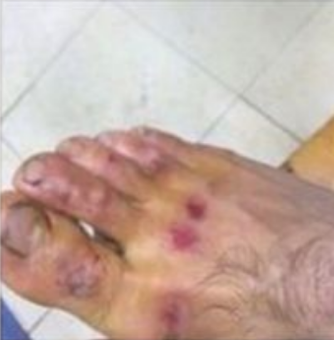 Persecution against Christians in China is on the rise.

The government has been unsuccessful in stopping the growth of Christianity in China – especially among the young people – so they are employing a new strategy to find out where meetings are, who the leaders are, and what methods they are using for avoiding police detection.

According to BTJ sources, in one area of central China the Chinese government hired 500 college-age secret agents to pose as potential Christians and infiltrate underground house church meetings.

“Most of our new converts these days are young people looking for meaning for their lives,” one pastor shared with us during a private meeting in China. “The government knows this and are exploiting the heart of our outreach efforts.”

The government knows that this method has the potential to challenge evangelical efforts to reach the unsaved. If the government is employing young spies, the church might tend to be more cautious when accepting new young converts into their secret underground fellowships.

Several pastors connected with BTJ have been arrested in the last couple of months and were taken to ‘black prisons,’ or detention facilities that are not registered as regular holding facilities.

Those Christians who are not being arrested are finding their livelihoods threatened. Brother Pan Fei of Early Rain Covenant Church in China was fired from his job at Yonghui Superstore for refusing to stop going to church.

On the “resignation” form he was forced to sign, he wrote: “For believing in Jesus Christ, the only Son of God and Savior of mankind, my employment with Yonghui Superstore has been terminated.” (in picture)

Brother Pan Fei is not alone. His entire church was raided at the beginning of the year and many of the church members were arrested and beaten. (in picture).

Pastor Wang, pastor of Early Rain Covenant Church, made a statement saying, “As a pastor of a Christian church, I must denounce this wickedness openly and severely. The calling that I have received requires me to use non-violent methods to disobey those human laws that disobey the Bible and God.”