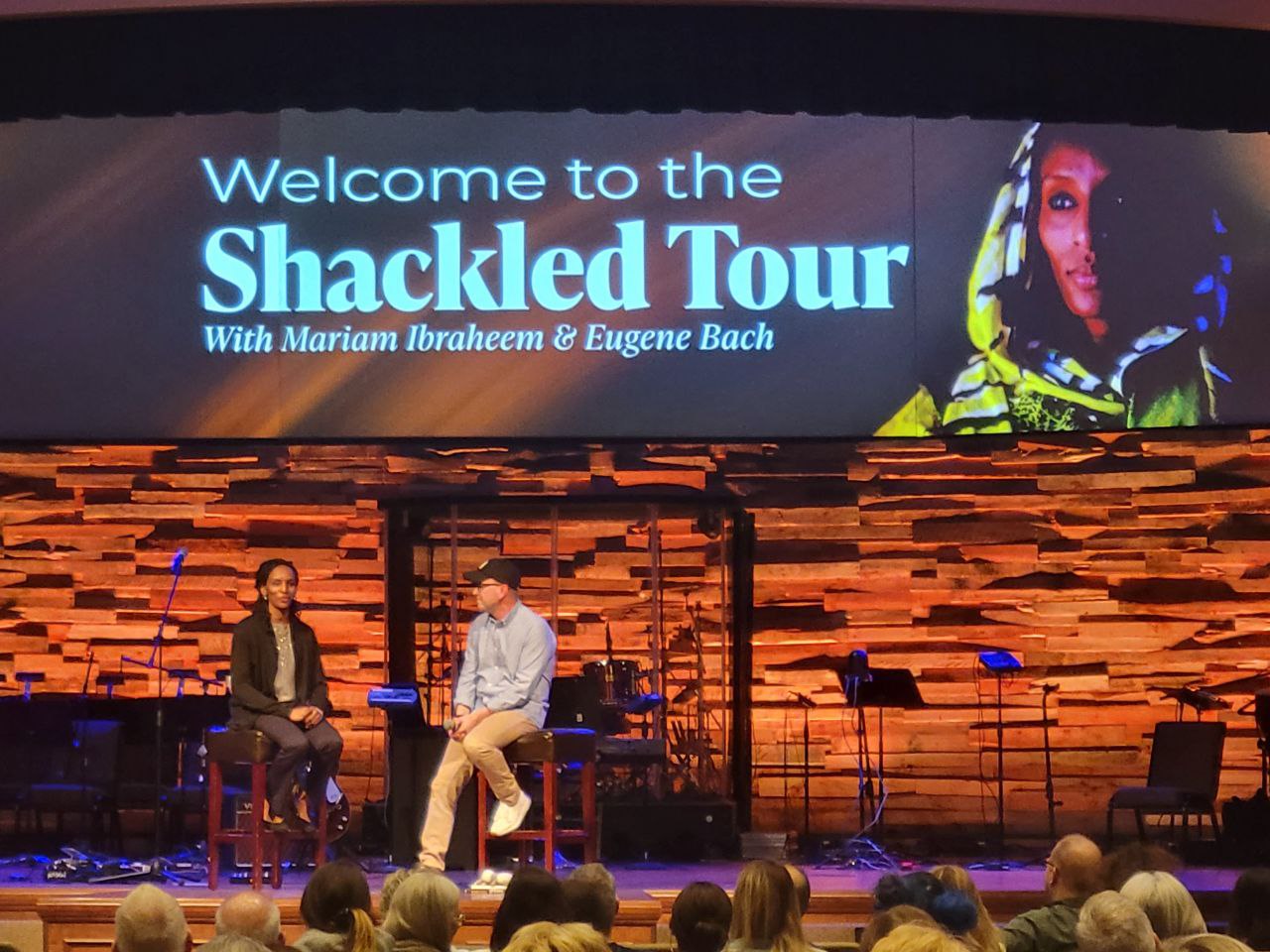 Eugene and Mariam are on a book tour in the USA for Mariam’s new book, Shackled: One Woman’s Dramatic Triumph Over Persecution, Gender Abuse, and a Death Sentence. During this interview, Mariam shares that it took 7 years for her to finally write her story.

Mariam has come under attack from many people, and has started to realize that there are many in the USA who are not aware of the atrocities happening to women in countries who are under Sharia law. This disbelief seems to be from a lack of information and awareness of what is true.

Mariam wants to bring attention to these atrocities.  She feels that the Lord has called her to be a voice for oppressed women around the world and, by bringing attention to her story, she will achieve this. Mariam wants to give these women a voice, let them know God cares for them, and that they should take courage because that they are not alone. She wants to give God all the glory, and use the platform He has given her to create awareness of the women being subjugated to this oppression.

Come listen to Eugene and Mariam share about the reactions to her story at the speaking engagements on the US tour, and hear more about her story in the episode below: