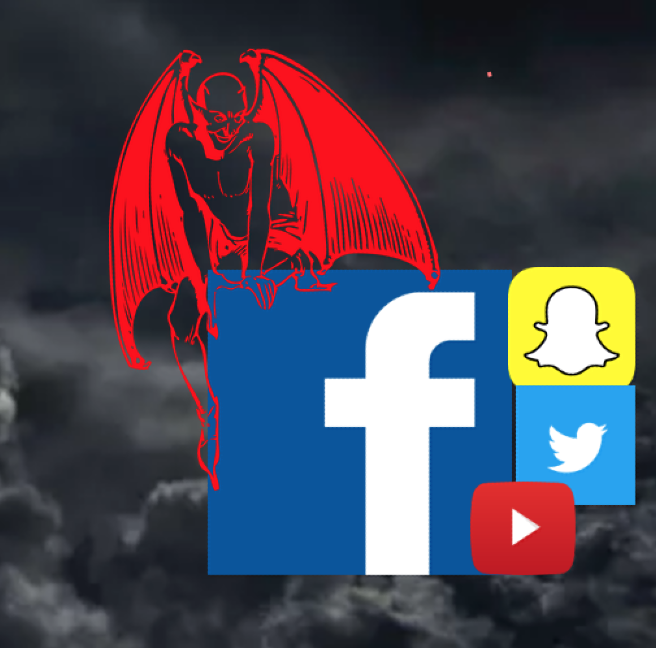 Almost EVERY DAY there is a new Christian group being censored, blocked, or persecuted by Facebook, YouTube, Google, or Apple.

Sometimes it feels that the government should step in and do something to limit the power of these giants – but that is the LAST thing that we would want to happen. Mark Zuckerberg is practically begging for the government to step in – why? Because if the government steps in and creates rules, Mr. Zuckerberg knows that his company, Facebook (as well as many like-minded companies and CEOs), would help write those rules. Those new government regulations would not give more free speech, instead they would hand more power to the social media giants to continue running their monopoly. 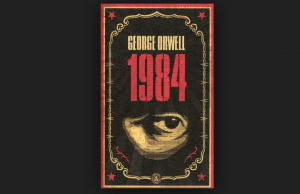 The sudden up-tick of sales of this book is no coincidence. Without a crystal ball or Mayan Calendar, George Orwell wrote an eerily accurate account of a government known as Big Brother that closely monitored it’s citizens and controlled what they think and everything that they did. Big Brother used tele-screens, fear-mongering, media control, and corruption to control the masses.

What is happening to Christians in China today is very similar and large social media giants in the west are following.

Now that people are dependent on social media in China, China has now introduced a social credit score. The social credit score is based on the activities that the Chinese government can see on your account. They look at where you have been, who your friends are, how you spend your free time, how you do at your job and determine a “trust-worthy” score.

If you do things that the government does not like – like go to church or hang out with known Christians – then your score is lowered.

In China, a low score prohibits you from buying plane tickets, train tickets, a passport, restricts your job opportunities, obtaining medical care, and even keeps your children from getting into school.

Many Chinese Christians today are being evicted from their homes, fired from their jobs, and unfriended on social media because they have a low social credit scores.

Like “1984,” China is attempting to social engineer a society that does exactly as the Communist regime desires.

China is not alone. Large social media corporations have been watching China and adapting some of their ideas.

Social media giant FaceBook for instance has admitted to developing their own “trust-worthy” score that is similar to China’s. It is not yet as extreme as China’s, but like China, users that have a pattern of supporting traditional Christian values in terms of the value of life or the nuclear family are finding themselves blocked, removed, or ‘shadow-banned.’

To combat this, a new social media platform is being launched by underground Christians in Asia called www.dingdash.com. Dingdash.com is based off of the idea of Morse Code, a system of dots and dashes that were used during WWI and WWII to communicate and send messages in enemy territory. Ding Dash will be launched in Vietnam and India in November 2019, but believers around the world can sign up early at www.dingdash.com.

Facebook has been watching the monetisation of WeChat in China and has been fascinated with how the Chinese government was able to take a social media platform and connect it to every day market transactions. WeChat is now used in every city in China to pay for food, bus fare, plane tickets, taxi, parking, etc. Without WeChat, it is almost impossible to participate in every day life as a Chinese citizen.

So when your account is blocked on WeChat as a direct result of Christian activities, you have fewer and fewer choices to participate in the open market.

This is the path that Facebook and Google are also joining.

This year, Dr. Michael Brown, a Christian apologist, saw his videos “AskDrBrown” on YouTube (owned by Google) demonetized this year for no apparent reason other than his Christian views were offensive to the community. (https://stream.org/youtube-demonetized-entire-channel-wont-believe/)

YouTube has clearly been outed as having an anti-Christian bias – something that they share in common with China. It was reported in March of this year, “As reported by Tyler O’Neil on PJ Media, “Early Wednesday morning, Google software engineer Mike Wacker went public with an incident showing anti-religious bias among the company’s Human Resources (HR) division. HR slammed Christian YouTube ads as ‘homophobic’ and ‘very counter to our mission’ in a newsletter that goes to 30,000+ employees at the company.”

Videos on YouTube that refer to biblical teachings regarding sex, life, morals, etc can now be considered hate speech and as Dr. Michael Brown has pointed out, there is no recourse when YouTube wrote back to him simply,

“Upon checking, your channel was demonetized due to re-used content. As much as I’d love to help, this has already been reviewed by our internal team and they’ve determined that your channel does not comply with the YouTube Partner Program terms. Unfortunately, we cannot provide you with specific details as to how it led to this decision and there’s no option to appeal.”

Lila Rose runs a group called LiveAction – a pro-life group that believes in the biblical teachings on the value of life. Her Twitter account was completely banned because she showed pictures of ultrasounds and fact checked mega-abortion provider Planned Parenthood.

This is just one of the reasons why we are launching www.DingDash.com. Our goal is provide a platform for people around the world to connect without having their Christian views shut down.

The official launch of DingDash.com will be on November 16, 2019.