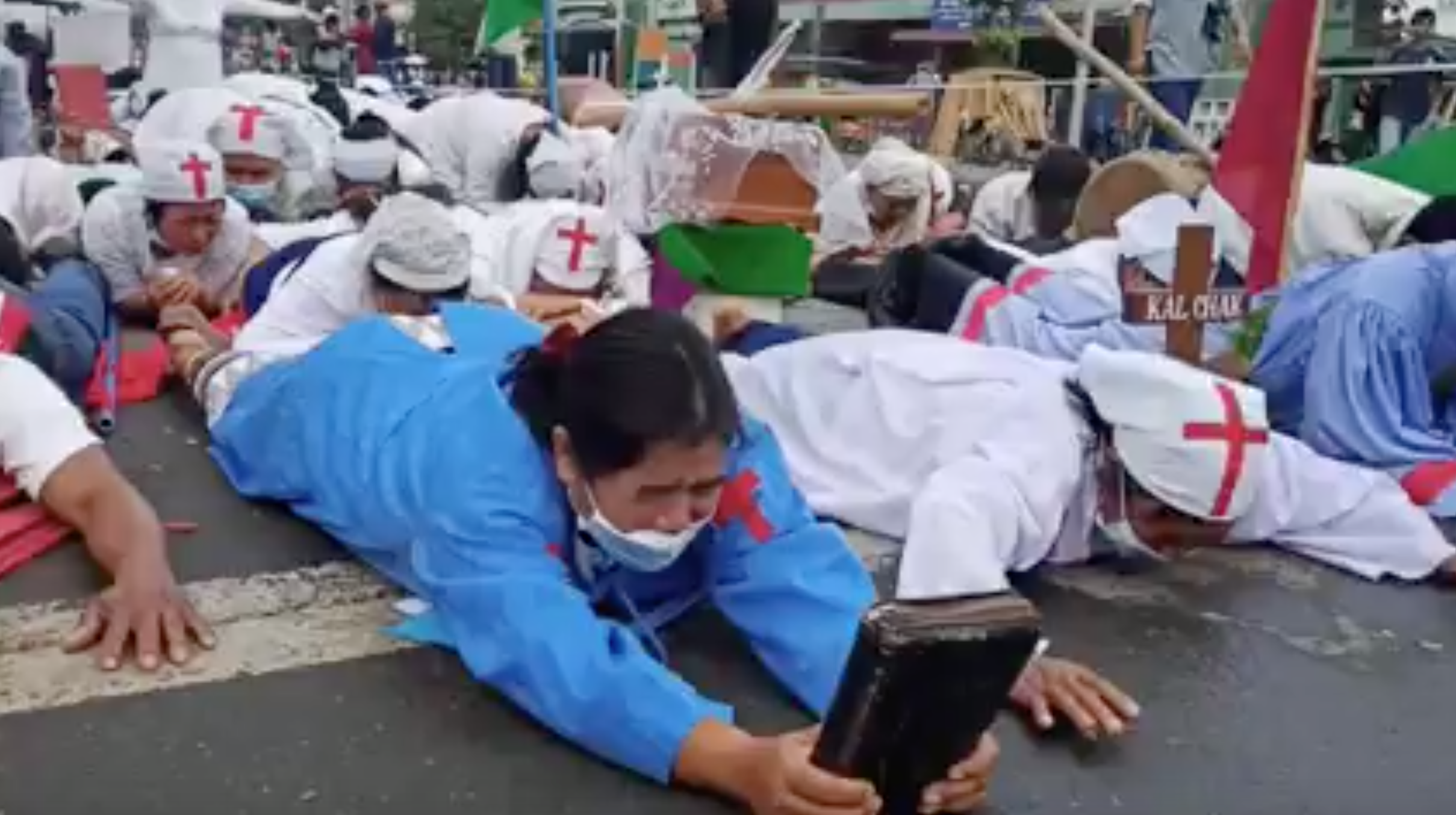 In one of the worst military crackdowns in recent memory, the people of Myanmar have been left feeling hopeless. The military has been ruthlessly cracking down since taking control of the government last month in a surprise coup. The coup has brought back the painful memories of when the nation was under the control of the military junta for almost 50 years.

The entire country is in a state of emergency and Christians are pleading for the blood shed to stop. In a video sent to Brother Yun, believers can be seen in the capital city of Yangon laying down on the ground, praying and desperately holding on to their Bibles.

Brother Yun was once a prisoner in the nation of Myanmar and his heart is moved for the people. His only daughter served as a missionary in Burma, providing aid to BTJ missionaries.

Brother Yun is asking for fellow believers to join together and pray for the nation of Myanmar.