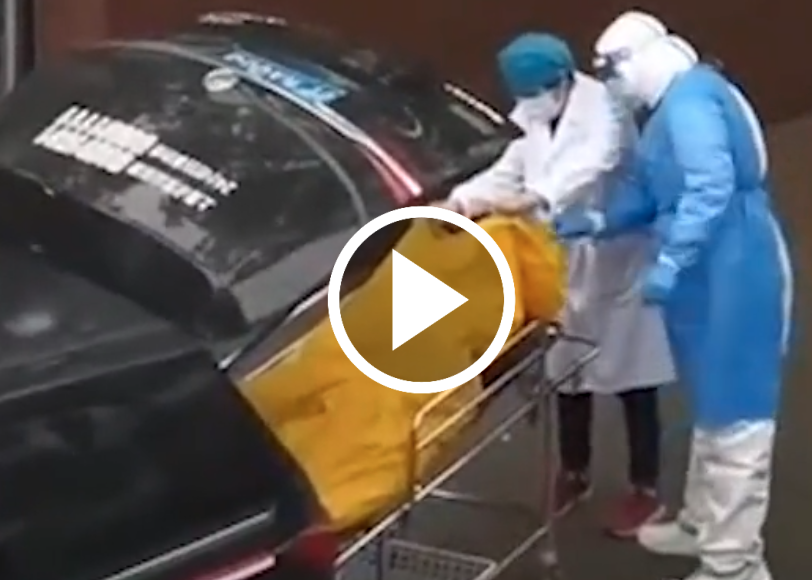 Are the dead coming back to life in China? It seems so. Either that, or people are being taken to the morgue who are not completely dead.

A shocking video posted by the South China Morning Post shows several Shanghai front-line workers with a body bag on the way to the morgue, only to find that the dead person inside had come back to life.

A senior citizen was mistaken for dead by staff at an elderly care centre and sent to the morgue. He has since been taken back to the hospital and is in stable condition. pic.twitter.com/djNSgz77LV

The video shows workers unzipping a yellow body bag with a man who supposedly died in a nursing home, but when they open it, they see that the  dead person is in fact alive. One of the staff workers can be heard saying that “it is unethical” to allow a live man to be taken to the morgue.

Though this man does not seem to be alive from the result of prayer per se, a similar morgue story is often told by Brother Ren during the BTJ tours; a Christian evangelist goes to the morgue for several days in a row to pray over a dead family member and in front of all the staff, the dead person comes back to life and walks out of the morgue.

According to the South China Morning Morning Post, who posted the video on Twitter, the elderly man was taken to the hospital and is in a stable condition.