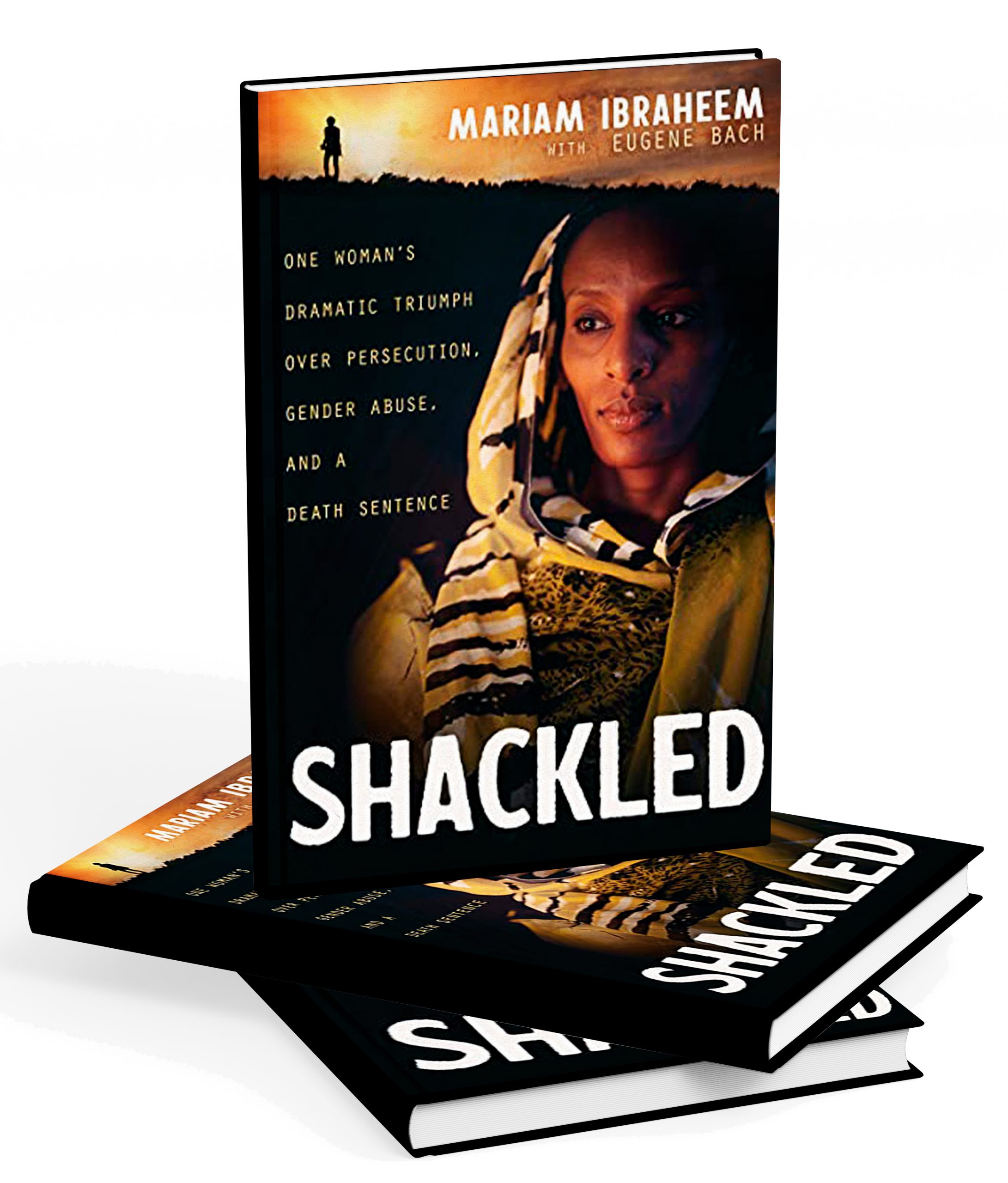 If you haven’t yet read the book Shackled about the story of Sudanese believer Mariam Ibraheem, consider putting it on your summer reading list. Shackled is not a book for the faint of heart; it has details of extreme suffering. Still, it is full of hope, courage, love and the faithfulness of God.

Many people in Mariam’s life caused her harm, but there are no harsh words for them in her book. Perhaps the most condemning words in Shackled are reserved for sharia law. Mariam clearly knows the Quran, not just from many years of intense study, but from the many scars in her soul and on her body.

From a very young age, her life was determined by this rigid system which had no regard for her life or wellbeing, or for that of the women and children in the Sudanese refugee camp she grew up in. Submission was the only thing that mattered, not just in action, but in thinking. As the child of a Christian mother and a Muslim father, she knew the effect both the gospel of love and the wrath of Sharia had on people. They were embodied in her loving mother and her violent father. At every turn, she had to choose to either find courage in the gospel or submit to the demands of sharia.

Although throughout her youth her faith was constantly attacked, she had seen enough of Islam to know it would not bring her peace. Her heart was free, but in refusing to let her soul be shackled, it led to her body being shackled.

One of the most touching passages for me was that of her initial imprisonment. She was held in a cell with several young women and girls who had been trafficked from Ethiopia. Their abuse continued in this Sudanese prison. They were defenseless, without family or legal counsel and no hope. Nothing but abuse awaited them. Mariam was placed among them, defenseless herself in the face of false accusations because of her faith, but she ministered to them and protected them. No one but a prisoner could have reached those girls in that situation, but God had not forgotten them and He did not forget Mariam.

Discipled by the nuns in the Catholic Cathedral in Khartoum, Mariam had developed a theology of suffering that would sustain her throughout her many ordeals. She expected persecution to be a part of her life as a Christian in a country ruled by Sharia law. She also expected Jesus would not leave her to face it alone and He would work miracles on her behalf.

The story is full of supernatural courage, but also of humanity; moments of kind people taking risks to help this ‘infidel’ at crucial moments. Muslims and Christians alike demanded justice on her behalf. Many paid a heavy price.

Eventually, Mariam and her children were released from prison and after many setbacks found safety, but Mariam is keenly aware of the shackles of sharia law that bind so many and she wants to help women like herself live lives of dignity and freedom.

Sudan needs the gospel of love to set free those whose hearts are imprisoned. May this book help you pray and work for the kingdom of God to come and break those chains.