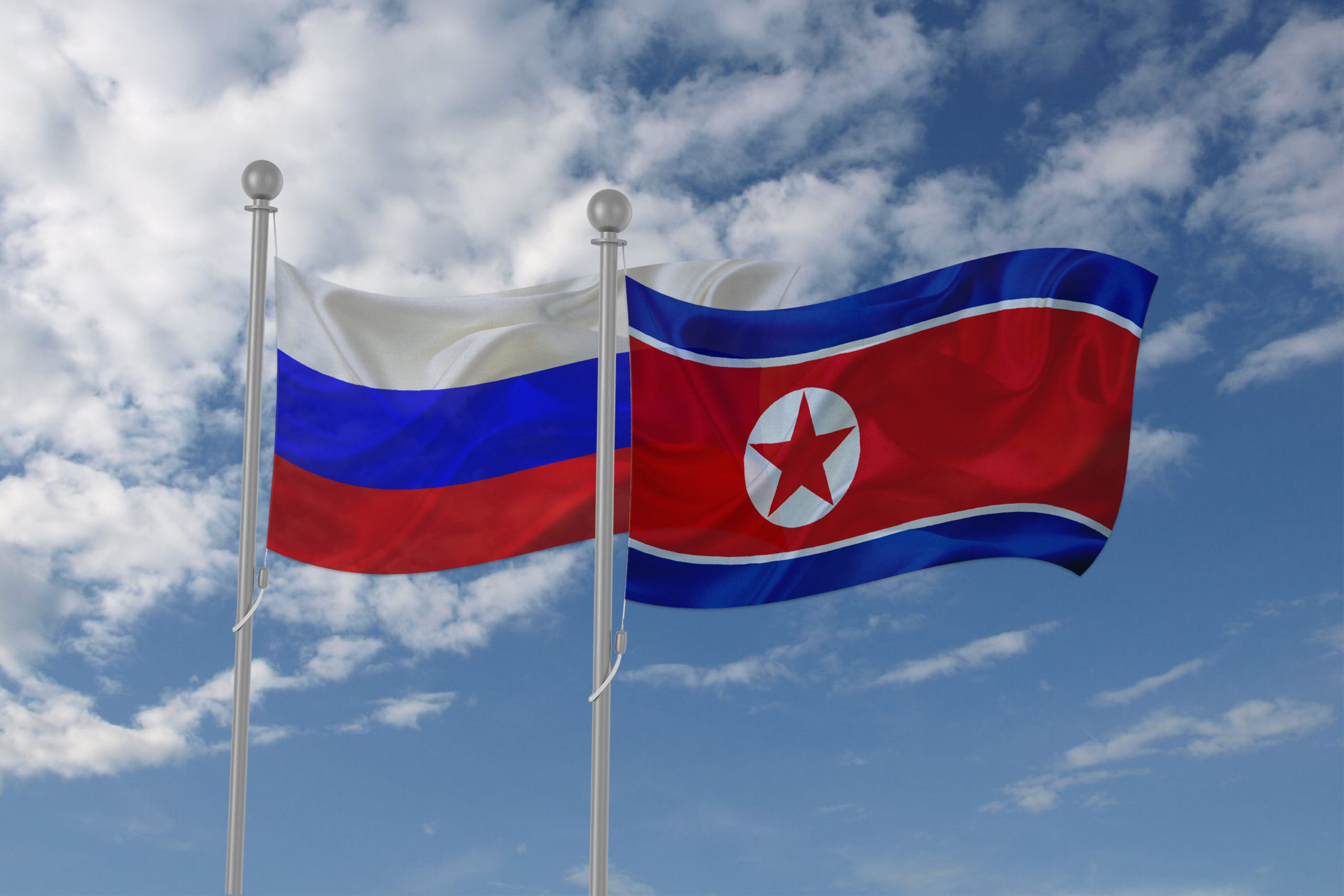 The war in Ukraine is rekindling old alliances and not in a good way. Recently, it was revealed that Russia had bought drones from Iran to replace their losses on the battlefield, but to replace ammunition like artillery shells and rockets, it has turned to another old comrade: North Korea.

Many use this deal to point out how badly Russia is doing with their supply. However, to understand the significance of this move, we should not only look at Russia’s current supply issue, but also at the history of Russia-North Korea relations.

Not many people know that North Korea borders not two, but three countries: South Korea, China and Russia. Russia surrounds the Northeast of China. Russia’s landmass cuts off China from access to the Sea of Japan and borders North Korea.

The Russia-North Korean border is not long; 11 miles or 17 kilometres, but it has great significance. Kim Il Sung, the eternal leader of the North Korean nation was born in Russia. It was Russia who invaded Japan-occupied North Korea and took control of the territory while the US administered the South of the peninsula. Russia was the first country to recognise North Korea’s independence. Russia and China struggled for influence over North Korea in the sixties, but eventually Russia became prominent. This helped North Korea develop economically to a point where it became more prosperous than South Korea in the late seventies. In 1988, 60% of North Korean trade was with Russia, although that trade mostly considered of raw materials and oil at heavily-reduced prices.

Then, things began to change when Gorbachev started to reduce aid in the eighties in favour of improving relationships with South Korea and when the USSR collapsed, the aid ended. Yeltsin had no interest in funding North Korea. This led to a severe famine in North Korea, which killed millions of people. It also forced North Korea to turn to China, on which it has come to depend for almost everything that they cannot supply themselves.

Relations between Russia and North Korea improved after Putin came to power, but Russia was no fan of North Korea’s nuclear tests and joined the UN in their sanctions, forbidding the selling to or the buying of weapons from North Korea.

We are only a couple of years down the road from that and now, North Korea and Russia have been reunited as comrades in their shared national pride and aggression. It seems North Korea took the first step by being one of the very few countries to recognise the independence of the Russian-held territories in Ukraine, just like Russia did for North Korea in the forties. North Korea also reportedly offered to send 100 000 soldiers to fight in Donbass, as well as offering a workforce to help rebuild the region. It seems like the war in Ukraine is a good chance for North Korea to recover a strong ally and break free from the sanctions-imposed isolation.

Russia responded positively. After all, it has become a bit of a pariah itself and does not have many places to turn to acquire the ammo they need. North Korea has huge stockpiles of old, Soviet era artillery which is compatible with Russia’s launchers. Aside from workforce, military equipment is about all North Korea can offer and the country is in great need of pretty much everything else. People are starving. Another terrible winter lies ahead and buying fuel from abroad has become very expensive. Russia on the other hand could easily supply North Korea with fuel and other necessities. Because of the shared border, they can get around UN imposed sanctions.

Forging Russia-NK alliances also gives North Korea leverage against China. North Korea can use it to extract more aid from China, who would be concerned about Russia gaining influence in the region and would want to protect their interests in North Korea.

North Korea will prove a valuable friend to Russia. It will not question the morality of Russia’s destruction of large parts of the Ukraine and the brutalizing of the population. Self-preservation is all that matters. They become comrades in crime.

It can be really concerning to observe all these shifts in power-balance across the globe, but Christians should never get their information only from the news. The Bible gives us a look behind the scenes. Psalm 2 says that the nations plot in vain. It also reminds us that the throne the nations fight to take is already taken and that God is not impressed by their scheming. Moreover, both in Russia and in North Korea we have many comrades in Christ. There is a living and faithful church, enduring under pressure. God’s kingdom is being established. Let’s pray that God’s kingdom will grow in strength in both nations, as we live in joyful expectation of the time when nations will need to “study war no more.”