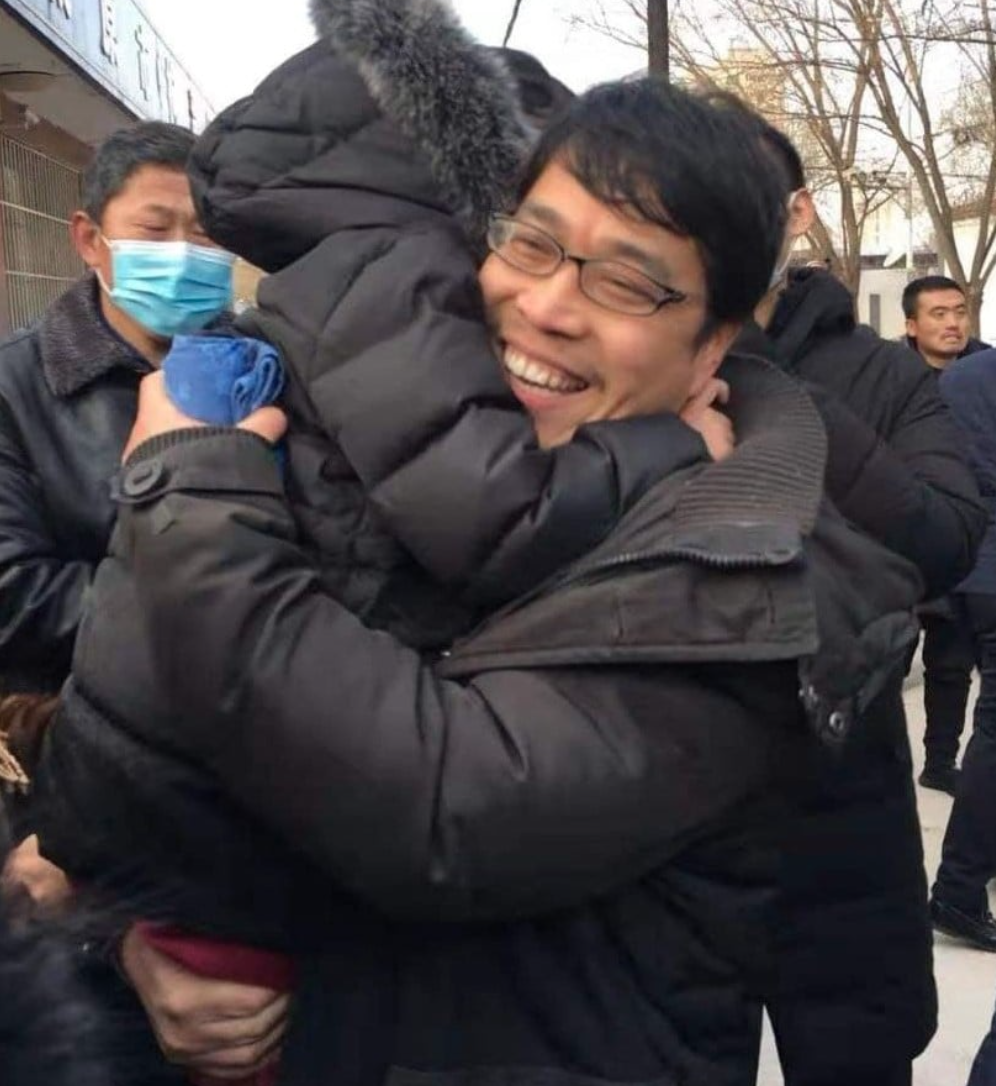 Today, a Christian family from Shanxi Province in China rejoices as they are reunited with their pastor.

According to a social media post posted by Early Rain Covenant Church, Pastor An Yankui from Taiyuan Xuncheng Reformed Church (太原郇城归正教会) was greeted by his church and family members when he was released from jail.

According to Early Rain Covenant Church, Pastor An Yankui (安彦魁) was sentenced when his church was raided by the police during a New Year’s fellowship on December 31st.

Pictured Above is Pastor An During a Raid on His Church

Pastor An was previously a preacher at Early Rain Covenant Church before planting a new fellowship in Shanxi Province. Pastor An was taken into custody, along with five other members of the church. The five other believers were later released, but the police kept the pastor longer, which is often the case in China.

While in custody, Christian pastors are often subjected to food and sleep deprivation, threats against family members, and in some cases, physical abuse.

During the raid, police confiscated the church’s books, hymnals, and choir gowns.

Early Rain Covenant Church and Taiyuan Xuncheng Reformed Church have both used social media to thank all of the believers around the world who prayed for them during this time of persecution.

You can follow Early Rain Covenant Church by clicking here.