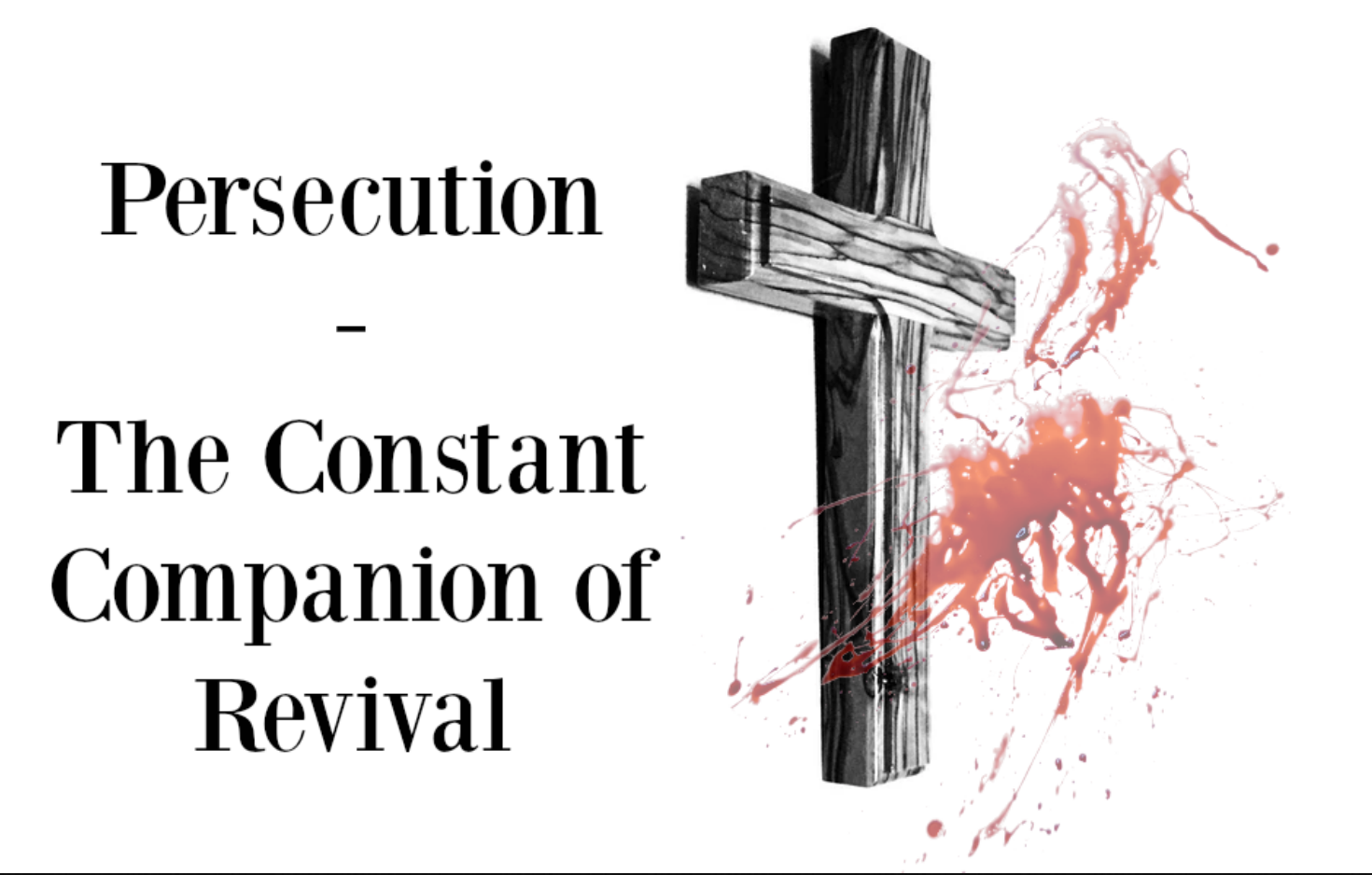 While researching the history of revival for our latest Bible study Chasing Revival, I found an element over and over again that kept showing up in every case where new believers flourished. It was a scary discovery that I wished were not true – that persecution is the constant companion of revival.

The connection between revival and persecution was a bit scary for me. I guess it is scary because my own Christian culture seems to have a strong aversion to persecution.

The Christian culture that I grew up with embraces victories, miracles, and success.

Forget persecution – the Christian culture that I was raised in finds it hard to even digest things that are offensive.

But what I found as a common thread throughout Christian history forced me to unpack what I was taught about a normal Christian life.

Today’s western church, the church that I come from, is increasingly finding the Bible offensive. As I write this, there are groups in Southern California that is demanding that a billboard of Pastor Greg Laurie holding a Bible be taken down because just the view of the Bible is considered to be offensive. The Bible that Pastor Greg was holding did not even say Bible on it – it was just a black book.

There are moments when our ignorance makes truth hurtful and offensive and we, in the west, can feel persecuted.

Southern Californians are not alone. If I am honest, I will find that my lack of understanding of God can make His actions seem offensive. If I can voice this out loud, I have to admit that there are times when His seeming silence and absence on so many matters are often times offensive to me….and few things in modern western society today are more egregious than being offensive.

I am not alone in feeling offended. On many college campuses today, being offensive, is considered to be the highest of crimes.

On university campuses in the West, there is a rising tide of offended people who are demanding the right to safe spaces. “Safe spaces” are places where people can be safe from any trigger words or phrases that would cause offense to their emotional well-being. So university campuses have created “safe spaces” where sensitive students cannot be exposed to anything they might find even remotely offensive and where they can be free from any words that might hurt their feelings.

Compounding the problem is that a casual phrase or even a look can be offensive; those are called micro-aggressions. Micro-aggressive phrases are banned on campus, and students who use them are considered to be violating the safe space of other students.

“Safe spaces” are not regulated to university campuses, but is also rearing its head in Christian churches. I discovered this as I traveled around researching the history of revival for Chasing Revival. I found that many of today’s western churches have succumbed to the idea that they must become safe spaces that attempt to insulate their congregants from things that might hurt their feelings.

I have to ask, how can we rightly evaluate the impact of the Gospel if the Gospel is found offensive by the world and we have insulated ourselves from that which is offensive? It is impossible—which is exactly how the world would like it to be.

When we are evaluating the impact of the Gospel, we cannot put our feelings before revelation. The light is offensive to the darkness; therefore, the teachings of the Bible will be offensive to society. If the church caters to the desires of society’s wishes, then the majority of what Jesus taught will be labeled offensive.

In Chasing Revival, I found that the light is offensive to the darkness; therefore, the teachings of the Bible will be offensive to society.

The words of Christ are only comforting to those who are in search of truth, and truth cannot be based on feelings. When I attempt to read the words of Christ without the cultural lens of a secularist society, I realize that maybe I have adopted the world’s idea of Christianity instead of the truth.

And as harsh as it might seem, what I have come to believe from this study is that anyone who requires a safe space and cannot deal with the realities of being offended, cannot participate in the Great Commission and cannot share in the suffering of Jesus that brings about revival, because there are no safe spaces in the Bible, and there are definitely no safe spaces in the calling God has put on our life.

If our walk with God leads to revival, it will entail a degree of suffering because our service to Truth will be offensive to the world.

It is the lack of a safe space that leads us into the will of God and exposes us to persecution, but this is the beginning of revival.

And I get it. It’s hard to embrace suffering. And I understand that the Bible is full of love, grace, mercy, etc. Don’t get me wrong; this is the central message of the Gospel. But the Gospel message is also truth, and truth is true regardless of how we feel. Truth couldn’t care less about our feelings.

Now, do not misunderstand. I am not saying that we should preach truth to intentionally hurt others. I am reminding us all that we need to be ready to expose ourselves to pain for the sake of searching out the truth. We cannot continue to create culturally homogenous environments that cater to the world and neglect the true teachings of Christ because of our fear of offending the very world that we are called to save. Why would a rescuer desire to mimic a drowning man in an attempt to save him? The truth only has power to change societies when it is shared, not when it is diluted, so let us cast off these spiritual prophylactics that keep the Gospel from being productive.

Let us toss in the garbage can of history those verbal condoms of safe spaces that keep the truth from impregnating revival into our society and let us more forward boldly proclaiming the true Gospel of Jesus Christ.

If you would like to learn more about the history of revival, you can purchase Chasing Revival here: